Bases put into the ground again 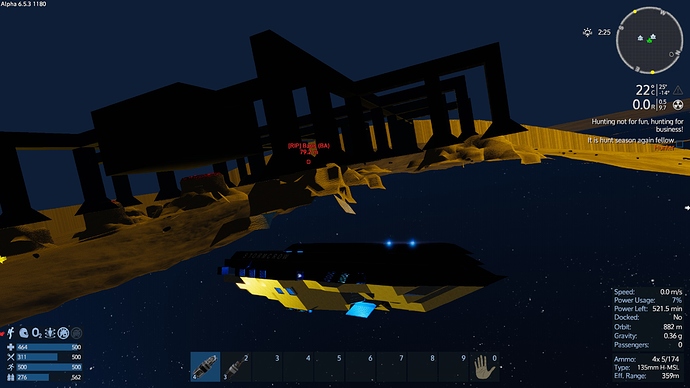 Dig from a gold deposit in between the sandwich layer and you’ll be able to core that base. The turrets look like they were up high enough to be sticking out as well, just my guess from the picture. Sometimes it takes a little more effort than just shooting rockets at turrets to take a base.

You are not allowed to push bases under the layer… Simple as that.

I know how to remove them but i wont dig for 1000m just becouse some people cant read.

this is not the last on the planet 3 pieces of such, I found them 2 days ago

well they havnt been removed.

yep, 3 base belongs to another faction, it is located further from these bases
I thought it was already long removed

I thought @Elfias talked with you and I thought everyone knows by now:

As long as the core is NOT in the Bedrock 1.st or bottom layer this is legit!

On this picture I don’t see any turrets at all.
So you have to enter a deposit nearby and dig to that base to be able to take the core and other stuff out.

Again this is my invention to make Bases on PvP more valuable and fun to live there / take them out.