You warp in pop the radar see something dangerous and warp out. That is basically what happens because your radar can detect so far out that any signatures means its a bad sign when your in a mining ship.

You warp in pop the radar and see some ships in the distance about 12km out and decide to rocket towards them cause your in a PVP ship, but before you get within 4km they warp out cause they saw you coming.

People are spamming the radar button a little too much cause of its convenience, without even moving to explore whats around them they instantly know what the perils they face are at a huge distance. This reduces enjoyable game time for all that are involved PVE and PVP.

I am asking you all to put up a vote to reduce the radar range to 8km in PVP areas. This forces PVP to instead of sit idle and spam the radar button to actually patrol the sector or set up a net of radar points. This also builds up a false sense of security for the people mining and realizing that detecting someone within 8km’s is really not a whole lot of time to give to escape if you check every few seconds between mining, but is still effective if your traveling while scanning to get out.

Not to mention your also reducing lag on yourself by scanning a smaller area over a larger one. I know that the PVE crowd will find this uncomfortable but is hugely necessary so the PVP crowd can stop gate crashing warp ins and give you room to move around. At the moment we are forcing people in PVP to gate crash cause they don’t have enough time to catch you at a farther distance. So we need the blinders on, all of us need them to make the radar a more practical device when it comes to tactics, rather then a universal mute button on all PVP.

Also if you didn’t catch it earlier this suggestion is for PVP space only not for PVE.

Yeah, no. If we have to put up with 7k playfiekls, I want to know what’s in that playfield without wasting my time.

So odd chaotic, your saying you would rather keep pvp the way it is? Your just wanting it to be easier to see if the system is occupied then I guess? I mean perhaps it would be better if we had some pop up that says a system is inhabited and then reduce the radar. This way you know someone is in the system and you just have to find them? Maybe we can get a device called, “Warp particles detector” that says someone is using the system and how many? Combine this with the radar and boom now you got a prey that you can search for. If you had this would that make it work?

I dont want to have to go through 100 systems to see where one person is hiding, that’s just embarrassingly shitty gameplay.

Up to the community to decide but for technical thought food: it would be possible to implement sub modules for PvE and PvP. Also second mode for weapons etc. 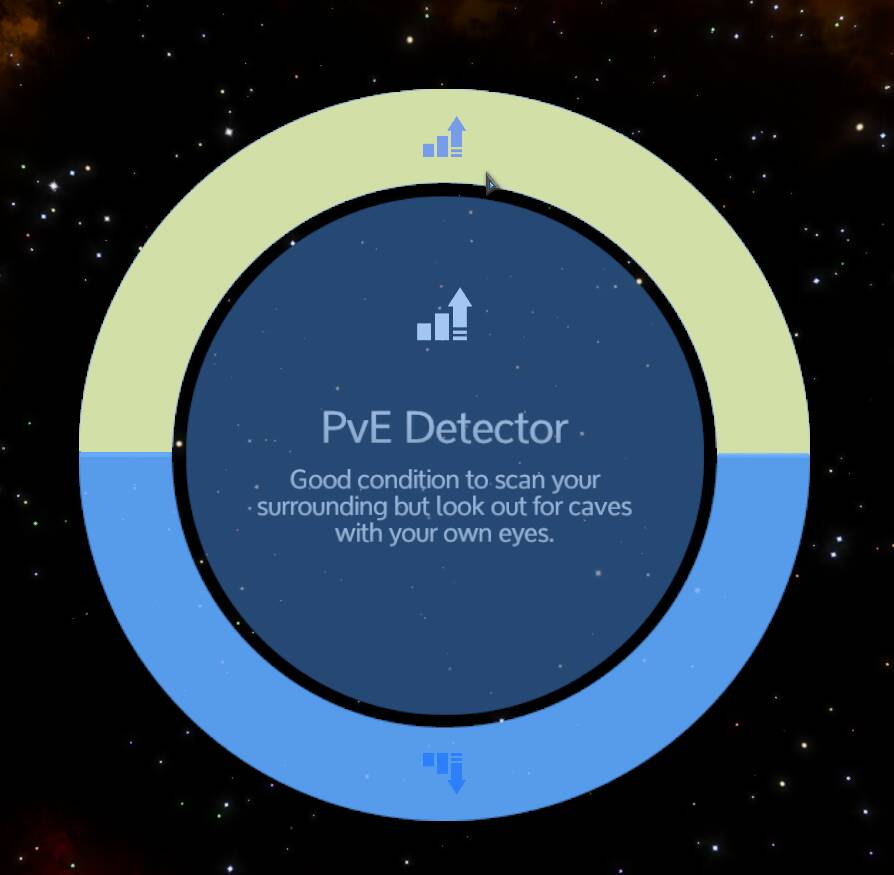 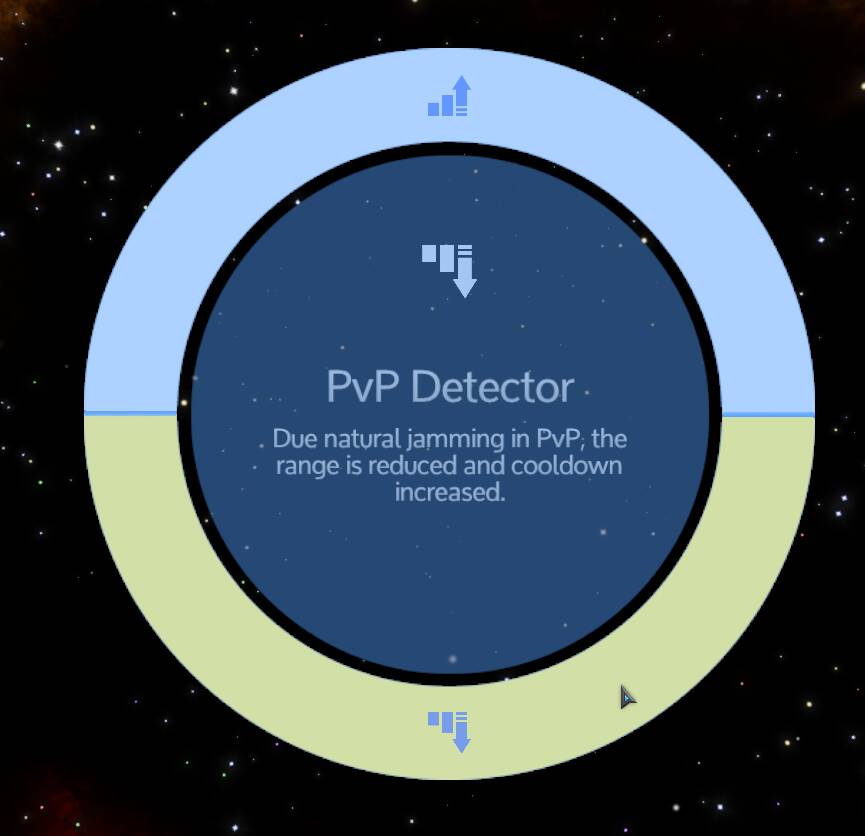 Focus on making the game playable, then we can talk

(Edit: In regards to Chaotic didn’t hit reply to comment for some reason) I’m sensing your more focused on complaining about the scope of the game rather then actually fixing pvp. Your complaint is that there are too many systems to search for easy prey and whatever changes made to accommodate you are irrelevant at this point. Seems like your just unhappy that you got a big galaxy to explore and you want a funnel to shoot fish in a barrel…

Yeah I think that would be cool RexXxuS, I feel like if people that do PVP actually addressed what bothered them there would have been further development at this point, its sad that you started with baby seal killers and fish barrel shooters before more came along with more practical ways of enjoyment.

Edit: more to add. I honestly would be happy making people that only hunt in single line hallways with sniper rifles less likely to play and bring in more mainstream pvpers that actually want to explore and hunt. After all you can only have so many snipers on a field of battle or it just gets dull and drags for time.

And yes I’m calling you a camper.

The scanner, like most of the toys in our packs, is a novel idea for many reasons. The way it works now does not seem an efficient way to collect and display data. If it could be integrated to be triggered in the system map only, then manually marking waypoints you want to see seems a much less resource hungry way to scan a sector. Think of most science fiction we know. Haw many of them have HUDs showing markers like this?

In response to Chaotic and other campers, Eve online has tons of of play fields and it seems to work out for those, like yourself, that enjoy hunting the maps as well as camping known routes. I finally jumped on this wold knowing that I’d have a chance to NOT get ganked my entire time here but also knowing that I have to be careful still while exploring. I feel your pain though. It was easier way back when and now you have to work a bit more for your kills, no less like the PVE’rs had to do to find some peace.

You don’t see a difference?

I don’t see a difference, could you please explain it in carebear?

Maybe you should look with your sniper scope you may see it better. Or perhaps the radar can find the meaning in its 24km range. Your comparing a free to play game to a paid game, and Eve is not perfect it had a really rough start as well.

I’d rather have to use my brain, employ tactics and strategy, in order to scout a system rather than instantly knowing I am under threat and warping away.

I think there is ZERO chance of my running into anyone without OCD 10, to PvP currently. And frankly, I don’t want to fight people who just pull ships out of their butttocks with no hope of ever impacting them whatsoever.