Had four ships at base, not there anymore

What happened?
=> EU server ships not returned with new server? Was a notice posted on this issue or how the return of the EU server would play out?
Player(s) with issue? (steam name)
=> RedDaggar
Server? (EU or NA)
=> EU

On which Playfield?
=> Freelancer HQ

Structure Name(s)?
=> none, structure commander blank cept for base.

How can we help you now?
=> Will ships, or their salvaged parts be returned?

Are you referring to this? 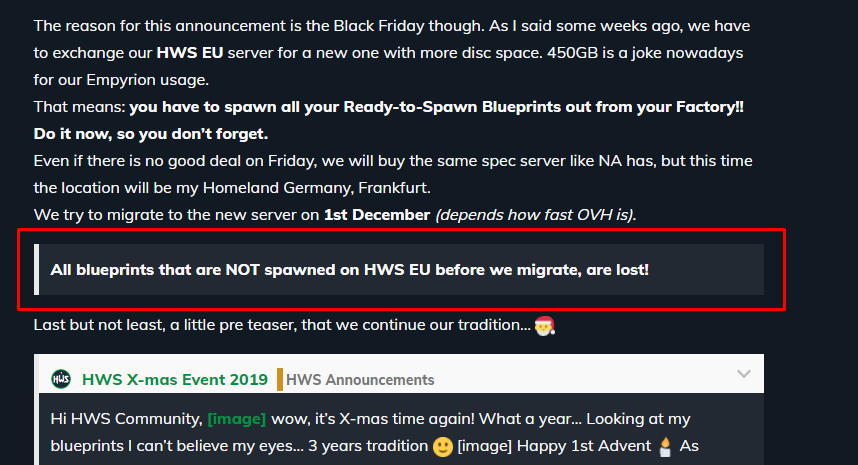 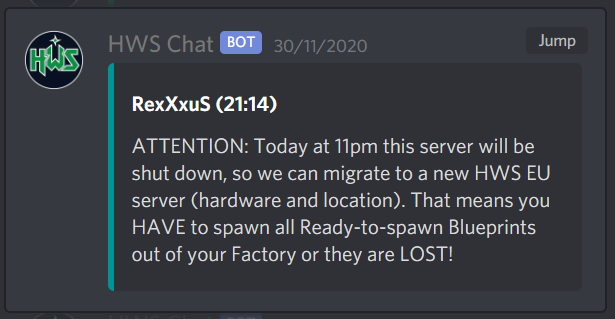 No, not blueprints, the ships that were sitting on the tarmac. Am I missing something, is “spawn ready blueprints” a code phrase for something else

to help we need at least to know the structure names.
Since its now nearly a week since the server switched it makes it even harder to find them or the reason. So as much information as you can give us.

Kriel Accipiter (CV), Kriel Ghast (SV), freelancer “beam me up” (SV) and Sparrow (CV). Believe them to have all been Private.

hm I found one mention of the ships:

So they were gone already before the Server change. Nothing we can do now anymore. Sorry.

Server Change? The server was taken offline without warning or notice. Or did I miss any advisement to scrap the ships to retain salvageable parts? I don’t recall seeing a notice. The ships were there up until the end of the old server. Then the new server was set up. I checked in a day or two after that and the ships were gone. How could they have been saved through the process?

Clarification, yes there was the 11/30 notice, but you are warning about blueprints. Does that imply the ships themselves. Also I was unable to log on earlier around the 15th to 20th and believed that the server was shut down at that time. There was no link to the server in the menu, unless it was moved to the general server menu from the History Menu. I can deal with the loss, no biggie; Just trying to understand?

there were enough announcements about it. But no other structures besides the blueprint factory were affected. So you loosing the ships has nothing to do with the server change.

I checked in a day or two after that and the ships were gone.

Well if that would be the case, why didn’t you say anything at that time? Time is essential for recovery here.
You lost your ships either due to a game bug, or not being touched, or something else (but nothing to do with the server change). But since you claimed the loss a week later, there is not much we can do anymore.
As you can see from my screenshot the ships (at least the one I still found in the logs. If it is the one you speak off) were gone according to our logs 2 days before we even changed the server.

I found one more detail about the one ship I can find:

It was wiped by the game due to not being touched in 15 days.

I checked your online status on EU and saw: 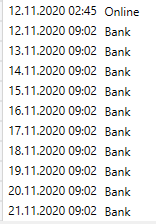 You were not even online from 12.11 till 05.12 on EU server. its not enough to be online on the NA server.
Thats why your structures got lost.
As I mentioned, sadly due to the long time between the loss and your report of the loss, as well as the server change (we did not move all old backups/deleted ships over) there is not much we can do this time

Cool, that explains it, didn’t realize it was that long. I keep notes in a spreadsheet and had the wrong date for the last time I was on. Also I think the menu where you select a server had moved EU from “history” TAB to internet tab…heck IDK, thanks for the info and have a good one.