So we are increasing to BP7 this time around, and its gonna be a super crazy, thing.
I am very excited about this because, I can finally bring back my old war-ship- The renegade.
and this may as well mean that Gareth’s Shield may be able to come back as well!

Initially, I had planned to inform people about how they were wrong about expectations,
of sizes, and how the old 7 is not the new 7… however.
After I just did some research of my own here is what I found.

I have two major battleships, from back in 5.5 the two favs, were the renegade, and the shield(Desert rose-new-) @gareth

So as you can see what I thought would be a huge size changed after spawned,
it was a huge change. I was very surprised.
I though that since 5.5 and the new 6.0 triangle calcs,
there would be just no bringing these ships back, however, and thankfully,
I was proved wrong.

The mass of pyramids, on both ships, turned out… when spawned… hey not so bad.
and Im thinking, If i remove most of the fuel tanks, and say… 50% of the pyramids, I may be able to get the desert rose, down to class 7. Its definitely do-able, and now I’ve got some work to do!!
Hey I may even spring for that, carry BPs over DO package, haha, might be a nice advantage, to destroying, everyone haha.

However many people are complaining, about the large ships, that will be being built now,
and I was hoping to shoot these ideas down, but, they were proven correct.
There will be so many larger ships now, and it’s definitely gonna be more like… 5.5.
I for one… am actually very happy and excited about this.

I felt the class size restrictions, of 6.0 were honestly… a bit too restrictive.
It was great for pvp and anti-lag but… idk somehow less fun?
It will be nice to have some cool/yet tanky ships available again.

Oh also I can re-design the millenium falcon, a battle sv, that due to class restrictions, could
never have reached its full potential in 6.0 but now? It may have a great chance!

Here’s to all the fresh warriors and battles to come in 7.0
This one goes out to my mate GARETH!! long live the king of ship design!!
@gareth!
oh and a side mention, there has been quite some buzz, about a few guys on the russian,
side of RED who have some pretty awesome ship designs too, forgot there names though.
Perhaps founder of red?

Personally I am not sure that going back up in class size after experiencing the pain of dropping designs down to new limits is going to be a good thing. If performance issues come back we will have to go through the pain again, but if we started low we can always gradually relax the restrictions a class at a time and monitor the effect.

What I am VERY concerned about is the currently unresolved issue of ships massively increasing in class when they take damage. A class 7 ship could very quickly become a class 8 or 9 as a result of action ether (PvP or PvE against aliens).

If strict server rules with regard to ship removal for oversized vessels are implemented - you will be rushing back to your repair bay after every battle to see if you can restore the original class size before the ship is taken by the server.
On the reverse side, if server class rules are not enforced, then these rules will be ignored widely.

What I am VERY concerned about is the currently unresolved issue of ships massively increasing in class when they take damage. A class 7 ship could very quickly become a class 8 or 9 as a result of action ether (PvP or PvE against aliens).

A class 7 ship damaged will go to class 40

that’s assuming you build it very efficiently in the first place. 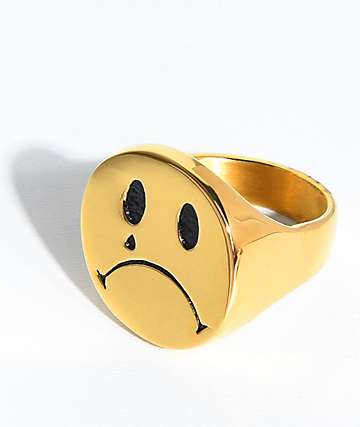 In agreement with doc and sacred.

My pre-class formula changes cv was a max class = 4. After change, jumped to 10.

Working on it in creative - primarily swapping out pyramids and other tweaks to further reduce triangle count has brought it to 7.

Hoping to get to 6, but may not make it there.

hey man, this is an insane glitch, perhaps we can work on reporting this together, you know… we still have some time right now to work on getting this reported properly. I dont think its a huge concern however. But we can work together if its really important to you, I will help you. join my discord https://discord.gg/8BAg5b

We should battle my friend! good chance to test stuff on experimental

it does not matter none of this as CV battles have long gone and with update to 7 I see no reason to say CV battles will come back. its all about planet battles.

in 7.2 experimental, the class sizes are in constant flux, what was a class 15 last week, is a class 8 now, but I agree with the damage calculations increasing the class size, that’s a constant. Plus with the need to triforce armor for pvp, vs triangle count, it’s a difficult balance. to maintain.

I would love to see a SV mounted repair module that would work as a medium to large area repair, so that we could repair our BA/CV a little eaiser. Make it consume extra ammo, and give SV’s more utility

They have one like this already, it’s called the Double R and it’s an HWS exclusive ship sold at the EGS garage.

Firefly also. I designed that one, it gave rex and hop the idea for the doubleR

Props on the thought, I wouldn’t have thought of it.