I was wondering if anyone else has had this bug, where it looks like something has eaten part of your ship.

We had a ship in deep space (40k out) used for a base. It was left unattended for about 5-6 days, yesterday I went to check on it and it was missing a part of it.

Server is NA and ship info

Here are a couple of screens 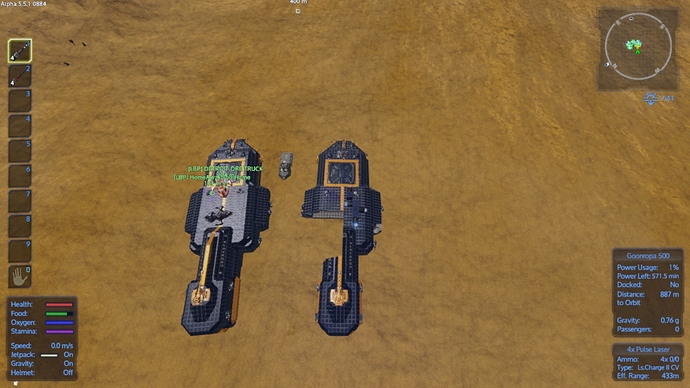 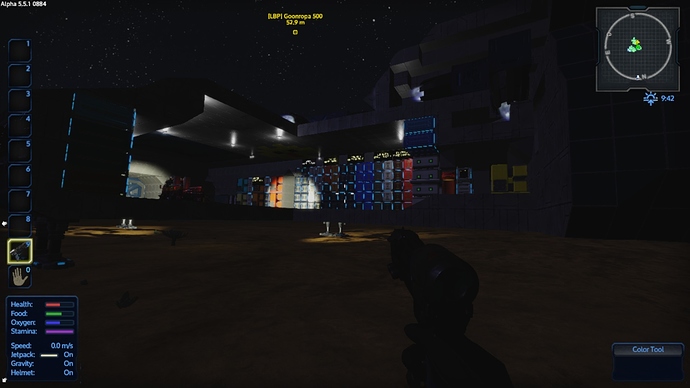 I have moved the ship to Zion so it could be unloaded, I’m not worried about the lost items stored in the missing part of the ship. Just curious if any one else has had this issuse

i have seen a few posts of this mysterious ship eating virus. You would probably be #3 or 4 over 4 months id say.

Never did see a reason it happened – Speculation on partial visits, but i think that’s been ruled out. (Visits only registering parts of your ship, the rest disappearing on wipe)

I only know that it is reproducible if you place too many 4-way-connector blocks. A little change to the structure will trigger it then.

But since you didn’t touch it and just visited days later it would be weird. Dunno but as we all know living far out in space are not supported by the Unity engine yet.

At least I requested already a bigger bounding box of a glitch free deep space by Eleon.

had it happen to one of our ships in 4.0, it appears to follow chunk lines, but in space? on mine, I thought someone half broke it down, and left the other half as a joke.

I saw someone do this to a ship with 4-ways like you said @RexXxuS. If you place enough , about 1k it seems, that part of your ship will go invisible. The blocks are still there but can only be damaged when the front most blocks are removed. I think they were protecting a core or something because you could see it floating all over from certain angles.

I went to creative and was able to reproduce it. It was pretty neat. He may want to hit “P” as the containers may actually be there.

Hmm i had this happen with a 20k iron 30k silicon pure shutter cv, and even if i spawned it in creative mode it had the same cut lines, although if you jump into it you still get hit box’ed, as thou the parts are still there but invisible.

What you are describing is the array index out of bounds bug. That one happens with a lot of triangles. If you don’t mind me askin, how many are on your shutter cv?
What we are talking about here is one where it is actually completely gone, like the space can be walked through.

ahh ok, was about 3-4k shutters

not only ships… hm 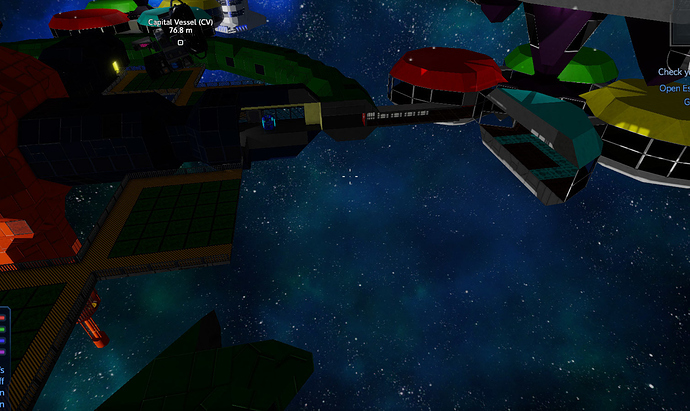 Can you please count the size of the wholes?
How many blocks wide/height/length. Maybe that helps us to narrow it down to something that the devs can use.

Interesting to see it happen other than in deep space.

The size of the missing blocks in my ship where 161414

Something ive noticed recently when doing Synergistic ship building is that devices can delete blocks if placed inside the block from the opposite side (aka, one side clea, other side not, place device in clear block, it gets place on opposite side, deletes blocks).

Could be completely unrelated, but there’s clearly a magical “delete block” function.

ya this is part of the reason why mirror mode doesnt work for even number sized blocks. It tries to place at the exact point you are looking at, on the other side of the mirror flip, and turn the device around on that side. The problem is that it pivots around that one point, and that pivoted device does not do the normal mirror mode check to see if that space is occupied. It just overwrites.

Looking at the screenshots, it looks for all the world to me like individual chunks of the playfield got corrupted and/or removed. But maybe thats just me.

For once we all agree.

I’ve seen the bug Obsey was talking about too, but this is a different one where the blocks are physically gone. I happened to one of my ships about a month ago too, checked Pmenu and block count was reduced, devices were missing.

Could it be 16x16x16? Thats exactly one chunk in the game.
Was it only with blueprinted ships, or also with selfmade ships?

Was it only with blueprinted ships, or also with selfmade ships?

This was the only time I have encountered this bug, The ship was spawned in on the server from a blueprint, It was also spawned pretty close to the start of 5.0