Questions to OPG and U-T

How can we help you now:
=> we need justice

good morning there were so many questions to our friends. the first question is how do you have so many ammo on you SV

and last How do you spawn hover? what would he shoot through textures

U-T does not tolerate cheating or exploiting at all. This looks like exploiting to me but need RexXxuS to confirm. Sadly I wasn’t present in event so I didn’t see.

If one of our members is punished for exploiting they also lose their spot in U-T.

If that’s actually the case, my deepest apology to faction RED.

You can see in video. Clear as day, Rhino shooting trough wall to destroy turrets on HV tower inside.

Hello everyone who is involved in the Eton Event.

But for now, I hope for common human sense. If I see it gets more dirty I will pull the trigger again as I did last season. If too many cheater are ruining the fun, I will deactivate it on EU completely again.

If you recorded the thing, paste the whole video, not just these short bits please.

as outstanding i need to say awsome glitch ship from OPG

Outstanding nr. 2 thing about the “wall shoot” remember … OPG shooting AAA GMC bunker last session or 2 session S8 you know what i mean … so its a Puls laser Glitch … everyone knows it … and CHIEF whas in GMC so he knows about this trick … fact

I think i know what happend here, and i talked with Rhino about it.

Currently empyrion doesn’t load doors unless you’re within a certain range.
This can be used, so you’ll shoot through the door, and for the enemy it looks like exploit.

Rhino didn’t know doors didn’t load, he simply thought the door was open, so he shot in, to try and kill the RED vessels. 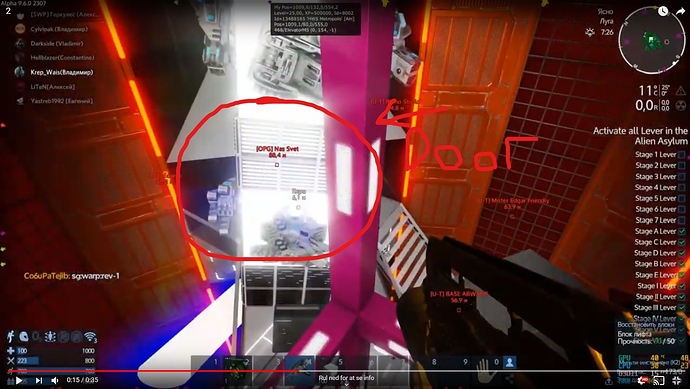 update:
I can’t do this in SP for some reason, but i’m pretty sure it works.

why you complain for others ? “read on top” “will be good to see a video from the side of Rhino aka Chief engenier” …
btw Chief knows more about Empyrion then we all.

I didn’t complain for others. I simply told why i think it happend, and told that i told Rhino to avoid doing it the way i said it could have happend.

And i know who Rhino is.

What about another compromise? Instead of the land claim on the main POI, what about putting an indestructible LC on the four towers and expanding the blocks out to cover the entire area including the metropolis? Or perhaps a minibase built on the metropolis that’s nothing more than a LC for the same function? 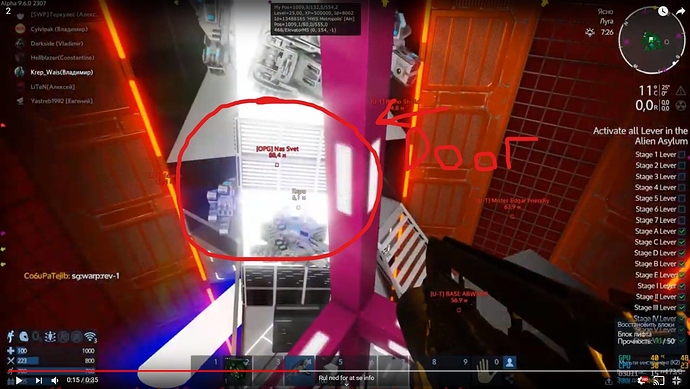 In your own picture you show where are doors. You see laser rounds going under walkway which means it is not going trough doors, but trough walls. Also you can see his name on the right. He is under door level.

It is very obvious what he or you said aint true (shooting trought doors).
It could be he made hole in wall and shoot. I dont know.

As Rex said. It would be very good to see his video and know what actually happened.

For now it looks like shooting trough wall or trough hole in wall.

Could also make it all elite builders league, put a portal down in ECC. Would make it interesting for sure.

What about another compromise? Instead of the land claim on the main POI, what about putting an indestructible LC on the four towers and expanding the blocks out to cover the entire area including the metropolis? Or perhaps a minibase built on the metropolis that’s nothing more than a LC for the same function?

Overall very interesting. Few issues with that I think:

make the planet elite builders league for bases and hvs

That sounds as a better compromise but how do you get HVs to Eton?
Not everyone know the possibilities to fly with HVs from the Orbit down to a planet.
And CVs will never be allowed for Eton.

And nobody is going to build a HV from scratch… but maybe you should… have to think about that Story / Gameplay option…
Or I implement a quick PDA Eton Mission, which is really teaching / telling you to deploy HVs from orbits.
There are some cool movies around where similar things are realized and it’s cool