Personal lockers are one time use, always, even when the poi resets.

For the rest, admin must answer

not quite right, i get personal locker minimum once a day loot everyday

just now i went there sooner then 24 hours and it was empty, everything else resets every 6 hours, so also the personal container should in my opinion

you perhaps also want the content of the containers to be delivered directly to your inventory every 6h so you don’t have to waste your time?

check logs or advice me what to do to minimalize these crashes, only happening to me while fighting the sphere and destroying turrets, happens also when fighting the dyson sphere defences, again at turrets explosion, never happened to me when fighting ships (battlecarriers or tovera dreads)

The new voxel based blast damage is very costly. Do you maybe know which turrets crash you exactly?

It should be independent on the server. You just have to solve puzzles as others did.

so also the personal containers reset every 6 hours (took me 1 hour to clear the sphere, cost me 1M in ammo and because of crash 1,5M in repairs) but did not received any loot

not quite right, i get personal locker minimum once a day loot everyday

Don’t know what that means.
I just tested it and it works. Personal Container do reset ONLY in Black Hole, because I do a “wipe all”.
But as I said, only if you solve all puzzles and reach the end. 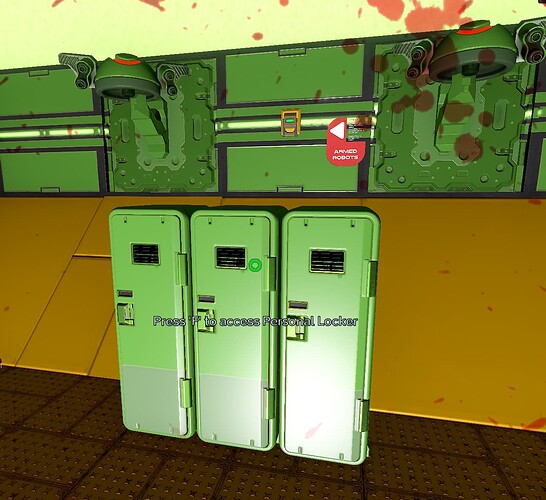 Hi, i send you personal message with links to videos as it contains spoilers and personal ship confident data from my PVP ship

Regarding the loot in the Black Hole sphere: i can confirm now even the Sphere it self resets every 6 hours (all turrets, switches, enemies, normal containers) the personal containers reset only once a day at 6PM restart at Black Hole Wipe:
Video is 2x speed to save time, contains pins for doors

Regarding crashes: cannot confirm if its only the explosion of one exact type of turret or multiple explosions, but you can see in the video that after i log back in, radiation and temperature is same as i would be in space, it gets back to normal same time i can move my ship again,
this happens only at the Sphere in Black Hole, not sure why, nowhere else i get this issue where i cant move my ship after logging in.
Video is in real time with loading so you can see how long it takes to get the ship moving

I am preparing more videos for the other issues, it takes time to get all the materials, cut it, render and upload it.

If you have any more questions let me know.

reset only once a day at 6PM restart at Black Hole Wipe:

yes, this is correct and intentional.

Thanks for the PM / video. I’ll check it asap.

Hi, i done some more testing.

Freezes happen to me only by the looks of it, when team members are there no one has this issue.
I tested even with all turrets off and still froze, also when i was in SV destroying inside turrets with Railguns or by “foot” destroying inside turrets with rocket launcher.
I reinstall the game fully, deleted all related folders, turned off all applications, antivirus, checked temperature of GPU and CPU still was freezing, tested several in game graphic settings and FPS settings, does not look to have any effect and freezes occurred.
Since 1.7 i get these freezes much more often, (while in 1.6 it was occurring only by the sphere) now its happening everywhere when explosions occur (like 5-6 times an hour)

About the puzzle, i could make 4 out of 5, but the last was able to do with a try and error testing all combinations, it refers to some professor Void quest line that is not available on RE or is it?

About not able to move my ship after logging in it must have something to do with the Sphere itself, as anywhere else in Black hole i can relog and move my ship instantly, even when big base and lots of ships are next to me. You can easy test it, just go with in 2-3 KM from the Sphere, just outside of the turret range but in sight of the sphere, relog in any ship and you will not be able to move

If the “cant move issue” is a game feature caused by the Sphere it self and cant by dealt with somehow you can close the ticket.

Update: After today’s patch to 1.7.1 i was at the Sphere and got 0 freezes, all went smooth, maybe was caused by one of the things they changed in video settings:

This has no impact.

Added a VSync option to the game’s video options menu

This, maybe. Do you have it on or off?
Did you check vice versa near the Sphere? Does it crash with VSync On for example?

You can easy test it, just go with in 2-3 KM from the Sphere, just outside of the turret range but in sight of the sphere, relog in any ship and you will not be able to move

I try to test it myself today and report back here.

VSync was OFF, i can test it out after BH wipe with VSync ON

Update: well yesterday and today was working everything perfectly no crashes, now after this update 1.7.1.1 again several crashes with in few minutes… lost my ship now because of it… GG

made a short 2x speed video HWS Empyrion 1.7.1.1 BH Sphere - Double crash and ship loss - YouTube
what ever they reverted in to the 1.7.0 they made it crash again, i was so happy with 1.7.1 even the ship movement was bad looking i could at least play the game

lost some good stuff there

Did you do something with the “cant move” thing at the sphere Rex? i dont get it anymore when i relog near to it

OK but this causes much bigger issue now! not sure what has been done, but now my shield does not register when i relog, even i got still shield my ship takes damage and looses blocks… thats how i lost my ship in the video before, now happened to me again, but luckily i lost only few blocks this time…

No, I did nothing. I tested it myself and didn’t get freezes.
I see you experience random issues, which I can’t help with unfortunately.

About the puzzle, i could make 4 out of 5, but the last was able to do with a try and error testing all combinations, it refers to some professor Void quest line that is not available on RE or is it?