What happened: I recycled a base late last night when I was really tired. I thought I was hovering over the base not touching put apparently one of my side docking pads was touching a base block, so it got deleted along with the base.

Player(s) with issue: Booyaah
Server: HWS NA
Time (cb:time): I think around 10:25 (see screenshot below)
Playfield: Golden Globe
Structure Name(s): Falcon Boo Don’t Touch
Structure ID(s): 28671079
How can we help you now: I was hoping you would be willing to restore this SV from the last backup as I never usually ask for ships to be restored from my mistakes. If possible, I would be grateful if you could put in back on the Kelt playfield anywhere. Thanks for all your hard work. 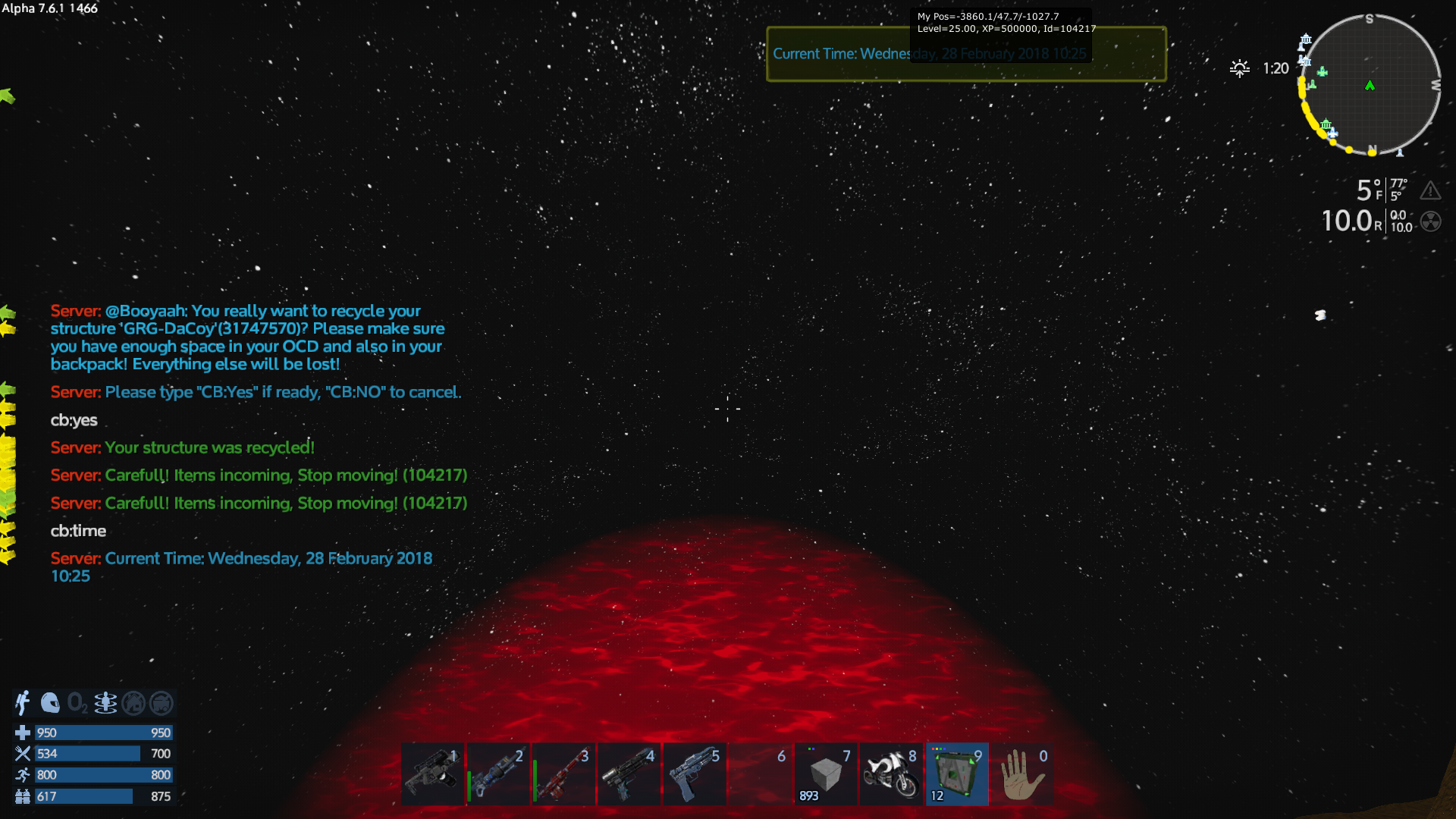 Should be quite known that this happens then but I restored it for now to Kelt.