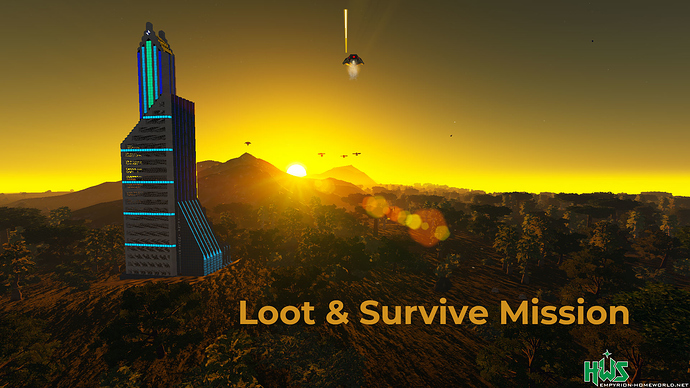 after a lot of work a bigger Patch is waiting for you!
I thought about many things recently and this is more or less an update or “Part 1” of changes.
Let’s begin with some simple stuff.

Recently I observed the Chat on both servers for some hours daily. It’s interesting what is happening and that way you can see some pitfalls or improvements.

Example 1
Using chats in faction chat vs global chat.
Many of you know, that commands need to be placed in faction chat to don’t spam everything.
But it would spam your faction chat, which is for some more important.
We can all agree, that the Empyrion Chat system is not 2019, so we have to live with it and I allowed chats in Global Chat again.

The main advantage: players will see sometimes that there is a command like sg:warp:xx … or ocd:put… or even egs:setstarterplanet !?

It’s a nice free advertisement.
We have the cooldown system already to prevent mass spam and again, most of you will still use faction chat for that anyways (privacy reasons)

Example 2
Speaking of OCD… how silly in its nature is the fact that you can’t use OCD on starter planets but on Prototype? Prototype which is meant to be super hardcore.
With the recent change, that you need to visit an OCD Zone for OCD level 1-4 it doesn’t make sense overall anymore.
In the end it is your decision to use OCD or not.

So overall we will turn it around for the next season: the Prototype Planet is a mega hardcore survival start without OCD, mass Aliens and hostile to everyone. The regular starter planets however will allow OCD. They will also have some OCD Zone POIs available here and there.

With a huge effort but even more requests from the Community @Zackey_TNT, @TheState and potential other Curators created the first detailed HWS PvP Guide!

Check it out here:

It is specifically created for HWS but has tons of good knowledge not everyone probably know!

Keep in mind though:
PvP is always subject of individual opinions! Nevertheless there is a baseline and you can contribute in a constructive manner.
Any finger pointing or other toxic approach in that Guide is removed without any warning! 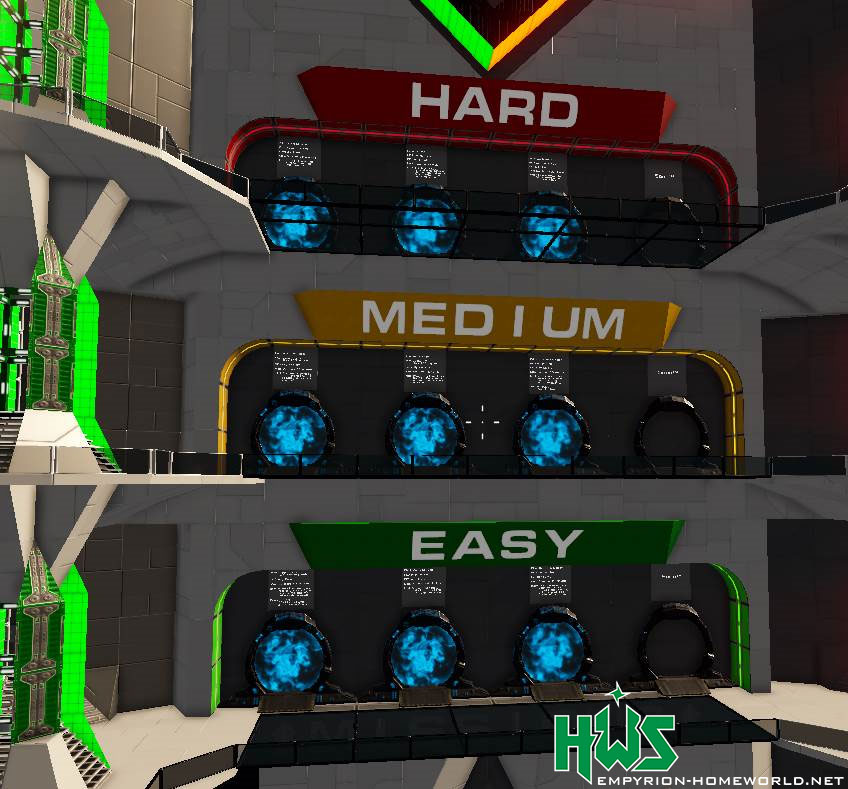 Reaching the Patreon Goal I’ve started with Part 1 of adding and reworking our HWS PDA - it’s much more consistent now.
While some of you can’t use it to its full extend because it got integrated mid season, it will be fully ready for the next season! 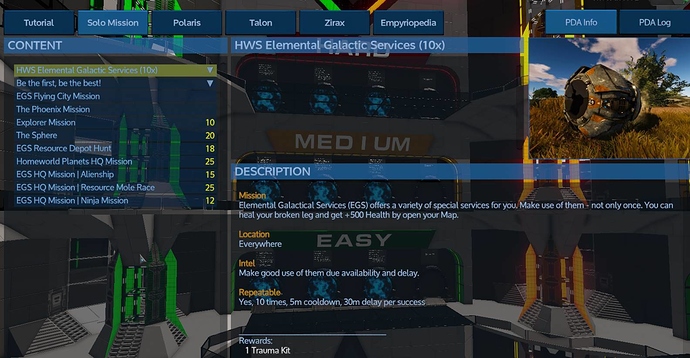 Highlight 1
We implemented the new and long requested PDA Auto Activation Chapter feature.
That means for example that if you walk into Alien Asylum, the PDA Chapter gets automatically activated! It sounds trivial but has massive impact on guiding players through missions and Story — you will see!

Highlight 2
Please let me know how you like the new “Loot & Survive” Stargate Mission!
It was some seasons ago my “Battle Royale” Scenario. I reworked it and should be more fun now! Especially with tonnns of loot — if you can manage some PvP + Alien Party!

As announced, I’ll setup today the new Deathmatch Events!
For the beginning it will be a Deathmatch about HWS Garage ships. But soon also your own designed ships with certain conditions (e.g. max. 1000 blocks)
They will be available every 1-2 hours and really free to join. No requirement or punishment.

It’s not that major but might have a noticable impact for some PvP guys!
I reduced a lot of item hitpoints by -10% and reworked some damage / range / ROF.

Please make sure to read the full changelog here: 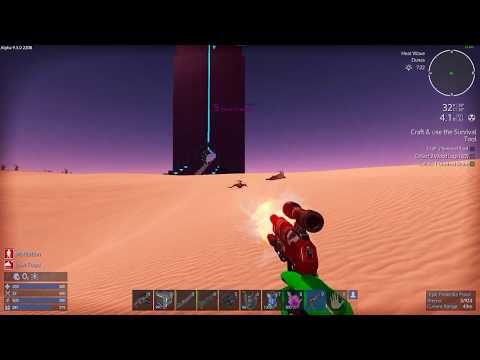 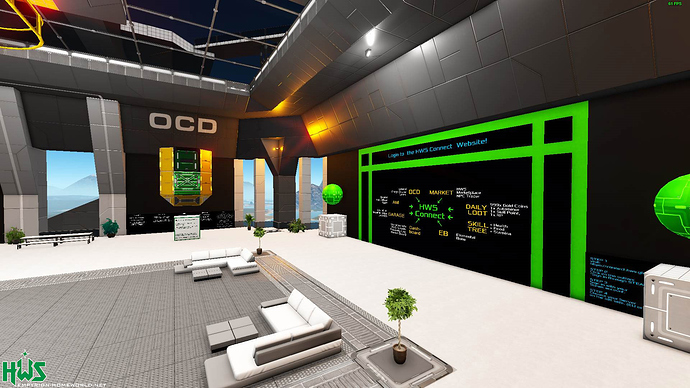 And some other fixes along the way…

That is not all though! The work for HWS 9.X on ~13th March started heavily already and I’m excited to this because we get a new start for the main Origins and much more detailed Story elements!

Thanks for reading and we hope you have fun!

With all the work and well, easy 100+ hours per week into all of this we really would appreciate if you support us via Patreon! Thank you!

Become a patron of HWS - Homeworld Server today: Get access to exclusive content and experiences on the world’s largest membership platform for artists and creators.

Just my 2 cents, but maybe it would make sense for the Prototype planet to still allow OCD:put, since you can’t take your things with you when you leave?

you can’t take your things with you when you leave?

Only HV content needs to be put in the three above. Or docked to a CV.

Sorry, I guess I’m behind on the Prototype meta.
I was under the impression that you still had to leave through a portal and couldn’t take anything but what was in player inventory.

I was under the impression that you still had to leave through a portal and couldn’t take anything but what was in player inventory.

The Prototype System has an One-Way Supergate

You only need to visit the “Decision POI” once to pick an Origin. Afterwards you can fly with your ship to the Supergate and use the Supergate warp command

For the beginning it will be a Deathmatch about HWS Garage ships. But soon also your own designed ships with certain conditions (e.g. max. 1000 blocks)

yesss.
I wonder if public constructor is functional now? At least if it is set to public we should get to set the input/output container ourselves.

I’m not sure what you mean? Custom craft matches won’t be in the same match as garage ships, and the 10% nerf is against everything except xeno steel, which you can place on your CVs and bases if you’d like.

Even with this 10% range buff to HV Rockets and Plasma… it seems that SV has way too much range over HV.

Thanks I will check that!

Thank you for the testing and info! I know opinions are not the most important thing, but I think HV’s should have 5% to 10% longer range than SV’s since SV’s have a huge mobility advantage. So thank you for bringing that to Rex’s attention. And thank you Rex for looking into it!