the last weeks it got bit more silent - it helped me a bit to recover and continue pushing HWS and Empyrion for you! So here we are with a quite decent patch 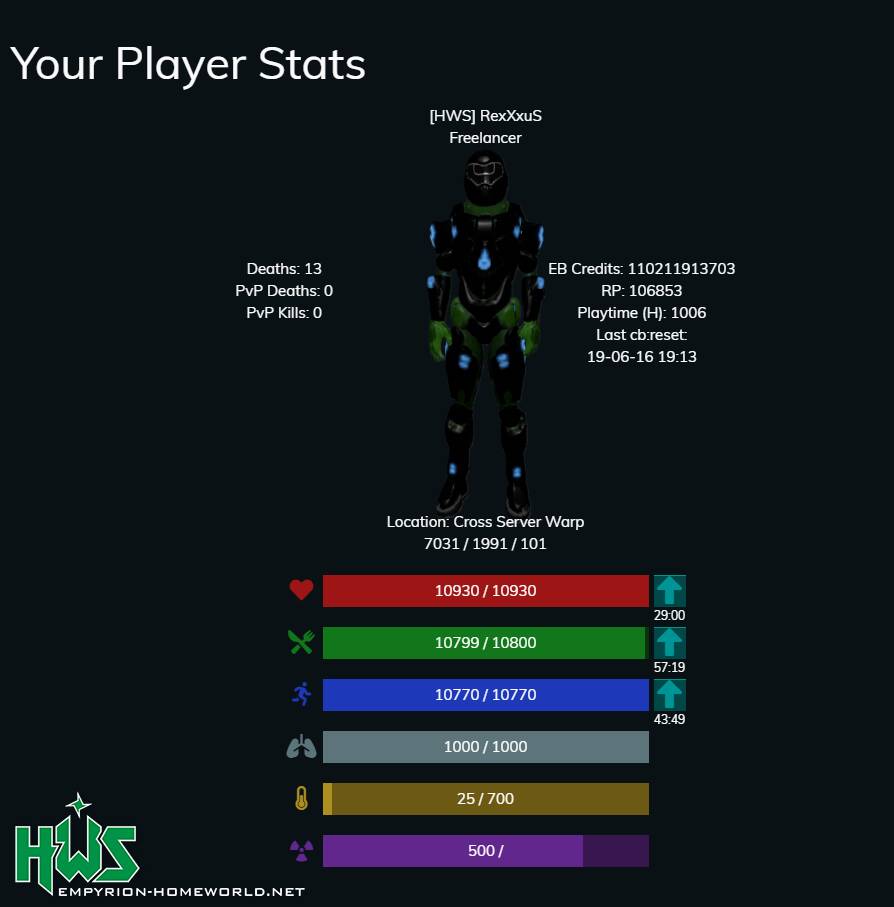 While we are working in the background on a big “HWS Skilltree 2.0” patch, we couldn’t resist to give you a brand new HWS Connect feature called HWS Stimpack!

You have too much credits but always bothered with your Player stats? No more!
Boost your Health, Food or Stamina to max. 10 000 to survive the next adventure for sure!

HWS Stimpack is available only in HWS Connect now!

HWS Supergates are 13 months old and gained massive popularity around the whole game. They give you a very special ability to travel through the Universe with your ships in a different way than the regular “fixed” “K-Warp”.

However, to push Supergates to its fullest capabilities we always offered them free for you!

The Elemental Galactic Services released a new finance report and identified a big gap
in their financial network system. With a vote of 346:1 a decision was made that the usage of Supergates will cost Credits and HWS RP in the future.

We obey the order of EGS but implement the new reform in a slow incremental step to the HWS Community.
The first Supergates which will cost 10 000 credits and 1 HWS RP per usage are the Supergates in Eton System, Nova and Titan System.

In the deep of the HWS Universe there are creatures almost nobody have ever seen. HWS Astral’s are the fundamental in a long history of the past and future of HWS.

We are proud to announce a new HWS Patreon Tier for $70.
This HWS Patreon Level is somewhat special though and needs further explanation:

It is ONLY meant for incredible generous players out there who want to support HWS from the bottom of their heart without asking anything back in return!

It is in limited amount available of 7 and we can’t resist to thank those people with a little gift from our side: the Astral Supergate: 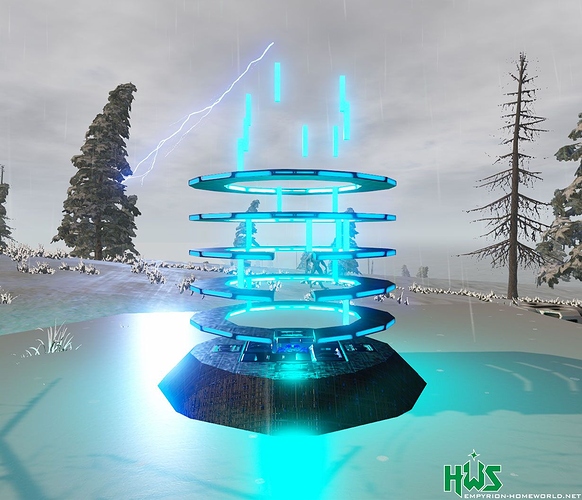 Only HWS Astral’s can use this Personal Supergate. It has the special convenient attribute to be placed on ECC and link to your other Astral Supergate in another PvE Playfield.

After years of struggle, looting and deformity, the planet Eton has changed dramatically. The once vegetate landscape gave way to a desert of exploitation with fatal consequences. Infiltration and destruction forced the Government of HWS Metropolis to call for arms by EGS and the Aliens. Working on a colossal and advantage Shield System to protect the Capital of Eton: Metropolis. 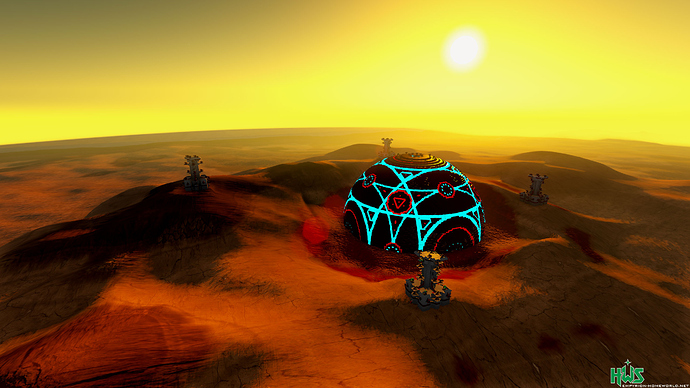 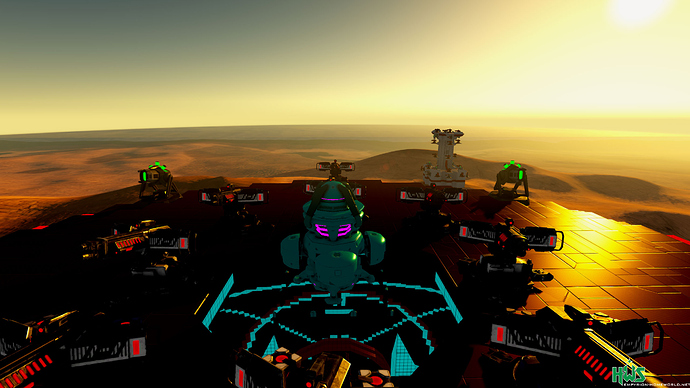 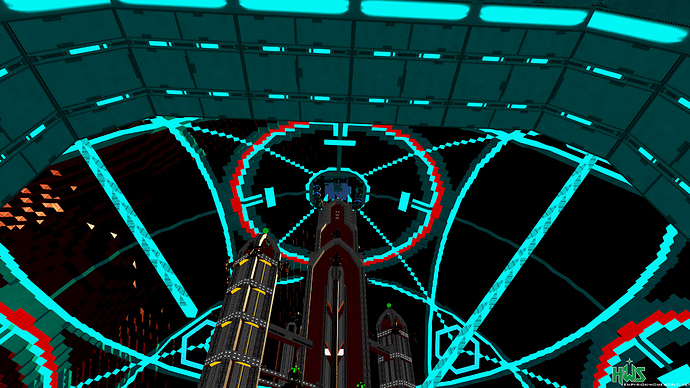 Eton 2.0 is a reworked version of the popular PvP event on HWS.
It addresses couple of “issues” after months of observations.

After lot of feedback and discussion with Eleon we have now the ability to change the drop rate of ores while drilling.
As a very gentle change I increased the output of Gold as following:

The long term intention is to make Gold an ultra slow diggable resource material but increase the profit you can make out of it. That way we keep the terrain clean performing but boost the output than before even.

The big HWS Garage Contest is over!
It was incredible to see so many submissions and we are very thankful for that!

@Ju will announce the full report - winner included of course

That’s it for now! We hope you enjoy the new content coming along your way and have a great time until the season end on about 17th September.

Thanks everyone for playing on HWS - we really appreciate it and we are always looking out for improvements!

After watching 1+ hour how the first Eton 2.0 Event went, I made couple of improvements / changes for the next cycle!

Make your choice now how you want to play the Event as I said:

Hey Rex, all looks very good to me, thank you for all the improvements. I also just signed up for the HWS Astral, looks like im the first one and thank you for bringing this out, its about time. GOOD JOB!

Could you let me know how the Astral gate works, like do I have to give you my base ID and where to put it?

Also I dont think the Astral Patron is setup in discord yet, I can only see up to Meta but I was taking off of elite so Im assuming its working its just not showing up yet.

@RexXxuS you want fight by foot and just added a way to buy 10x health? wtf?

WOW! Thank you so much @IgoSolo
We appreciate this huge support a lot!!

Could you let me know how the Astral gate works, like do I have to give you my base ID and where to put it?

Since it’s a special Tier, it is a special procedure.
All done manually. Please let me know the location of your Astral Supergate via PM.

The Discord Roles got bit messed up today. Please follow this procedure from @Chaotic

I forgot to mention in the “More” category that on ECC the 7 days wiper is active now.
=> if your structure is sitting on the ECC planet for 7 days, it will be considered as inactive => removed.

HWS ships and ships being sold are excluded from it.

Edit: there is probably a bug available… if a structure got deleted even though it got moved recently, please let me know here

The Elemental Galactic Services released a new finance report and identified a big gap
in their financial network system. With a vote of 346:1 a decision was made that the usage of Supergates will cost Credits and HWS RP in the future.

They need to look in their financial report again. I guess this is all because of reduced mining and the long absence of proper ships in garage, so less money to EGS.

We obey the order of EGS but implement the new reform in a slow incremental step to the HWS Community.
The first Supergates which will cost 10 000 credits and 1 HWS RP per usage are the Supergates in Eton System , Nova and Titan System .

@RexXxuS Seriously, what is the intended purpose of this change? In my opinion this only reduces travelling within the great HWS universe. The way out of eton is also the only one so one always have to pay.

I am just a Speaker of the mighty EGS Cooperation.

Seriously, what is the intended purpose of this change?

But they told me to deliver the answer to this:
Warping with the K button cost Pentaxid. Thus the Travel to Eton, Nova and Titan System is currently completely free. A big gap for EGS to earn money.
The money and Reputation Points need to flow in a natural cycle. You have no clue how much the uptime of the Supergates cost the EGS Cooperation every month!..

We discussed it in the Economy Topic already. There has to be more ways to spend money on.
That Supergates cost something should not be a negative surprise but a 2 year old expectation.

If someone is not travelling because of 10k credits and 1 RP cost, then they will miss their chance on 1 million credits and 100 RP and other rich resources. A simple calculation everyone has to make their own decision of.

The money and Reputation Points need to flow in a natural cycle.

I agree. Everything should have a cost. This is what HWS needs more of instead of all the free stuff, and i think your heading in the right and logical direction with this Rexx.

ok, then why not the other gates too? they are more heavily used, i see huge missed earnings there

i guess it’s some kind of testballon with this 3 gates?

Just tax HW, and all is solved

You can’t go anywhere in PvP with supergate without going to HW first really.

n why not the other gates too?

We obey the order of EGS but implement the new reform in a slow incremental step to the HWS Community.

Ah, but it costs 10mil credits and 10RP and only lasts 30 minutes. Depending on ones financial situation 10mil may not be a lot but in the end it is energy and time spent trying to get it back. Also 10kHP will still get depleted pretty fast if attacking a base on foot