What happened: Serious issue with another player “Legionaire”. I invited him to my clan, somehow someone promoted him to owner (not me), he kicked me from my own clan and destroyed my PVE base
Player(s) with issue: megillahgorillah
Server: NA
Time (cb:time): 10PM EST
Playfield: Lawless HQ
Structure Name(s): Jerico (maybe others)
Structure ID(s): Listed what I could, IDs and play fields in posts below.
How can we help you now: Well, this is a complete mess. Instead of parting peacefully from my clan he stranded me on zirax ran back to my space station base in PVE space and dismantled most of it (including my alien core). I understand the risks of adding new people to the clan, but however he became an owner and was able to kick me, this i don’t understand how? Anyway, what he did is very disrespectful to another player… complete sabotage. I would like to get my restored base back with alien core and I would like to see some punshiment dealt out for Legionaire.

can you add stuructor ids for admins and play fields ect into this ticket may help admins to better see how tyhings happend
inc any ships that were invvolved and bases.

its really hard, since i was kicked from my own clan… how I can help i dont know… perhaps “Lake Watch” on Lawless HQ… “Jerico” in Lawless space, Romeo on Lawless Moon, my CV Apollo in Lawless Space, and Cheeto (which I had to leave) on Zirax Armory… the rest i think he built… i dont know how much he destroyed because an ally gave me a ride back to Jerico to see what he had done… I had an alien core in container and alien core in Jerico… he also just dismantled my cargo containers and left stuff to rot… lots of stuff.

my CV isnt listed for some reason… was named “Apollo” sc4 ship CV.

Oh, I’d also like my clan back “Scourge” and Legionaire removed asap.

I logged back in to take screenshots… he is still taking stuff, still at work… I managed to get my alien core from container, he didn’t get that, just the one alien core he destroyed in Jerico. He also didn’t get my 200+ autominer cores. Good thing I coded my containers and doors, glad he overlooked it.

Here are some shots of what he did (this is the second login, first login had loot containers everywhere): 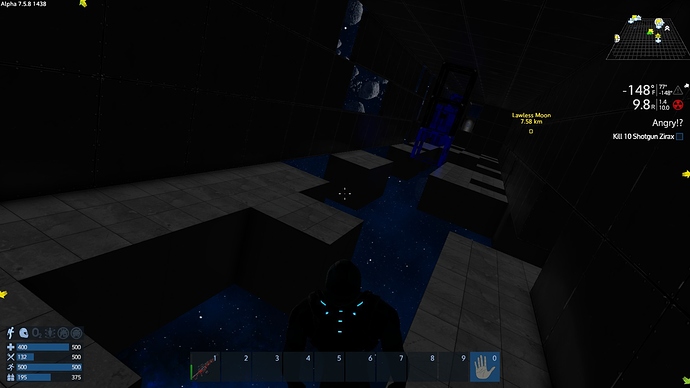 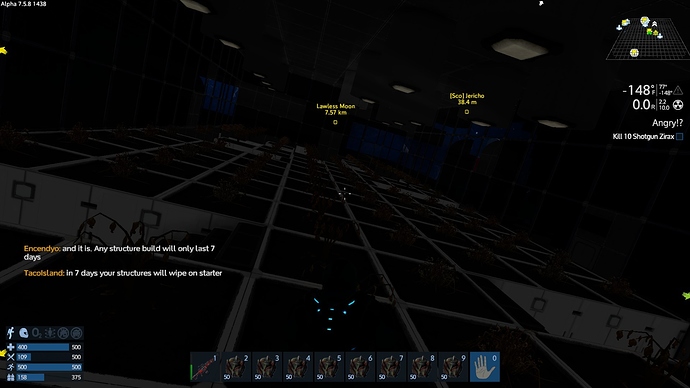 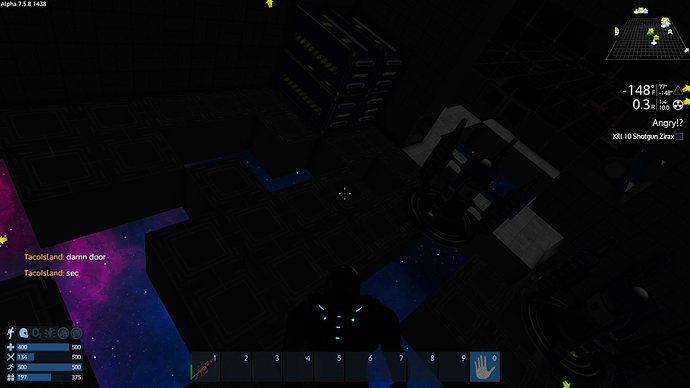 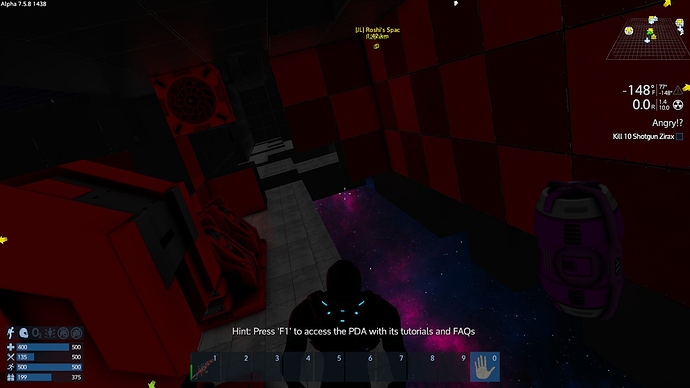 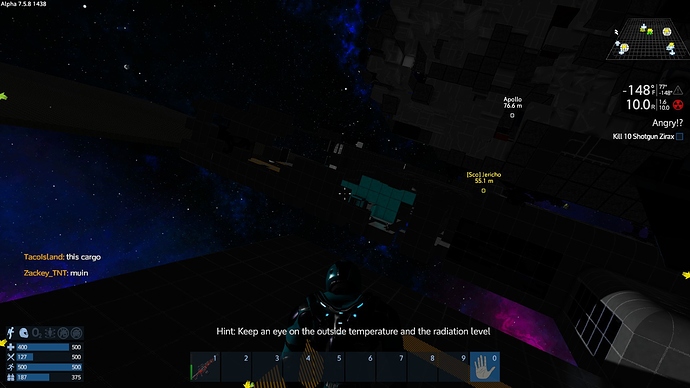 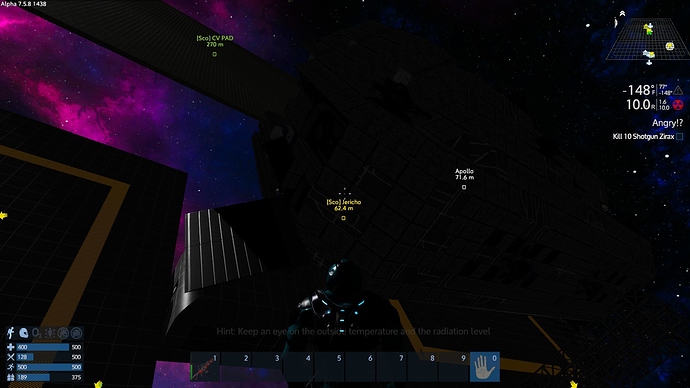 you can see there is apollo in the last shot

We’re looking into this

Thanks. I’m here now, if there is more information I can provide…

While bells are ringing… there is another issue. Legionaire has CVs meant for tackling. His CVs are built with cages on the front to prevent ship movement once inside. I told him that was illegal on HWS. I believe he has two of these CV “cages” spawned in game. One look at them and you’ll see what I mean.

Ok. I have spoken with Legionaire and heard his side of the story. At the end of the day, there’s clearly been a fall out between you and its something that we cannot get involved in mediating. If you have faction structures, then its up to you both to sort that out.

In the mean time, I have made you founder of SCO so you can at least get yourself back on track.

Good Luck and have fun!