BRIEF DESCRIPTION OF ISSUE:
Hi dear community.
Me and my teammate have experienced problems since our first connection today.
We’re members of a small H-G faction.
It all started with non-working constructor, that completely ignored any input building queue.
After trying numerous ways to fix it, i’ve decided to disassemble it with multitool and that’s when the worst thing happened: Whole input collection was erased and container that was dropped off by constructor was EMPTY!
UPDATE: There’s also a problem with containter… it’s lifetime number is negative 32 bit integer (-2147483648)
I’ll include screenshots. 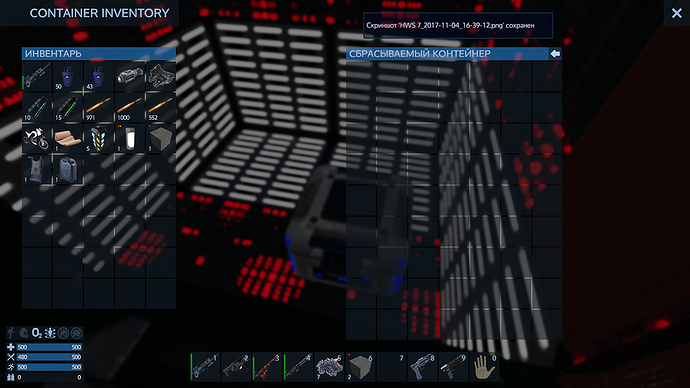 ok, thanks, we’ll be back to you asap

only thing I can do is to restore your whole base. We can’t restore certain constructors or cargo boxes.
If it was 16:20 YOUR time, then it was 12:20 server time!?
(please type in chat cb:time next time)

I restored the base.
I hope the ship was not docked and gone now.
Let me know if it worked

@RexXxuS
It worked but we’ve lost all enery and oxygen.
What date did you use? Some colors looked outdated or maybe im paranoid, but we didnt touch a base since yesterday.

We do backups every hour.
That backup was from 13:58. ~20 minutes before your mentioned timestamp. The next one would have been 14:58 but I guess there you lost already your stuff.

Yeah, worked fine, i was wrong.
The only thing that may produce errors on server is indestructible container: 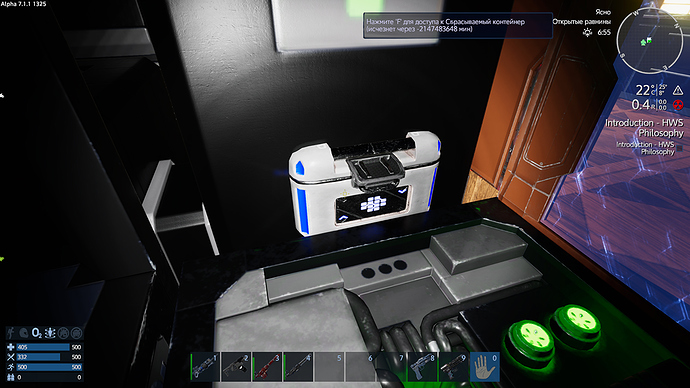 Anyway thanks, you saved us.

Really don’t know what’s going on there.
Have to check bit later.

Energy was given a bit.

Indestructible container was dropped off by bugged constructor, that you helped us to restore.
As you see on my screenshot above:
https://forum.empyrion-homeworld.net/uploads/default/optimized/2X/b/b6ab49a080b6d020f108a7e5cc960c8f885dc867_1_690x388.jpg
It’s lifetime is negative overflowed 32 bit integer, so it never disappears.
But backed up constructor (after base restore operation) still doesn’t work.

There are lots of ppl who complain about non-working constructors and food processors on Lawless HQ.
Looks like it happens after game update.

I just want to say, that after restart constructor works as supposed to.