So Had a CV fight 15min with ABN, TAW then ACP, ship went down to 96% Damage. Loaded up the
mats on my repair bay check, fucked around for 10mins with the ship to get it right check, repair time
3hrs 40min WTF!!!.

Dont want to sound a hater but can speak for the 200 people playing we dont want to watch paint
dry, ie ships Repair. Please sort this mess out only reason i came back to HWS was to try out the
new features wich it seems is broken again!.

Also i ofered to sort out all the garage ships so they can be used in restricted playfeilds because they
all need updating?.

the amount of mats needed is not bad, hell i would even take the 3 hour wait… but i cant log off or even get out of the same playfield while waiting is not fun at all… i could probably repair it by hand faster and i would atleast have something to do… making 15minute CV battle absolutely not worth it

They need to allow us to input ship parts/components into the repair console like the same way we can speed up build timers in blueprint factory; which allows us to instant spawn a ship.

It is an Eleon issue and they are aware of the problem. No time frame has been given regarding a fix for this.
The repair to template time should be the same amount of time those repairs would take to construct in the factory if it wasn’t speed up at all with components and completed blocks. If you don’t feel the time is correct then I would suggest reporting it directly to Eleon as a potential bug.

… and you gotta stay there watching the damn thing lol - was tough fitiing my 7 hr repair in around server restarts etc. They gotta sort this out.

I know it won’t accept components, that wasn’t what I was saying.

The blocks and devices that are missing from your ship, if you were able to take a blueprint of just those missing blocks and devices (i know you don’t have one) and send it to the factory, it should take the same amount of time to construct as the repair to template would take to complete.

If you don’t feel the time is correct for the missing blocks and devices then that is a separate bug.

seems easier just to recycle and build a new cv in factory, kiss my swingers too

Personaly i would give everyone Recycle level 5 for free. because the Repair to BP wont work.

Lol. We didn’t even have repair to blueprint in previous versions. I think we’ll get along just fine until the devs fix it. 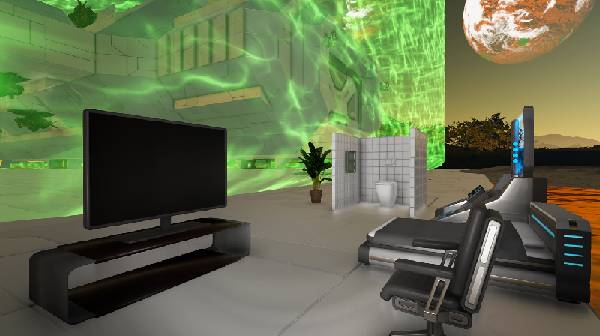 Well if it took minutes then it would be an Overpowered system.

Example a faction of 2 could hammer any one group over and over making it a tag team effort. Take damage drop back repair come back. Battles would never end and never be won. Fewer people would bother to PVP.

The way it is now you CAN repair it back but you will not be repairing and coming straight back to battle. This means that at some point the battle could still be won. Also the reason the old repair blocks required the vessel be turned off. Otherwise you park HV on repair block and they never get destroyed. It is a simple means of BALANCE. Doubt Eleon will change that. Hoping that Rexxus will not either.

the 3 hour wait time will make sure of that already… why do we need to stay in the same playfield for 3 hours? if i really wanted to, i could have 3 or 4 cvs ready to go that wont stop me

Server just restarted. Bye bye repair time left on who ever was repairing. Now you have to start up repair process from scratch all over again. Needs to be fixed asap.

As this is an Eleon issue (not HWS) it would be really useful to post comments on the official Egs forum. The more players comment about this their, the higher the priority to improve the system.

This is particularly important for PvP players to shout out, as the issue effects single PvP players much less, as their ships tend to be much smaller and quicker to repair.

Thats not what the thread is sugesting read my origonal post Dawg.

ive Posted in the Eleon offical and zip!. Rex is the POC for HWS chain of comand blah blah etc. you get the pic.

The struggle is real.

It would make sense if you could a) repair while in a different playfield and b) repair while offline. The only thing that hits against you is power drain.

Also, the total time to repair should be a percentage of the time it took to spawn that ship in.

I have been repairing/restoring 2x sv for 4 days now. It’s broken/to slow