I’d like to start my blueprint for my old cargo ship I put in a lot of work on last year, but I’m worried that the number for size class is in red, the number being 7. I’ve been told 7 is the maximum, is it only red because it’s just on the edge of acceptable?

Yikes, I hope it isn’t higher than 7.49 then, but I guess if it was it would show 8 instead. Thank you for the help!

Only thing you really need to worry about is devices and triangles. It’s not uncommon to see the structures that are built right up to the edge to go above class size during a fight; as blocks are blown away you may end up with more surface exposed, causing your triangle count to go up. The more surface you see, the more triangles you have. Connector blocks and round blocks are your enemy…

While I’m at it, why the size class restriction anyhow?

Oh, and if it doesn’t meet requirements, will it not let me start production? or would I not find out till after the 6 hours? >.>

Class restrictions are in place because of the amount of lag because of triangle counts became excessive, and more importantly because it takes too damn long to do a CV fight, just to have one concede the fight and warp away. I have had fights in the past were 2v6, myself and one other faction mate holding off 6 CVs, and after about half an hour I was still able to slip onto planet. You know they were frustrated.

Ah, the old days of the RAT faction…

And FYI if a blueprint is not allowed, it will not let you start it in the factory. 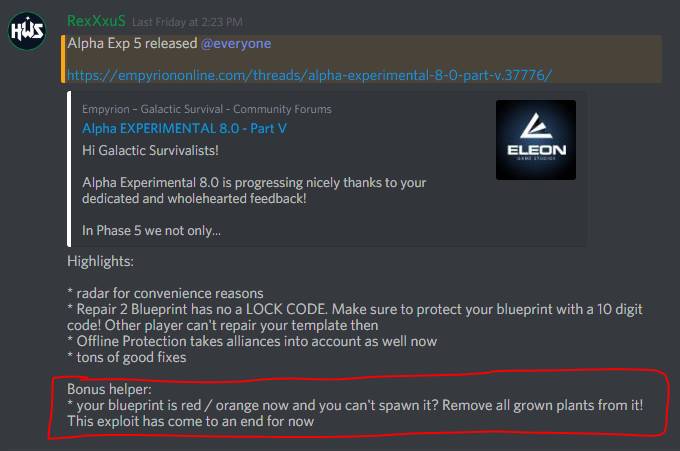 I thought it may have come to lag for other players. My cousin who plays on a laptop apparently lags terribly on Alliance HQ, I was thinking it was from the amount of bases on it compared to the starting planet we were on.

Sounds like some crazy fun tho, but it’s got that anger like when playing WoW and a Paladin Bubble HEarths just as you are winning.

Alright, so itll not let me even put materials in then, hopefully otherwise I’ll use the ton of materials for something else lol.