What happened?
=> Upon receiving the Daily Loot, the award was not immediately received. Out of sync has occurred. In the game on the server, the reward in the inventory appeared with a delay. 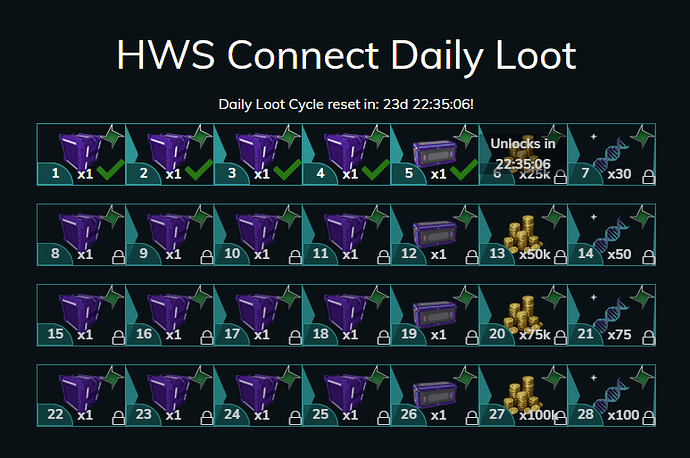 The crux of the problem is that the mark in the Player Activity Log instead of the Daily loot looks like Connect. By and large, this is a trifle.

But.
Based on the experience of the previous contact with support, with such a mark in the Player Activity Log, on the side of the administration, this day will be marked as missed for me.

the reward in the inventory appeared with a delay.

Right, I see it got delivered later:

If this is counted as missed, I’m not 100% sure yet. If it does, make a ticket and I’ll give the last loot.