Daily stuff on EU not working?

What happened: Not receiving daily loot or vote reward on EU.

I am not sure, but are we supposed to be able to do Daily Loot and Daily Vote when we use the CSW to visit the other server? Or is it only once total for both servers? Right now, both work fine on NA but never seems to work on EU… and I am very new to using the CSW, so I am not sure what is SUPPOSED to happen?

I don’t know the answer here, but i’d suggest you at least read this

Thanks… I had read it before, but it was good to read it again. But it didn’t say anything about Daily Loot or Daily Vote. Has anyone gotten it on both servers? Or is it intended to only be on one server? In other words, I don’t know if I am not getting it because of some glitch, or because it’s intended that way.

Vote for both server. Daily Loot only for one (same has HWS Skill Tree)

in that case… my vote for EU is not working properly?

it is saying I already voted, and also the voting site says I have voted
but there is no reward in the logs

I see it appeared in your logs again… @Jascha will see if he can improve it.

Just FYI, Day 3 of December, and I vote every day and claim reward, and nothing happens.

You got your stuff.
Can you please tell clearly again, what and where the issue is?

@RexXxus those are correct times for my NA vote… the problem I am having is with my EU vote… none of the EU vote rewards have come through. 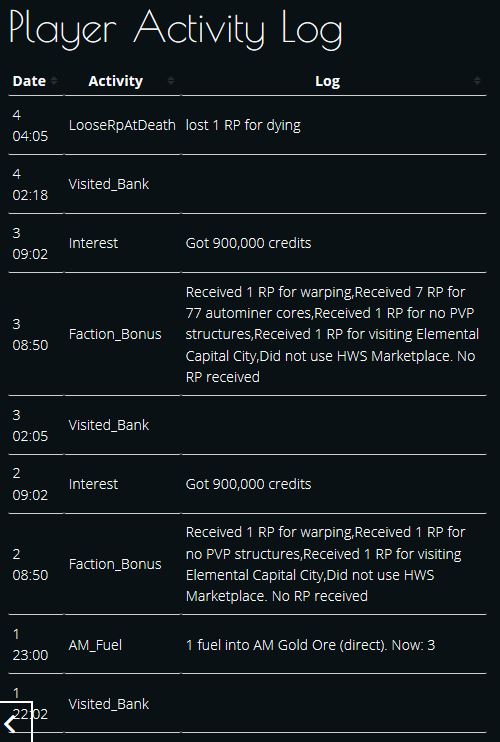 Today, the Daily Vote reward on EU worked for the first time… I don’t know why it wasn’t working before, but now it is. Is there any way to get the vote counter updated to the proper value? I am not so worried about the few RP I missed out now, I am more worried about the 125+ RP I will miss out in the new season because the vote counter is wrong…