What happened?
=> Im getting EAC kicked when I log on. This happens here on HWS, as well as Eleon’s server. I thought at first it was the playfield I was on, but after being warped to Rev-4 I still got kicked. Also thought maybe it was an old OCD stuffer bp I had ready to spawn, but I spawned then recycled it and still got kicked.

When did it happen? (Use server time: type ingame cb:time)
=> All morning, most recent kick was just before this post.

How can we help you now?
=> Any ideas as to what I should try next?

Try and close all programs running in the back… had the same problem a long time ago, and it worked when i turned off spotify of all things.
A reinstall of eac fixed it.

I generally have very little running in the background. Life was good yesterday, no windows update, steam updates, or and Eleon hotfixes Im aware of…I’ll reboot the pc one more time and see if that fixes it.

@RexXxuS Hey @Jascha said you may have more insight into this than he does. Any Ideas?

Rebooted my machine, cursed the EGS gods, and now Im not suffering kicks… 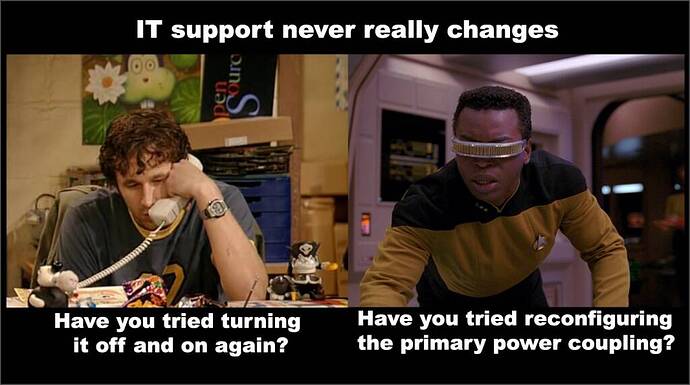 FYI AVG and Avast antivirus can also mess with EAC. Learned that from personal experience.

@TacoIsland I have used both those in the past, they jack everything up. Been using bitdefender for a min and it has given me no issues with games. The control panel on it is sooooo much easier to use.

well, i am using bitdefender for years now and i know it has blocked Empyrion few times from starting, messed up EAC at least 3-4 times until now, had to reinstall EAC few times because of it…once it even quarantined game executable after game update

and for me it’s still better as avast, had used it to for years

Yea Ive used it for four years now and never had issues configuring it. Hate to hear that youve had bad luck with it Marko…have you tried turning it of and then on again

Couldn’t get on my main PC for about 3 weeks because of avast, it was more an issue with EAC detecting avast (not avast falsely flagging EAC), so EAC would kick back to desktop leaving me this lovely message in the corner and no explanation:

Highly frustrating, and no documentation anywhere relating the two. Attempted to contact EAC with a ticket, never got a response. Great. Instead was trollollolling through steam forums and found something similar, and removed avast and never had another issue since.