What happened: After Rex restored my garage ship , it was 104 LY away, took me some time to get back to it and then it was far away from warp-in. Garage ship lost blocks and turrets. Restore to template bugged , Garage ship not the same
=>

where is the ship at the moment? I cannot find it anymore.

Logging in now was on Stella TAW planet , I thought

Hey,
the ID seems to be wrong. since the one you mentioned is destroyed in Beelzu
The other Sir Edmund is in TAW Empire, not Stella. But I don’t see any issues here. Maybe it was just a relog problem.

Please check it again and show a picture of what you mean. 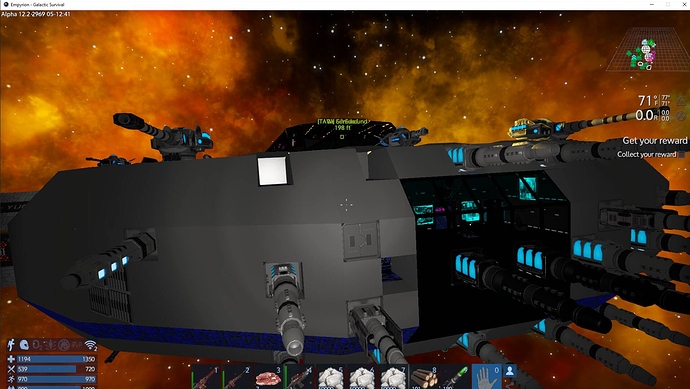 Seems the ID changed when Rex restored it

Now 3 blocks don’t get lost by a bug. If it cuts out whole areas, like later that day. It looks more like it was shot or removed by accident

Well no time to check further. I restored the one before it was broken. But usually we would not do that unless its a clear bug.

TY Jas , yes think NPC shoot it when rex restored it as it was so far away from warp in , cheers