Hi Guys,
Let me say this upfront, im not new to the Game but im new to this server.
10x ist my secound season on HWS and this season I decided to be a Freelancer, Because on Guides in this Forum the Origin is described as a Special Origin between Federation (PVE) and Pirate (PVP). So to say I love the custom Missions and POIs on this Server but i aslo want to improve my PVP experience.
Besides that I want to know how to get the Freelancer code by my selfe and I want to see what extra Mission are awaiting.

Now im Freelancer,
and im disappointed Amount of Missions and POIs to do is the exact same the my Federation camarades got, plus the RP gain is Worse than Federation.
The Garage Ships that ive got the discound on are even more useless since you have a Speed cap in this game Exploration can be done with a Fighter or a Miner so whats the point of that ?
I can live with lower Passive RP Gain but i thought as a Freelancer you get Mission with good RP reward once a day or so but nothing at all. This disappoints me even further.

So my Question is: What is the point of being a Freelancer ?
The code ? You can start a season as Freelancer, get the Code and CB:reset . Done
So what else ?
This is not a Hate Comment, i see the Work and Heartblood is put into this server and i Love, but feels like are not comparable with Feds and Pirates in a bad way.

If someone has Suggestions please put them under this, maybe i didnt discoverd enough or so.
See you in Space, Peace
Sorry for my bad English…

I believe there are meant to be hidden bonuses you have to search for as well, although the only one I’ve found is the armour on Atlantis.

Hopefully the POIs on the homeworld planets have special freelancer areas as well. The ones on freelancer HQ and Triton certainly don’t seem to

I am also a freelancer. I think the loss of passive bonuses seems fairly negligible if you are an active player, larger if you are not but still of little impact. I do agree it is more the idea. Do federation also get the ingot ship hunt one that gives you an AI core at the end? If not, that is a very rewarding quest.

You meant the EGS HQ Mission I Alien Asylum ? If so, Yes all origins can do that.

No, the one where you have to fly to loads of ships all over the system, fight your way in to the command room and core, hack them for 20,000 ingot reward. Once you have hacked all ships you also are granted an Alien core.

I’ve found POIS with locked loot (the yellow container in the leak bunker) but the freelancer code does not work there. Either I am thick and missed seeing the coe, or it was meant for freelancers but not updated for the new season?

The EGS Resource Hunt is also aviable for all Origins and ive you got the actual Code its not working for Freighter Heist Missions aswell, but ive got the last season code, that is working on some doors, if you want to know him talk to me Private ingame.

Thank you for your viable feedback @Feuerwand (good job in writing it in english instead of german!)

Some told me this as well and the last time I played myself on HWS to get a “feeling” for it, I also felt that there is much more potential there.

That is the reason why I am currently very ambitious to rework quite a lot for the next big HWS 11 season. Origins will be a driving factor in many things and each of them will get even more characteristics.

For now though, there are still many POIs you probably did not discover, where the Freelancer Code is required. Yes, you could “snatch” the code and use it with another Origin, but that is rather a game issue and fixed once we get “Keycards” implemented soon.

Anyways, for now the only real locked Freelancer Mission which is also different loot distributed is the one in HWS Racom ECC System.

The rest is more or less passive. (some PDA Missions were Origin locked if I remember correctly)

If you are working alone on such a big project and then deliver something only 33% of all players will play, you rather keep working on Missions 100% can play, right?
Those 33% players will feel “equalized” though.
A tricky thing but my goal for HWS 11 is to work really hard this time. Implementing even a campaign for the Prototype Origin with lots of playhours content.

See the current season as preparation for something bigger coming

a game issue and fixed once we get “Keycards” implemented soon.

Hmm maybe that"keycard" can be used to open the doors on your own private garage room in pvp area. The great… Vulcan Station! Comes with an indestructible admin core when implemented. The keycard canbe attached to the character bank account number so only they can use the keycard to open that door. 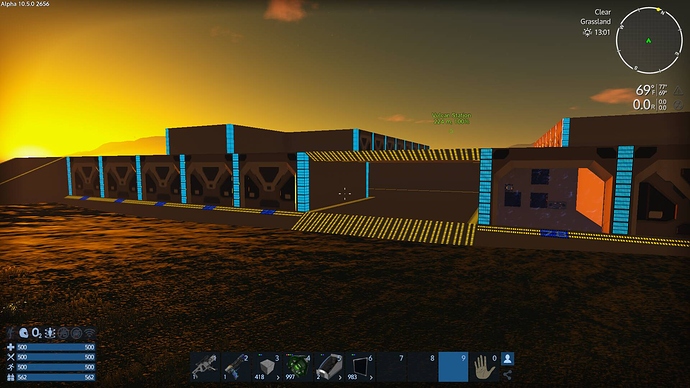 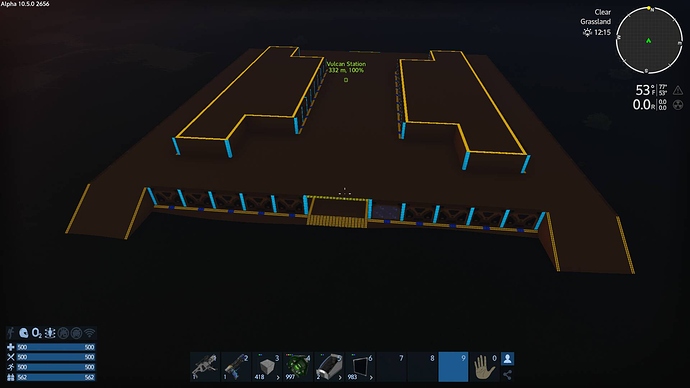 It seems that both Feurwand and I have found some POIs where the freelancer code is not working. If freelancers can add any they find here it will probably be easier for Rexxus/Ju yo find them.

HQ Frigate on Water world (already told Rexxus about this one)
Possibly yellow cargo container towards the end of Alien leak bunker (code locked, not sure if it is meant to be Freelancer).