Gold at bottom of crust on GG missing?

@RexXxuS Something change that the gold is no longer at the bottom of the crap layer of the crust? I have an unarmed, unarmored miner that’s only purpose is to skim that layer and now its nearly useless : (

Ah yes, this has changed because the overall gold flow.
Since the zirax system only reset Monday and Friday now, the Golden globe sacrificed its deep layer for global balance.

Gotcha, just didn’t see anything about the change.

I figured you just hated me or somethin.

I haven’t mined gold in ages but small things like this are worth mentioning in patch notes or just a general thread about changes that were made.

Think about it, now small factions(not in the alliance) are being forced to ninja mine on the surface instead of being a bit more safe underground. Guess its open season now, since players cant hide no more.

No, that just means GG is now completely useless. As a small faction cannot build a base that will stay to run to hide, And if your underground, your in a totally useless spot. s

Guess, that is one way to make GG only owned by the Alliance of factions and make everyone else go to HW.

It also means I can just park over the HW and kill any SV that comes off it now as those will all be small factions.

since when did the alliance care about the small factions anyway?

I think most of them have given up on GG for the most part anyway so having bedrock gold or not doesn’t really matter.

I care for the little guys at least, even in last season I would never shoot factions that were mining gold on GG unless they were TAW, HPG, ACP etc; unless they shot at me first. I am the type of guy who would fight TAW by making annoying bases on GG and would hold my ground as long as I could. Anyone has the potential to do it like I did, just don’t give up.

I understand how its not fair for the current population. The alliance is where it is now because we were small factions ourselves who banded together and fight TAW+others on GG. I myself lead GRG and when I started the faction it was just me and a buddy. I grew GRG to what it is/was in late last season up till today.

So even if the alliance is seen as the new “TAW” that controls GG, we are here because we worked hard to get it.

I am not faulting the Alliance of Factions for taking the planet. It’s just it would be impossible for a small faction to actually do anything on that planet right now. With having to surface mine, I give a small faction about 10 minutes max before they are wiped out. If they can subsurface mine, then it allows them to at least get an inventory worth of gold before their miner will be destroyed.

And that is assuming that they combat log, come back later and escape. Their chance of actually building a base that will stay is nil.

Towards the end of the last season TAW had what some 60 members, then there was ACP who didnt have as many but are mostly veteran PvPers, HPG, DIV, etc… Our alliance is a direct result of the former season. Unless I am fired on or it is one of those factions I just listed, I’ll let small time miners get some without bothering them other than me saying “Hi” or “welcome” or “Kiss my ass”. There is no 35% tax. Keep what you get, don’t decide to attack our alliance and I will not fire. Not a shot.

What append to you the alliance has made you soft…

This game can’t support large battles and those alliances and mega factions are killing the fights.

It’s no different from last season, other than change of ownership.

That’s why we broke the alliance. We did our part.

As a new faction trying to earn some gold,I can confirm 10 mins is about all you get on GG, no matter what time of day or night it is. Tried combat logging with my 5 stacks, woot ! but the same old players leave armed HVs next to were I logged. Having PVP’d for 2 decades…well it just strikes me as sad that 'that’s what they do" ie they have a clear aim to gank new players. c’est la vie…but i know pvp on this server is of a higher calibre than what i’m getting so far

All you had to do now was get into the SV and fly into the green wall underground and it spits you and the SV to the surface. If your getting chased just go in/out of the green wall as you are flying to space. Once in space you can just warp out.

everyone can mine gold for free as long as they are friendly.
but you need to give us a heads up to make sure that you’re not the enemy.
there is no 35% tax on your hard work.
the best way to communicate your intentions would be on HWS Discord voice chat.
The Zerg will be shot on site. 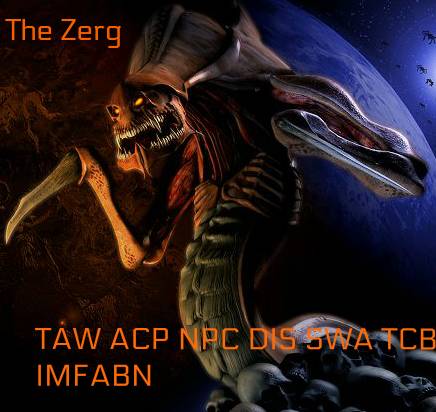 but communication is the key to your intentions on Golden Globe

IMF is not part of a “Zerg” and never will be.

IMF Reserves the right to shoot or not shoot anybody it wishes.

The Zerg will be shot on site 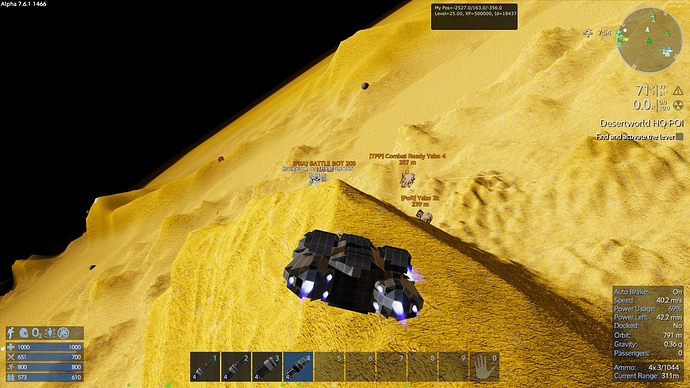 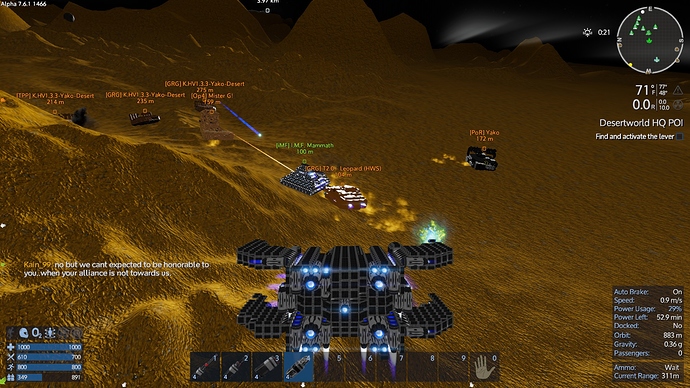 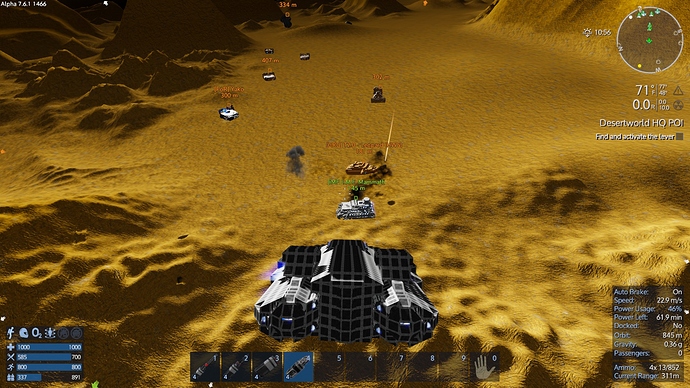 obviously you don’t get it…

everyone can mine gold for free as long as they are friendly.

IMF Reserves the right to shoot or not shoot anybody it wishes.

The Zerg will be shot on site.

In your picture IMF was listed.

I was friendly, I still got hunted down. I have changed that to just hunt anyone that isn’t green. Safer that way…