Group of Zrx CV spawned in Legacy asteroid field. After that game frezzes to 0-1 fps

What happened?
=> Very strange. I found a new one Lgc asteroid field. There i found Anomalous Station and when when I flew closer - found Decimator and Eradicator with some Symbiotes around.
So I started to lure Eradicator aside - at the same time cleared space from Symbiotes. My shields got low and I flew a couple of kilometers.
All was fine. But when I started flying up to the station some Zrx ships spawned from nowhere. I have not seen this before and it became interesting to me - so I tried to carefully fly closer.
And when I approached about 3 km - I managed to see some ships fighting - but the FPS fell sharply down - to 0-1 fps.
Here is a screenshot that I managed to take: 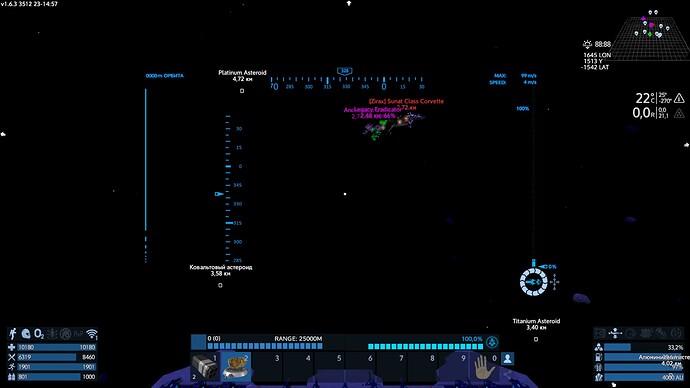 After that fps still remained ~0. All freezes - and I was forced to close Empyrion.exe from task manager. And when I tried to log in game - loading stopped near 30% (it was second part loading - loading structures ).
BUT - I began to hear shots and artillery fire - and this is a very bad sign. I waited a couple of minutes - the sounds of shots continued - most likely my ship was being blown to pieces.
I tried to log in two times - loading also stopped near 30%, sounds of shots continued.

When did it happen? (Use server time: type ingame cb:time)
=> Just now

How can we help you now?
=> Figure out what happened.

Tried now again to log in game.
After some time (few minutes) it loads.
And yes - it was Tovera with other Zrx ships fighting Legacy - and they owned my CV: 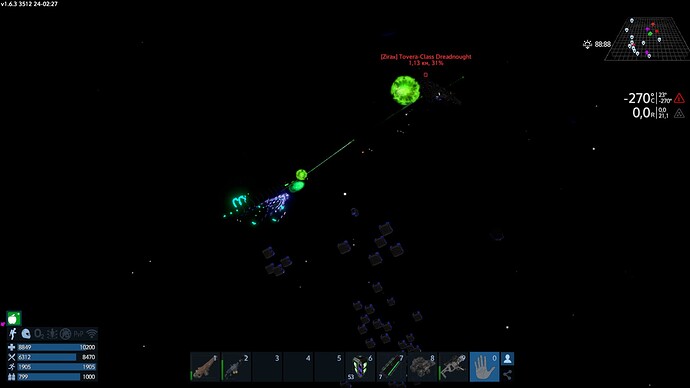 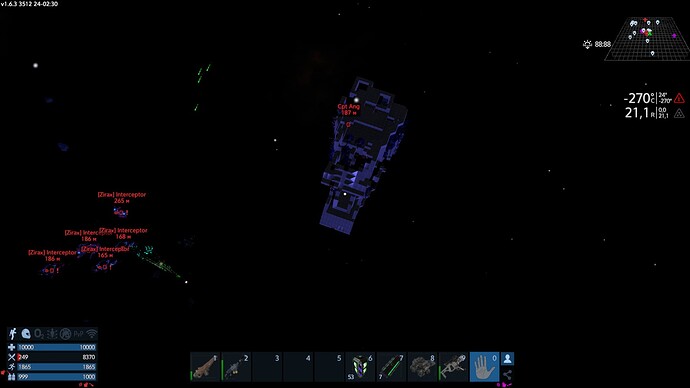 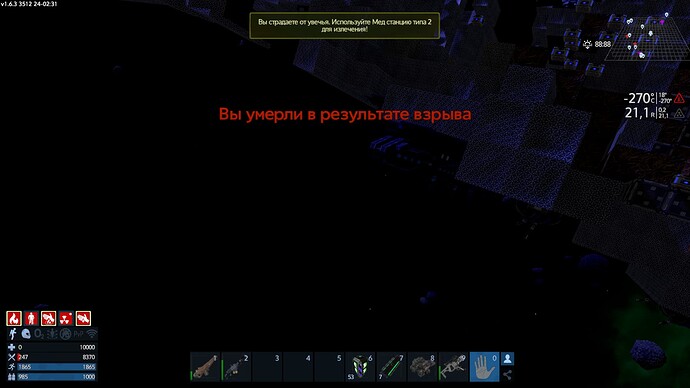 Well, both factions were distracted by the destruction of my ship - and then enthusiastically continued to cut each other. 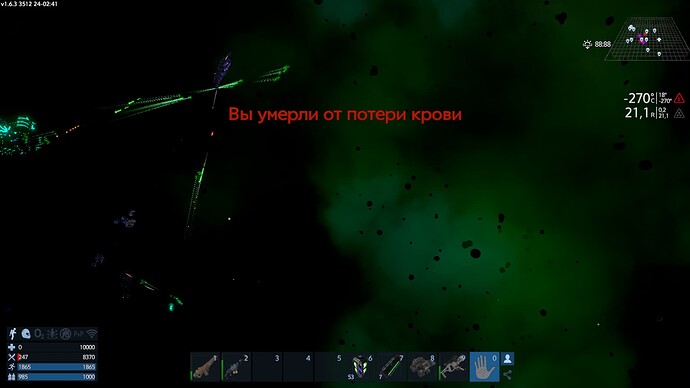 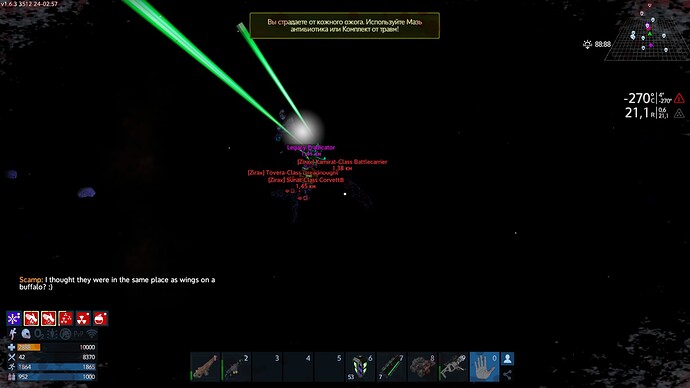 I request to transfer me to Ragana Alpha system - sector Iieure Omega to my home Ang’s Base (id: 3602082). And restore my CV.

not sure about the issue. Maybe @RexXxuS knows more.
I can verify the rest though and warped you to your base and restored the ship.

Thanks! It was really weird when group of Zrx ships spawned from nowhere in a foreign sector for them…

Ravien said he knows more about it and wanted to address this.
Limitation of the game…