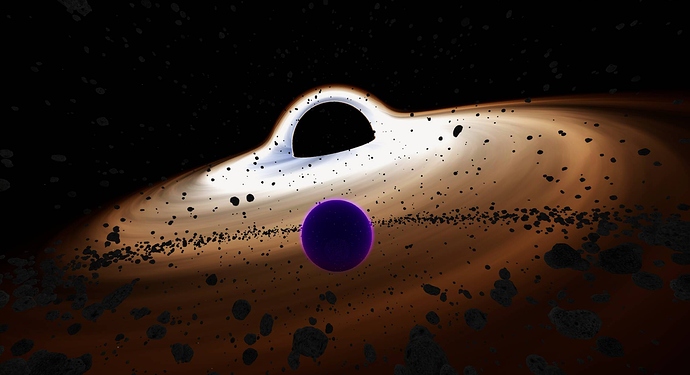 No time to bother though, let me quickly announce few things.

OCD issues after the full wipe

Back in the days, with the full wipe from HWS 10 to 11 we announced that the OCD categories got changed by factor 10. Some players had 50 Alien Cores in one slot for example. It is now 5.
I said that those players keep their 50 AC in their slow but can pull from the OCD and not put until they have less than 5.
What I missed and failed to proper deliver to Jascha was, that this “deal” was originally only intended for the HWS 11 season.
So with HWS 12 now it got activated.
Sorry for that!

Now let me proper announce it this time:

For HWS 13(!) the slot sizes will be forced. Please make sure to split your overlimit slot items to match the OCD Category slot size

This is for the next season. You have ~90 days time doing it and Jascha restored all of the losses you had 3 days ago.

As I said yesterday: sorry for the wait!
Today ALL Supporter playfields will be implemented during the 5pm restart (EU) and 11pm restart (NA)! Promise!

We found the issue and trying to hotfix it manually per player.
If you can’t login to the server anymore because “debug.yaml” files are “missing”, please let us know your ingame name and on what playfield you were before it happened.

I don’t know why yet. It would help if you could let me know on what server and what playfield name it happened.
Also it helps for the future if you always say “it was the fixed universe or random universe”.
Fixed = our HWS universe in the center (from HWS 11)
Random = All other Stars around. Mostly tagged with [E-xxx] or [P-xxx].

I already explained it in the previous announcement but one detail I forgot you figured out yourself already I think.
[E-xxx] are PvE Stars.
[P-xxx] are PvP Stars.

[P-xxx] have also only Class 2 planets.

There were two things happening here.

Last but not least our HWS Features will be (re) activated step by step.
The Discovery feature is already greatly used. Good job Explorers!
The CONQUER feature on GG will be activated today/tomorrow.
The PvP Scan and settle feature tomorrow latest.

Global limits will be also a little bit increased.

The new Supporter Packages like private Supergates and Tokens come a bit later due coding needed.

This was another WIP which didn’t make it 100% in.
My initial idea with the Galaxy was to generate more (mid-late) game content. Especially since you have those Teleporters yourself now, it would become too easy to transport (trade) 50 000’ items from A to B with those millions of Volume Capacity in your backpack.
That means taking more Volume values into the game you must consider and adjusting some templates.
During that, some Vanilla values got merged into my Config, so it is currently a bit too strict.
Vanilla Volume just does not work well for MP.
I try to fix (increase) the values ASAP.

Lastly (new) Events for the weekend.

Once again sorry for the start troubles but working on it!

Have nevertheless a great start in the new HWS 12 season!

You Are doing Grate Rex Keep it up!!! BTW Loving the new GG it is perfect!!!

You doing good job. One question I have is I traveled to quite a few systems and planets last night and noticed every planet I went to was a easy planet. Will hard planets from the big bang be implemented?

Hey Rex, while I don’t mind what values you eventually settle on for containers etc. can we make the pentaxid tank volumes the same as last season as it burns so much more rapidly on HWS you really want to be able to put a lot in the tank

yes, the bigger the universe gets, the more difficult it should be. If all works

hmmm not sure mate…
I woke up with a heart attack

Discord faction chat is not linked.

Low on the priority list, just making you aware.

The dialogue system in the EGS HQ -> Bank Zone isn’t giving the correct token. I got the token, but I can’t open the door.

Dear HWS Supperter Playfield Owner (skip if not relevant for you, but it’s important)

Today I found out the hard way (the last 6 hours) that my old method of adding new Supporter Playfields during server restarts does not work anymore!! Once the Database has grabbed a Star, this is fixed forever, not changeable (hence the current Sup System can’t be changed and is basically wasted cause it’s empty).

That means a dream for some become true:
You can now have a whole Star System! It’s still max. 2 planets and 1 orbit inside available, but it’s much more “visible”

It does not cost more performance either.
Conditions are:

Have to think about it.
For now, every Supporter Player Owner, please contact me and let me know the Name of your Star. (sorry for the additional delay)

Good Evening
another status update. As many of you experienced, it’s the roughest season start ever. As expected when almost the whole infrastructure got migrated to a Database…

Thanks for your patience and sorry for the inconveniences for some.
I knew it would be a monster release but I didn’t knew it would bite so hard.
Be sure we are not relaxing though. For the weekend it should be hopefully more smoother. :fingers_crossed:

Dear HWS Community
I wish I wouldn’t need to ping you so often but right now are hard times. Like really hard times. It’s the most critical and worst release I had in 4+ years. I’m quite down.
The last 5 hours I tried to reproduce your warp issues. Send logs to Eleon. Tried stuff locally. Found stuff out…

So one of the biggest issue we have are corrupt playfields, unknown reason.
But POIs get basically duplicated there. Creating numbers like you see on the screenshot. It’s insane and no wonder the server is suffering from it.

The first step is to wait for the hotfix patch tomorrow(!?). With that we will clean those bad playfields.
Then we have to investigate further what is wrong with player coordinates (reason for not able to login)

So yeah, all of that is a big burden, which preventing me from implementing Supporter Playfields, fixing some PDA issues and more.
It’s an emergency situation for me, so please… be patient and stay stronk.
I will keep you updated and try to have fun nevertheless