the long awaited and needed Empyrion patch 4.1 is out and so HWS 4.1.

Only problem still remains that this applies to water equally. If the turret is in the water and you are flying above the water, all good - they don’t shoot. But if both of you are in the water they will shoot.
Now either we discuss it or we keep it as it is now.

We are preparing some other faction / tax patches in the meantime.

We surface-wiped every faction planet.

lolwhat? U mean, u WIPE faction planets? Or u gonna wipe them???

ok explanation:
surface-wipe = wiping the surface = every POI + Deposit is fresh and 100% again but you keep all your structures

so its ok to build underground turrets now then :D?

well in my test it worked 99%… though I leave the rules as they are now since I didn’t test flipped HV or other fancy stuff. You guys proof me all the time that we can’t think of all edge cases

Cool was waiting for this 4.1

but there is an big problem… due to the plasma 21 guns on sv nerf, i cant build it as fast as i wanted

Ah true only 4 plasma, enough to make small tunnels but not big holes with our diggers 16-20 plasma

ah so much better to live in space, no mole, no tunnels, no structure integrity, nothing falls, even your popcorn floats

Wow can’t wait to see that

I wish Rex/Jascha were part of Eleon to code an alliance system, i’m 100% sure it would be done in no time contrary to actual Eleon team…

What is that movie? Never see such…

@everyone the Tax List is now live on HWS Connect! 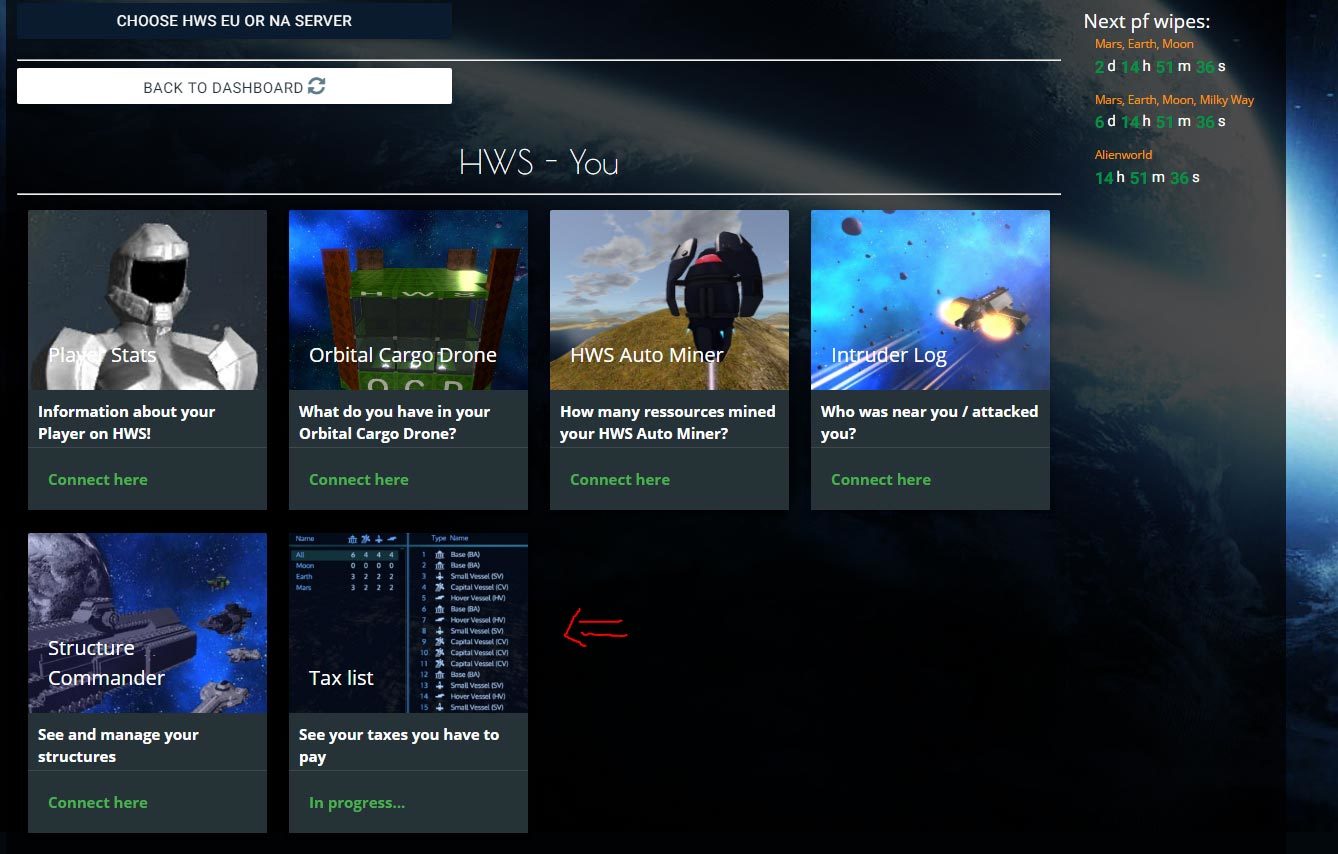 So to clarify, underground turrets are not yet okay, but this is exciting news and they could be soon?

Getting hit with taxes on all things…is not good. If the faction or so already has a base on the planet, it should tax that only…and not every space ship and base.

Should always be allowed to go under ground its a facet of Empyrion warfare, dammit get used to it