I hope all Guardian on G1 survived their tradition? 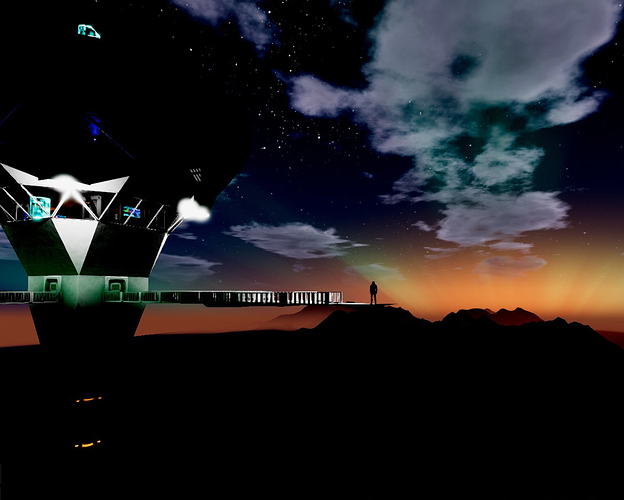 And overall what do you think of Freelancer Bar and the other starts?
Are you using the PDA?

Some people already sent some feedback or they were really just too fast / unexperienced to “escape” from the starters, because they didn’t know to use the Teleporters. Or that MOBA Nebula is as announced a ONE WAY system (with million of gold but hey…).

Now even though we reach an insane and not expected player base of 177 / 177 yesterday there were some bugs and problems hindering the greater fun.

The root of this problem are the meteorites which kind of bugged and wrong configured to keep falling and falling. After 400-600 meteorites on one playfield this would mean you totally crash and can’t login again. The worse your graphic card the worse the crash.

This hotfix will come any moment online and additionally a command where we can get rid of the massive meteorites.
This will solve the crash problem at least.

Another thing what I almost expected happened and it’s the Zones and other configurations. The time was really missing and maybe next time I let you wait best more hours but make it ready instead of running from one bug to another bug and chats and problems everywhere. Sorry.

Most Zones are now implemented such as the Elemental Bank in Elemental Capital City or the Blackmarket Zone in the Origin Spaces. 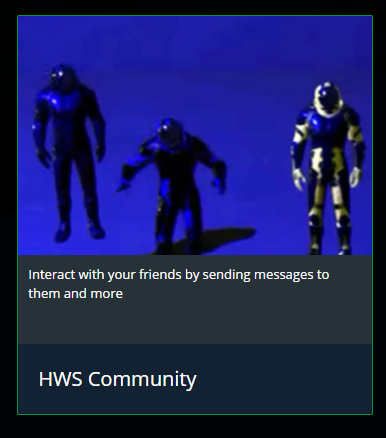 All other PvPvE rotations and Black Hole wipe and other things will be implemented ready today so you can experience the full HWS 6 potential and let us know what you think of it.

As a reminder: For the Penthouses and Donator Planets I need your faction tags! For the penthouses even if you want it to North or South (Iron or Sathium).

The former PvE server aka Carebear server is up under a new name:

As a perfectionist it was sad that the problems happened but I still hope you like HWS 6 and enjoy playing!

Liked the Freelancer start. Overall smooth despite the few hick-ups. Well done! One issue is regarding temp swings on planet - wildly varied by a few steps from below 0, to heat stroke.

Unfortunately, we dived right in and forgot about using the pda and missions. To our detriment.

If you go up to the top of a mountain, the temp usually drops by 20 degrees, if it is snow capped it will drop by like 50.

Lazy man’s leveling tip, get off starter at 10, spawn in a BP with 500 grow plots, pick all the veggies and watch a huge amount of xp come rolling in

I will give rexxus this, he did put plenty of seaweed in after that hotfix.

The lakes on pirate origin planet are 150 degrees Celsius.

How can there be liquid water at above the boiling point?!

My immersion is ruined. 6.0 is a failure.

Your immersion is based on human knowledge / pyhsics.
But it’s a space game with unknown physics and chemics.

So let’s call it: the essence of Pirate water or the Essence of eternal youth

Temp changes did not follow known logic. No discernable terrain change, 1-step and boom, cold to heat stroke. There were also the expected changes, altitude, sunup, sundown. These were not that.

The freelancer bar was alright, needless in that it didn’t add anything to the game, no real emersion, and the race with the large structure doesn’t work when you are alone. Beyond that, I have no major complaints about the start.

I would like to know more about the black hole and if I would be trapped in it?

Further I still dislike the OCD change with the limitation of 50k per slot, down 650,000 from before.

Also, I am unaware of how plentiful autominer cores are going to be, so if these bases require a group to attack one base, how much in the way of resources will we lose vs gain hunting for 1 core per large base for an entire faction?

I have my doubts about this autominer system which makes the whole OCD change worse.

btw… you can also whisper to another player with:
CB:W:PLAYER_ID: (BankAccount)
CB:W:PLAYER_NAME:

lol, since when is this a thing? I have been wanting a PM system for ages. This is a bit clunky, but still way better than nothing. Thanks!

Hmm thanks for the feedback though.

Black Hole is a one way system you have to decide at the beginning you want to go there or not. Later you can’t visit Black Hole normally anymore to prevent veterans waiting for starter noobs.
However a portal will be born very soon to there.

The OCD change… well sure, people like to hoard and ignoring some real facts. Explained to you already that 50*50000 is still more than people need still.

The Auto Miner Cores are in almost every POI at least 3 times. Also the PDA will now be pushed regarding them. AND Missions will be created for dedicated Auto Miner Core hunts.