Here is the final teaser with even more stuff to get excited about.

We hope you’re looking forward to as much as we are and we really REALLY hope that HWS 7 will banish the memories of 6 into oblivion, even though once again time is short and the final jobs are many! 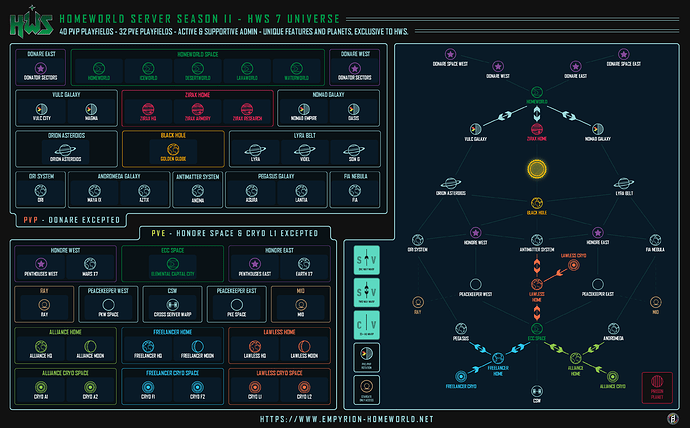 For those of you who don’t know, building a universe is complex. On one hand it is awesome; playing god, tinkering around, etc., but on the other hand it is one of the most difficult and time consuming things ever. For every one thing that goes right, multiple things undoubtedly go wrong.

After our seventh attempt, we know that making everyone happy in this “sandbox”, “survival” game is just an impossible task. With the universe in past “seasons”, we’ve tried large and we’ve tried small. Whilst small was good for performance it lacked the scope to be great fun which is what we want your time on HWS to be. Theres no point in having great performance on an empty server …

I can’t explain everything in minute detail since there have been weeks of thought put into it but here’s what we have for you in HWS7.

As you can see, we’ve introduced a scaling system traversing from PvE to PvP which begins with SV warp possibilities, and later progressing to CV only jumps.
Your start should however be quite fluent since ECC can be visited with your SV straight away and going back and forth to your Home / Origin system should create a high trading volume from the outset. Further into the universe we have various kinds of “story” systems for you to discover and explore (Zirax Home / Nomad Galaxy for example …)

Penthouses, however, along with the RP reward planets are quite centralized and should prove a popular choice for some of the smaller factions.

There are also lots of planets within one sector so you will have a lot to discover but you’ll realise soon enough that there are certain “Hot Spots” in the universe which should attract many more visitors than others.

Either way, with the OP, EGS Stealth and other features nobody should be homeless now.

An old idea but kind of a forgotten one, was dynamic supply packages. Now, to provide further incentive for the super late game and to put value on playing for / trading / buying Reputation Points, you get different supply packages depending on your level of RP.
(Click on the images to reveal the whole image) 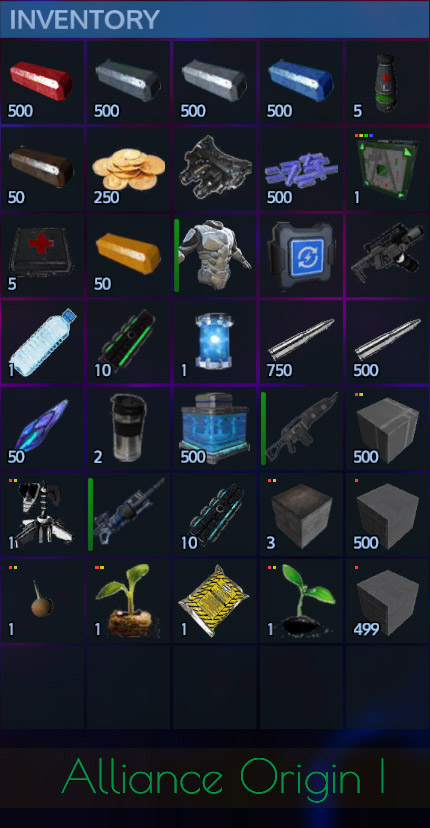 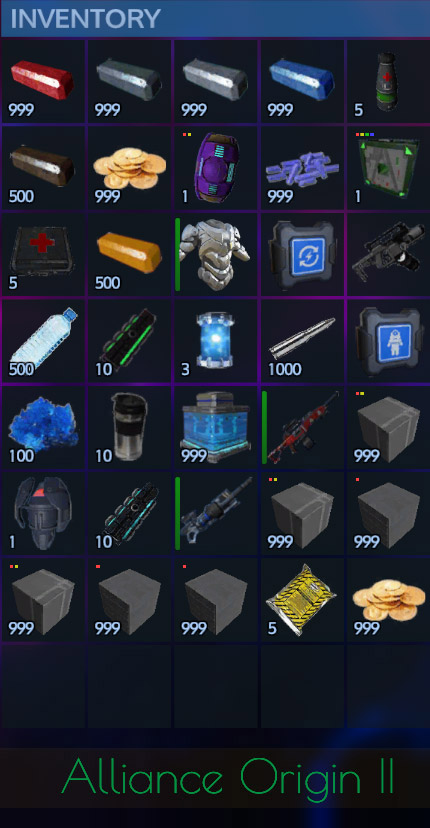 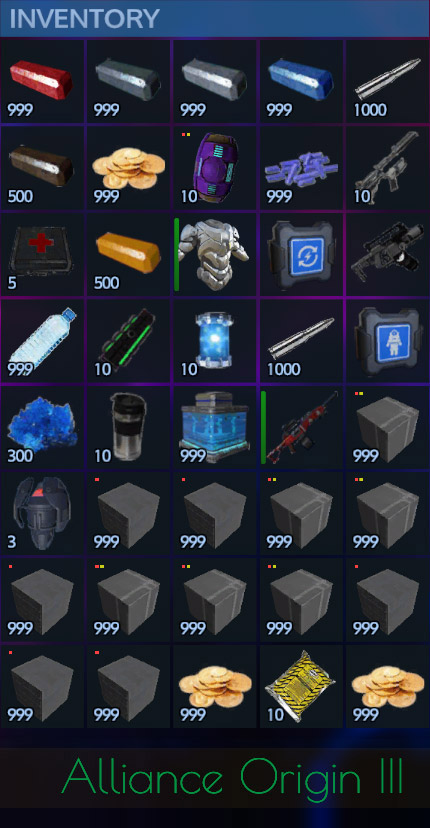 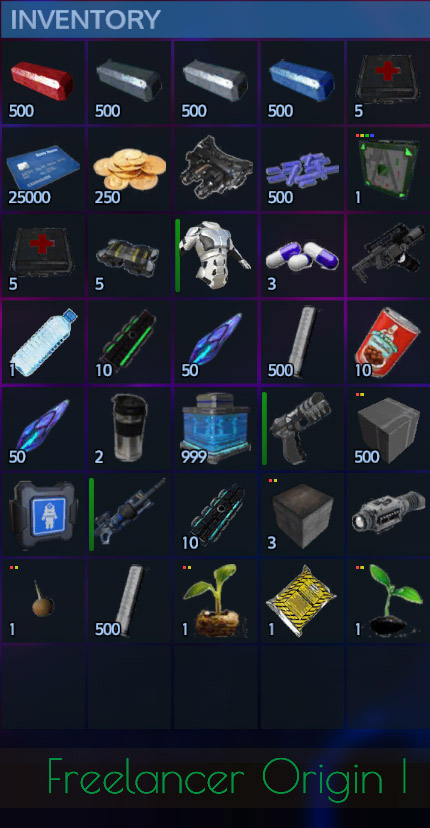 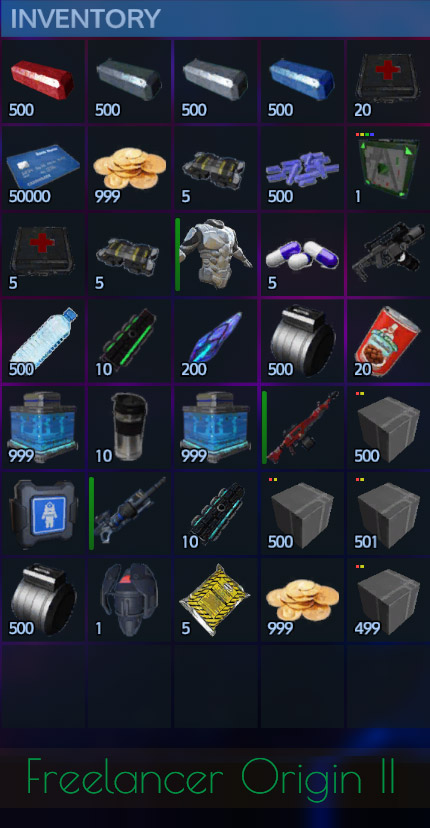 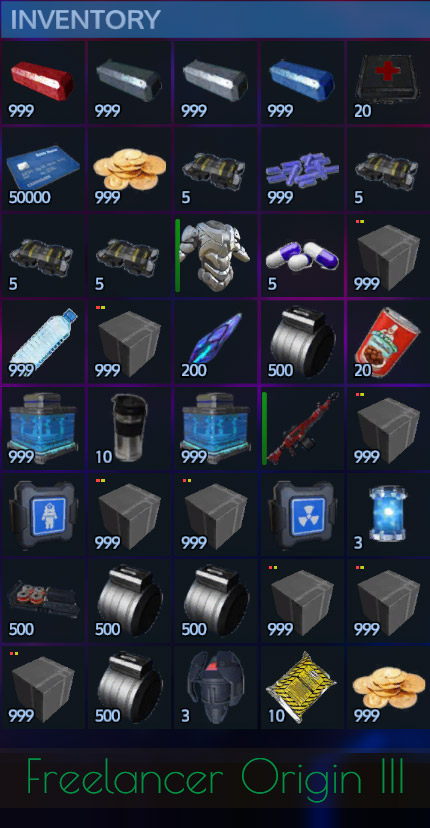 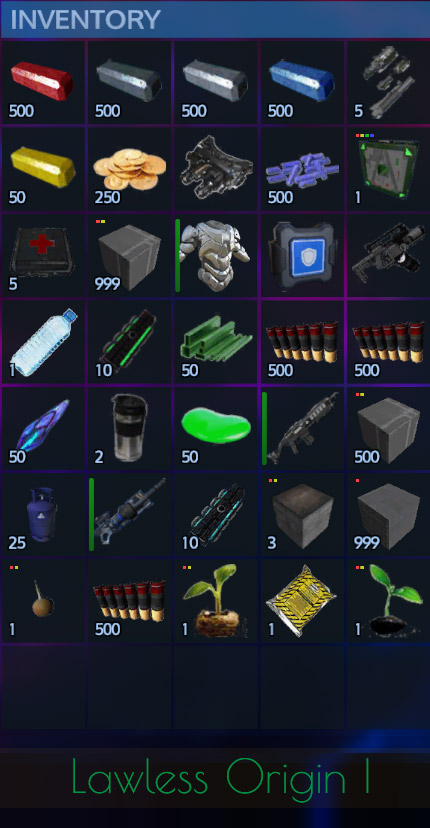 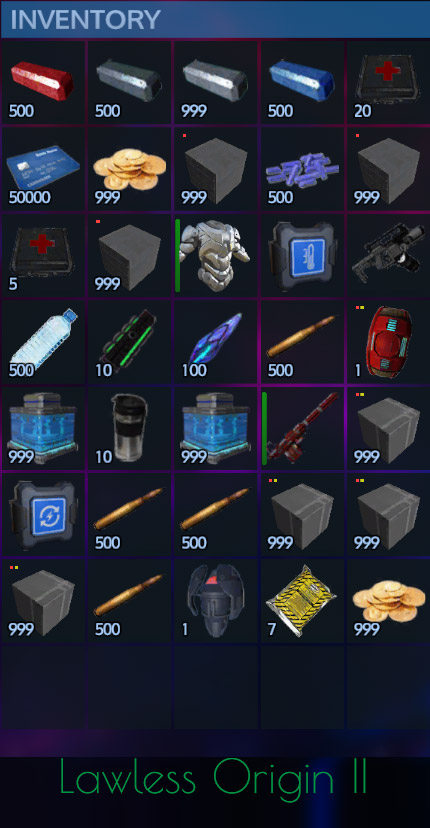 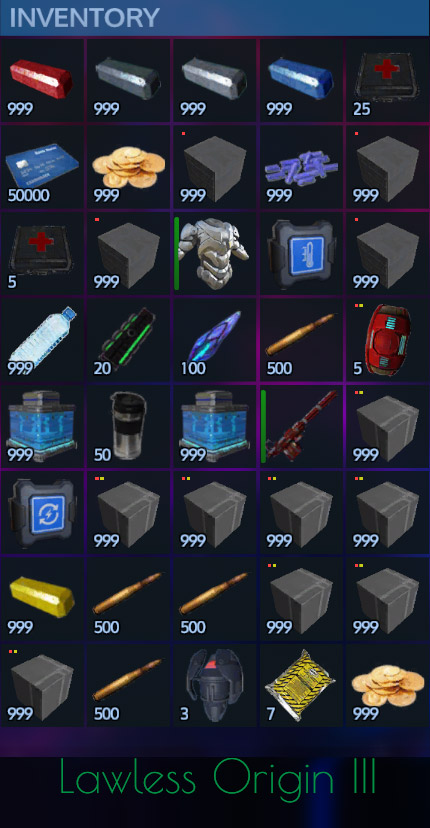 So how does it work?

Even though I have intentionally made some balancing decisions in these packages, I am interested in your feedback for each of them!

Finally we’ve made the Hunter Board complete! You can now put a Bounty on someones head and let others do the dirty work for you!

Check out the facts:

And the best thing is: as soon as release stress is over, I will code the web version to also feature in HWS Connect!
Click on a button, say the name and bounty and boom - let the hunt begin!

We hope to see some nice Bounty hunts with it!

For Season 7 HWS are introducing a new concept for the Garage. Aimed at Elite ship designers in the game, we’re introducing a branded range of vessels to showcase every aspect of ship design in Empyrion. The Space-Craft range will run along side our legacy range of ships (which as always remains open for submissions) and is available to all designers but attention to detail is the primary goal. To qualify the ship should consider the following qualities:

Above all, we are looking for outstanding ships for the Space-Craft brand, something that will turn heads and something that will stand up to a good fight, we want the Cream of the HWS Crop. There will be IN GAME financial gain in it for ships accepted into the DX Space-Craft range and possibly an Operation manual produced for the really nice ones … 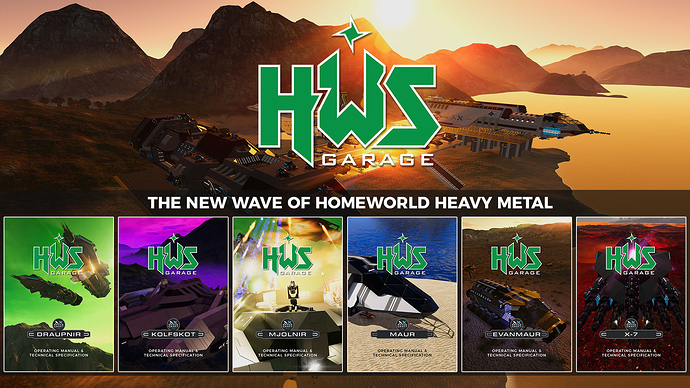 We are implementing this, and here’s why:

We will of course implement some landing pads here and there and also the restrictions for building stuff will be adjusted because of this, but overall it is absolutely the right move.

The final push of information such as Tax changes, more planet information, etc. coming tomorrow, but until then let’s finish HWS and see you tomorrow!

Thanks for reading, your constructive feedback and hopefully 177/177 again

An old idea but kind of a forgotten one, was dynamic supply packages. Now, to provide further incentive for the super late game and to put value on playing for / trading / buying Reputation Points, you get different supply packages depending on your level of RP.

I feel like you tortured me intentionaly. Lovely, looking awsome! All of that. Speechless.

Let’s make HWS the most popular Empyrion server this season. These guys deserve it. Recruit the noobs!

Looks epic, can’t wait for tomorrow :], Nice graphic btw @DeeExpus, and thanks for all the work @RexXxuS and @Jascha can see you put a crap ton of content into 7.0 its going to be awsum

Well done on all the hard work. I am hoping for a early update. @RexXxuS how long have you planned the servers to be down?

So, what happens to our Serenity server Autominers?

Might have to call in to work dead so I’m not starting this season behind everybody.

Been away since the last season. Looks like a whole new game once again and going to have to relearn a lot.

So excited to be coming back

Looking forward to this new season! So much new stuff

Guess we will be queuing to log into the server again!

RexXxuS, whats your plan with the starters? Can we build there a CV or we should warp with SV?

I know youd don’t hve much time for new features before start. Can you add small extra bonus for players who leave the starter without death, please? This way you can motivate them to leave earlier the starter planet.

If you look at the graphic it shows that its a one way warp for SV’s, cool idea with the not dying but it might have the reverse effect. Once someone dies they will think o well I just lost my bonus I might as well stay now and just farm as much as possible before leaving.

Does this mean no more magic pockets in pvp to just spawn a base/cv etc nexto your enemy? Thats great if so and long overdue.

Thanks, I missed the lines brief.

Yea it’s a disadvantage, that’s why I think a smaller bonus works only.