while working in the background for upcoming huge changes with Alpha 10.6 and HWS 11, I finally pushed myself to implement the new Patreon Goal Feature “Personal Teleportation Device” (PTD) some were waiting for and completed the whole Freighter Mission series in the HWS PDA! 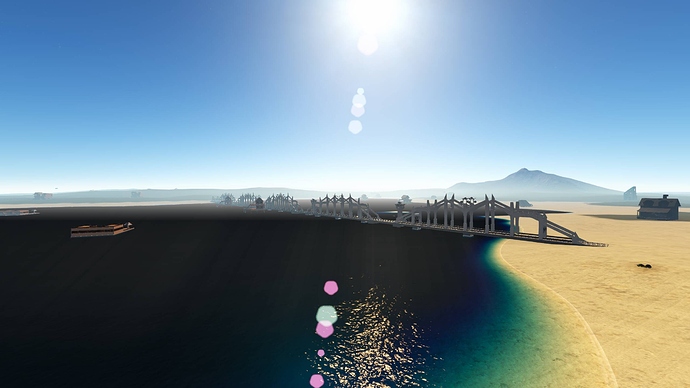 With great joy I see that Battle Royale has gained its own popularity – with over 20 players the last days on HWS EU, it’s a great PvP event with sometimes unexpected outcome

To give you guys even more fun, here are the changes for the next BR Event sessions: 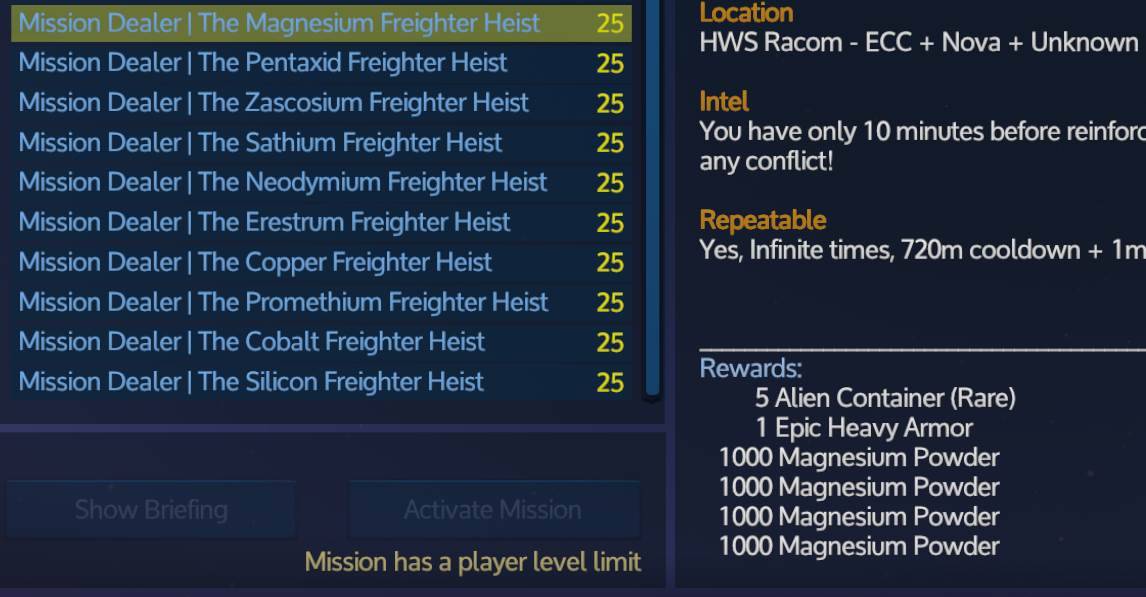 Finally all 12 Freighter Heist Missions are now also connected to the HWS PDA.
All of them are repeatable, so you can play them every now and then.
Please make sure to check each Mission out and be excited to get the big reward!

To start such missions it’s needed to find the Mission Dealer for them.

Hint: they are always in a Racom Station. Check the “Job Bar” out and look out for Mission Dealer standing on a green texture. 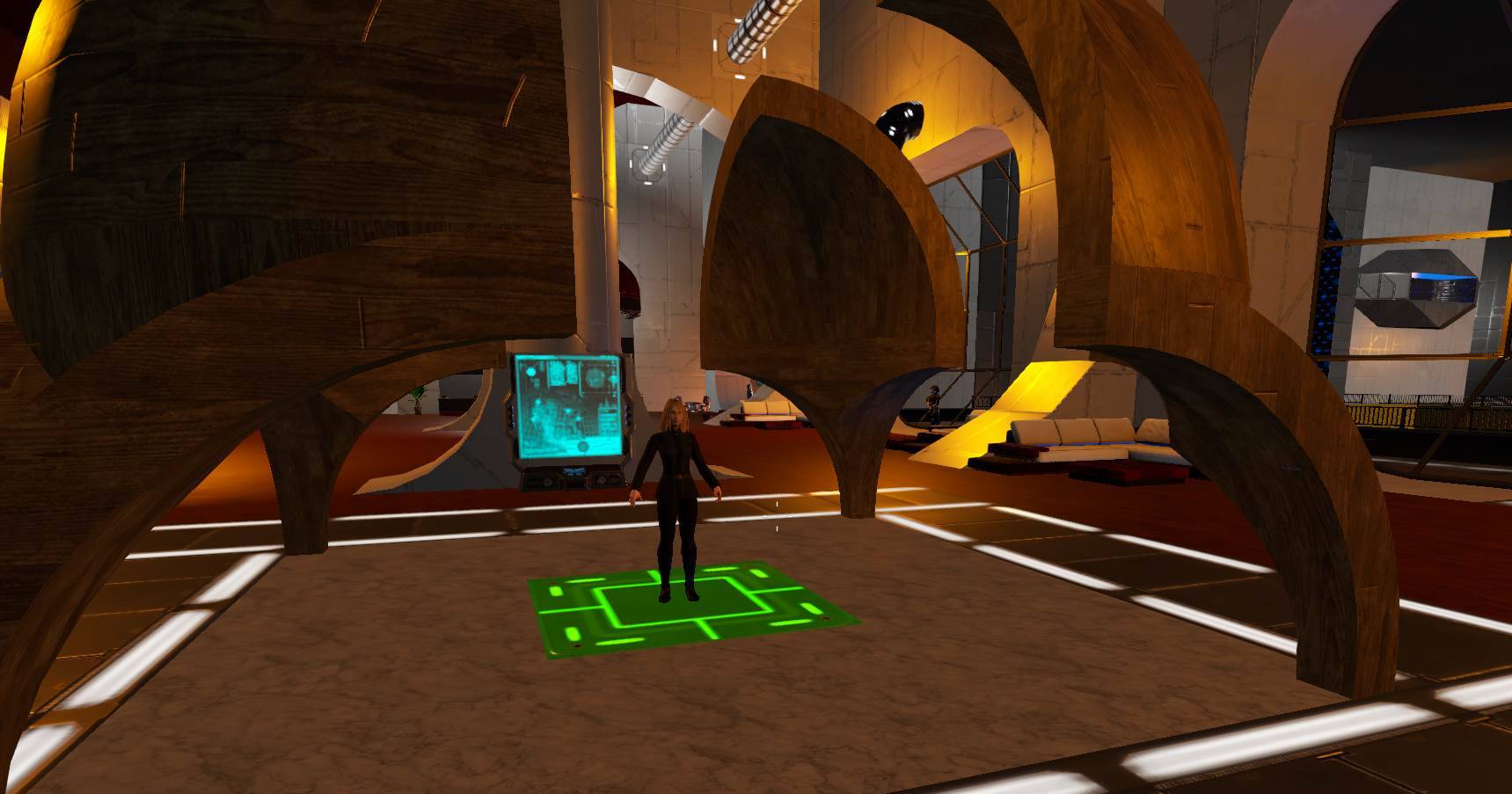 Note: sometimes it needs a bit of time until the Mission Dealer will talk to you. Try to either reapproach to him/her from further away or just relog. 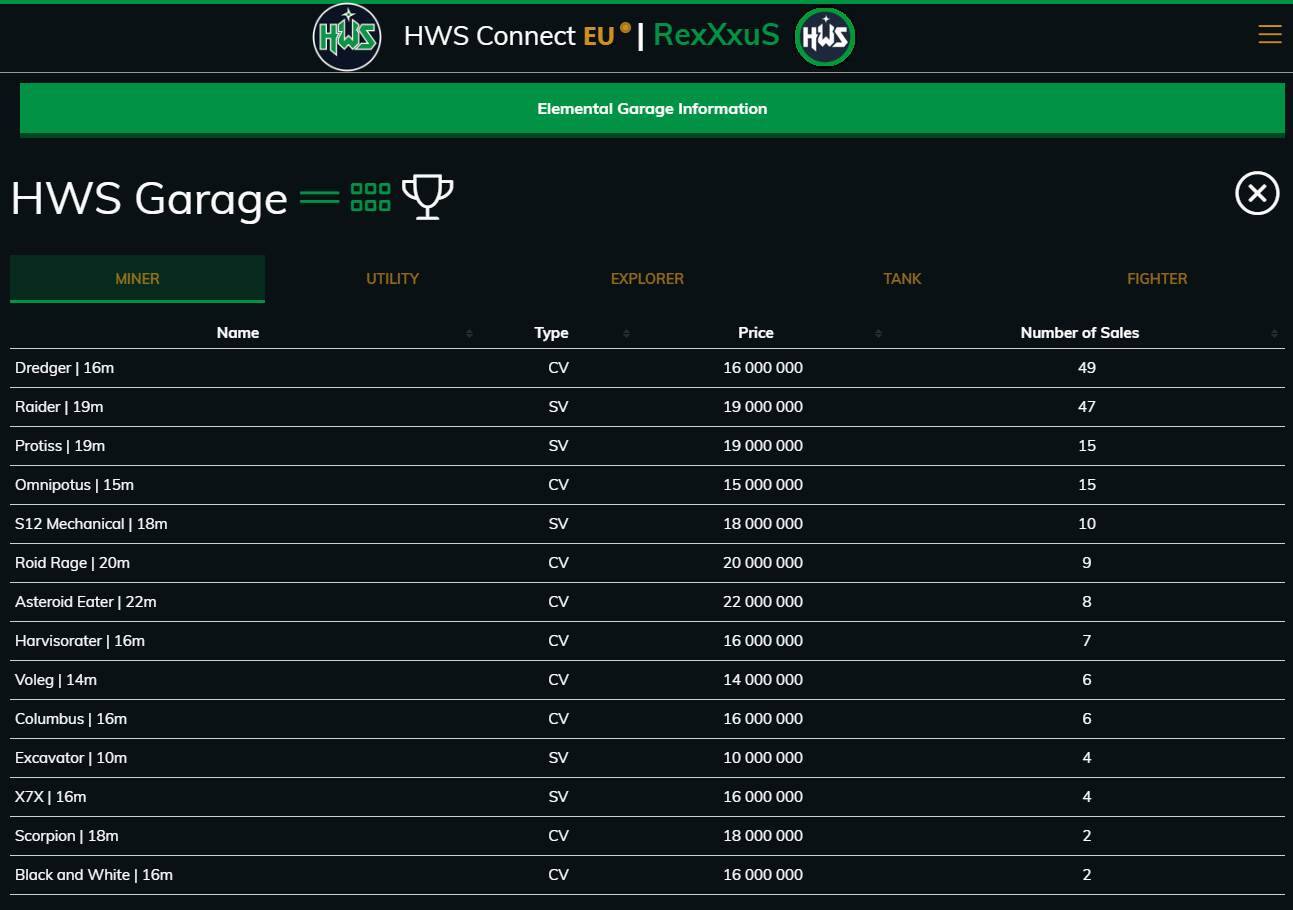 After a lot of feedback from you, I’ve decided to tackle this in a different way. Thanks to @Hayawen in making this possible in HWS Connect

You can reach this Leaderboard in HWS Connect > HWS Garage. Click on the Trophy.

In a first step it’s showing the sales of all HWS Garage ships. That way you can the first time see how often your ships got sold so far! I think this will be for many interesting.

As a next step soon, we add the Creator to the Leaderboard and reward the top 7 creator at the end of a season for the most sold Garage ships – per category.

I hope we can give you great incentives to also become a Creator in the future!

With the last major HWS Config rebalancement I got a lot of positive feedback about the establishing meta now. But where lights are, are also shadows. Some do not like the PvP hardcore mode and steeper transition from PvE to PvP. I will think about that after 10.6 and CPU got released.
One common negative aspect it brought up though is, that my boost to Alien Turrets are way too strong. So with this patch (active at 5PM) the Alien Turrets have reduced damage again and lower ROF. Please note that it’s still the intention to make POIs a bigger threat than in Singleplayer.
Especially for HWS 11, I will make sure to have even a POI scale system, where starter systems do not have big Alien Turrets available, only late game PvE planets.

With the incredible help of our HWS Patrons, we reached the Goal to unlock this feature for everyone!

We think it’s a nice addition to some situations, we got asked in the past quite frequently.

It’s very simple but has some bigger implications in the background so read carefully:

We hope you like it and as always: stay tuned for more! Great stuff is coming!

Someone hacked my webcam

Very nice changes, also thanks for the PDA freighter information