Hey friends of the HWS Garage!

The last three days I was busy redesigning the HWS Garage in Space. Because the previous one was too small for all the new ship entrys. Also it had size class 45, which can be less.

So now we have a Garage with 16 parking spots - each category four spots. Since there were no explorer ships, these spots can also be occupied by miners until there will be more explorers some day.

btw: Explorer Category can now have two overlimit weapons (also from other ship type). I have made the change in the hope that explorer will be more attractive. Let me know, what you think, will make the ‘Explorer’ more attractive. 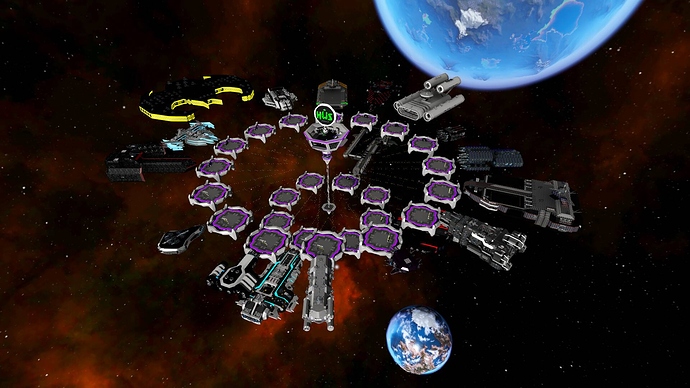 The Garage has now size class 15 and includes all the convenient features and information texts as the previous one. The ‘space-craft’ logo has now the color of the garage: purple. This means, that all creators count as ‘space-craft’ designers. 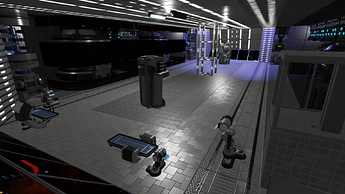 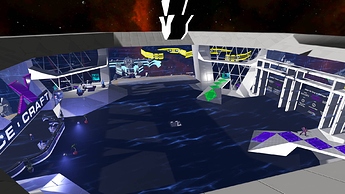 There is an observation room, where you can see all ships at once. The ships are now bundled in categories: 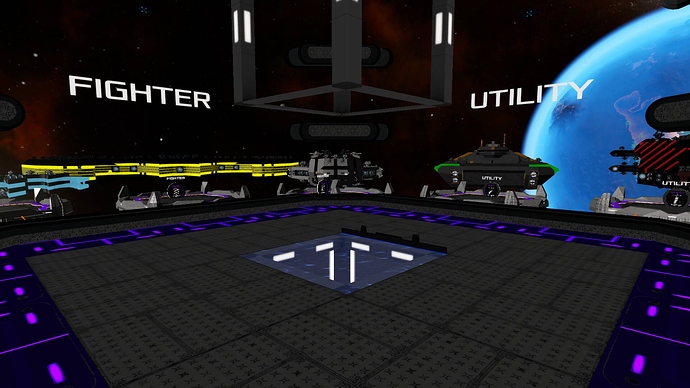 Last but not least you can find the ‘Newcomer Floor’ in the smaller circle down below the actual garage ships. There are three new ships now:
Utility - Manitcore
Miner - Scorpion
Explorer - Solar Prime 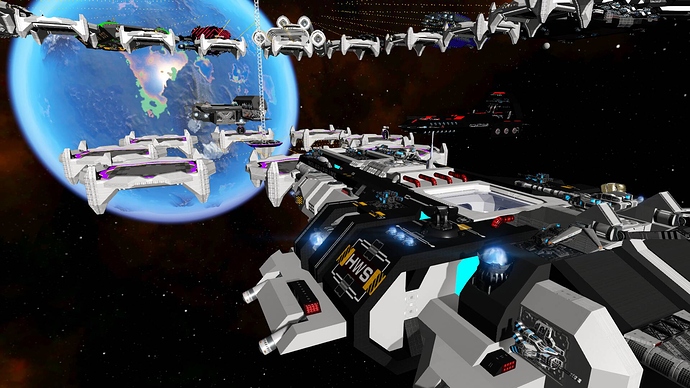 Also the Murcielago got a complete new design. It is bigger now and is equipped with weapons and turrets to the maximum.

Another new ship is the Hustlers Ambition. You can find it on ECC Planet.

Also new is the information sign at each ship. There you have now also the list of features and how the price is put together: 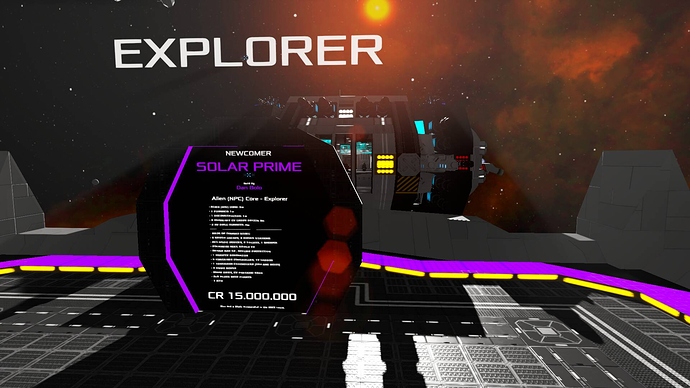 If the parking spots are full, there will be no more space for new ships. If the time comes*, The newcomer ships will replace older garage ships, that were not buyed very often.
(*When the counter of the selled newcomer ships get higher than the other ships.)

If I have spare time, I will also adjust the planet garage a bit: amount limitation of parking spots, newcomer floor, new sign design.

Please keep in mind, that submission is officially closed for now. I want to concentrate on new POI missions and other stuff for the next season

Only the Creators are always welcome to optimize their ships.

Let me know, if there are any issues with the garage zone, I will fix them asap.

Looks awesome. Will take a look as soon as dear to warp

As a new player to HWS (just over 2 weeks), but also as a freelancer the Garage ships are problematic in that the limits to CVs (2) and the limits on planets mean that a ship has to be outstandingly good or do something special to be worthwhile. Basically it seems that I need 2 [email protected]

For HVs the only thing that matters I guess is pure combat ability.

For SVs, there are more options, but the space mining ones are crippled IMO by having an SV warp drive, so if I need a CV to get to the decent resources, I might as well just whack 6 free drills on my CV. On planet resources are harder to find and I can’t immediately warp away from danger. I also have the cave reward ship (which is excellent) and a HV miner. Again, if it is not PVP then it needs a special ability. In this case the Maur stands out as cheap and having a useful ability (can repair the CV) it is also potentially a big timesaver (so much time wasted because there is something stopping the base repair working, having an easily movable repair bay sounds like a great thing).

Turning to the explorer CVs, the new one looks really nice (Solar Prime by Dan Bolo). Unlike some Garage ships, time has been spent on the detail texturing making it an actually nice looking ship- fine work Dan, as is your other CV. It has a deconstructor (handy) and a furnace (handy) extra CV drills (handy) HV drills (meh, waste of 2 million). It is larger than class 1 so that puts it into the needs to be tough category. It does not have the full weapons complement (fine, I could add more turrets) and the overlimit drills hanging off the front with no armour will be shot off in any extended combat and I will not be able to repair them back. Crucially, however, it is made of combat steel which means it is weaker by a noticeable magnitude than any ship I make and this is something that cannot be reasonably fixed. So it is a nice-looking, expensive miner with some handy features (some of which will be shot off easily) made of vastly inferior blocks.

Now I am a new player so 15M is a lot of money, but even if I had tons, its weaknesses counteract the advantages to the point that I would be dubious about giving up one of my few CV slots for it. This is mostly not a failure of the designer (combat steel has a lot more textures than Xeno and to some extent than Carbon) it is more the issue of the fact that on HWS combat steel is the 3rd class block (I would prefer armour for the drills though Dan as they are irreplaceable).

Roleplaying as a freelancer is, of course, another thing. But looking at the explorer class ships, none of them really scream freelancer in terms of function that I cannot already build. For a CV this is tricky as there is a limit to function you can add, but a planetary explorer CV would be nice for freelancers. For SVs, a “dungeon delving” tiny SV or one with warning system and a CV warp drive and drills would be worthwhile and in character

The final issue for SVs is I already have two really good SVs free- the free ship on the starter with T2 RCS and CV thrusters and the cave ship which also has medical and drills and such excessive thrust that I’ve switched off two thirds of the thrusters on mine. It is very simple to armour and arm them up while still enjoying the CV component benefits and this further raises the expectations I would have for an SV.

Explorer seems a difficult class to create in theme and perhaps other benefits could be possible from Rexxus’ side (e.g. a bonus to stealthing the ship in terms of raised base stealth level or reduction in cost).

Very good job Ju, you an outstanding member of the team keep up the good work, perhaps I’ll find the need soon to visit it and take a look around

it is very beautiful. you must make the time to check it out.