I fail in the first quest. How can i get the weapons to solve it again?

When did it happen? (Use server time: type ingame cb:time)
=> I fail the first Quest where you should kill the fire, earth and water-elements. I try it again, but i didn´t get the weapons for the quest again. If i stop the mission and try to reactivate it, it´s also impossible to get the weapons again. WHat can i do to solve the mission? 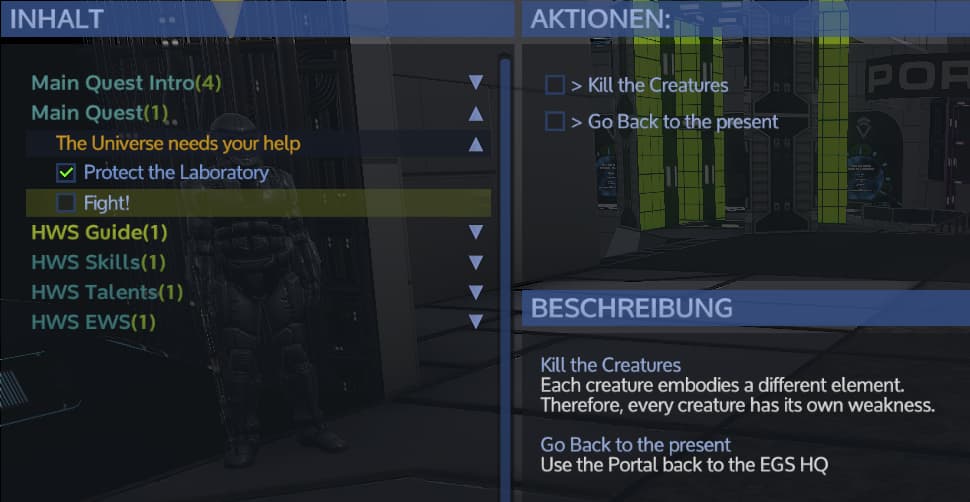 There are 2 Portals to do the first Quest now.
So you have the chance to get the weapons two times.
Or did you both portals already?

Otherwise try to prepare well for them and beat them with Epic weapons.
We will improve the design of this quest asap though.

Ok. I try it at EGS HQ. Where is the second startpoint and chance to start the quest?

there are 2 Portals above each other. 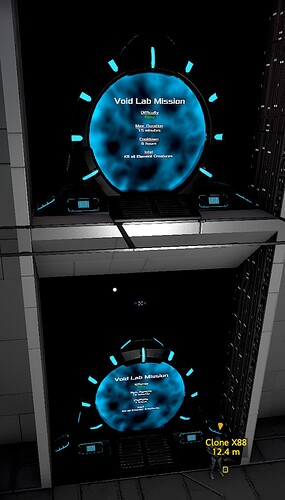 Rexxus, doesn´t work with the second portal. I can go there, but it´s the same as in portal 1. I didn´t get the weapons again, and also the killed one firemonster is remebered. so it´s the same quest i think. Could you reset it please? 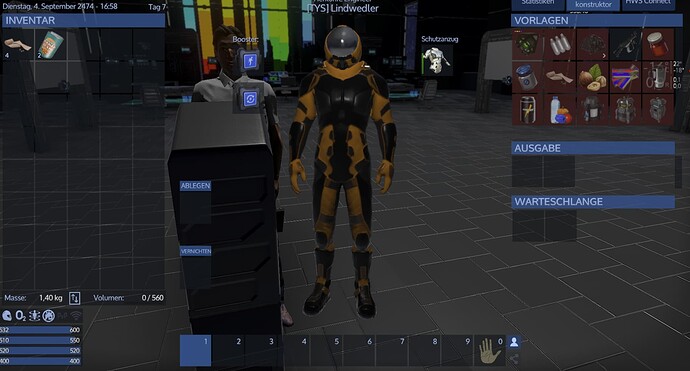 Same problem here, looks like not all hits count so if you waste one shot or more you cant kill the creatures.
I´ve tried to enter the second portal but it´s like Lindwedler said, you dont get new ammo.

After that i tried to kill one creature with my Epic Pulse Rifle. It took over 400 shots and wasnt even half down. Sorry, but i dont want to use 3000 shots, a lot of jumping and running to get rid of 3 Creatures in over an hour. It´s not that i want an “easy way”, i only think that is a bit hard for one of the first quests.