I need help please - Can't log in, stuck on Eden planet - CV may be at risk?

What happened:
=> I was trying to land my CV on Eden to log out for the night, when I could no longer access my control panel when I needed to refuel. Could not dismount seat, couldn’t really do anything except for access the menu - I tried to relog, but it just goes through loading planets, loading structures, and then sits on the splash screen with no text but “Alpha 10.5.0 2654” at the top left after the loading text disappears.

Crewmate tried to rescue my ship, but, when he was on the planet, he had the same issue of not being able to access his control panel, until he flew back to orbit - since I logged out and couldn’t get back in, I could not follow suit. The issue might be planetwide for Eden, but does not extend to orbit.

How can we help you now:
=> If there’s some way I could log back in tonight that would probably be enough unless my ship somehow got destroyed, I’m sure it’s out of fuel by now and was in midair, so, I don’t know what that means for it. It has pretty much everything I own in it, sadly so I’m worried.

Sorry if this is not a great support ticket, but i was directed to create it by Wiseman in the discord.

your ship is “safe” but… 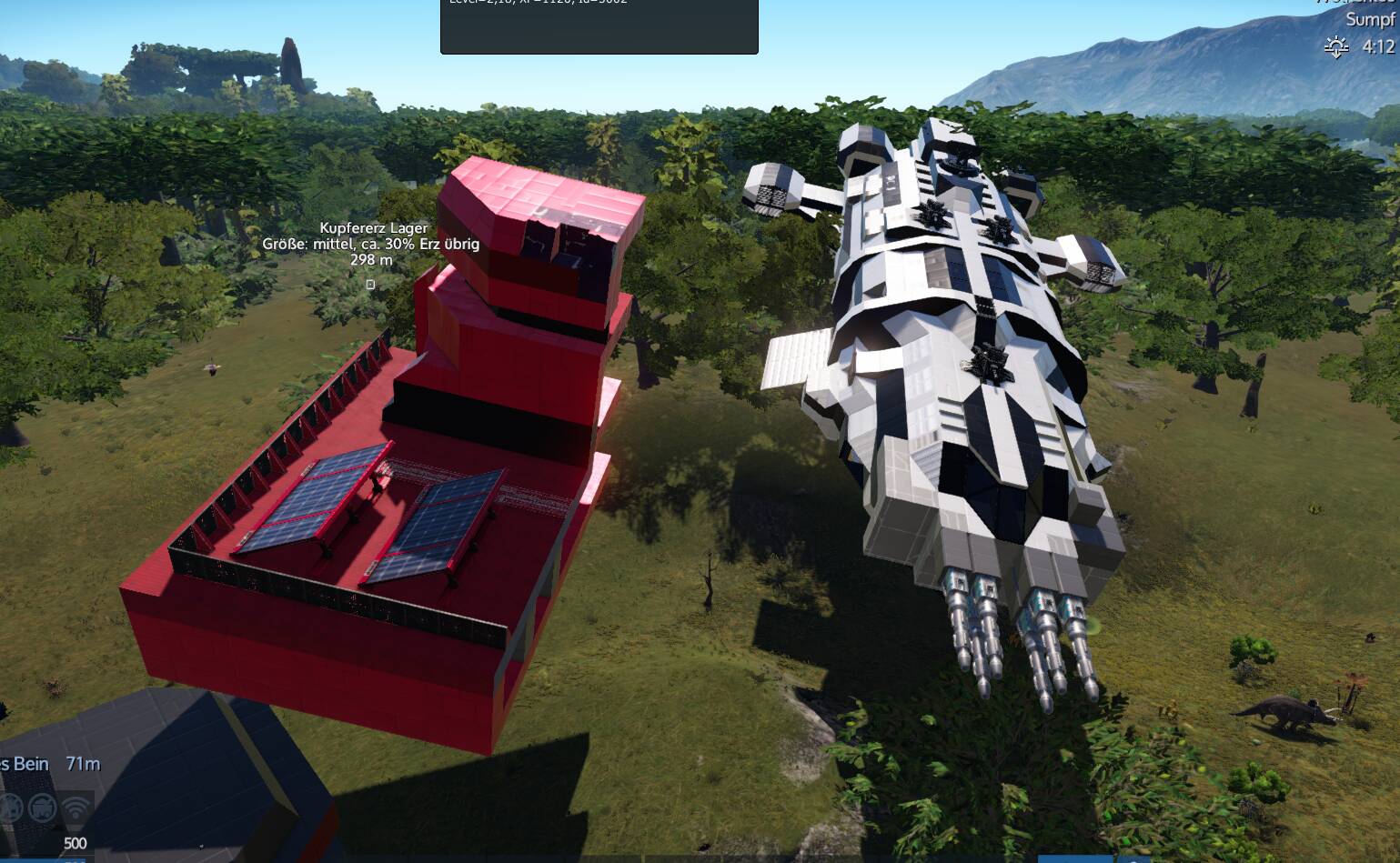 Do you know what base (the red on the picture) is merged into your ship ?

I guess it is not supposed to be part of your ship.

I will restore your ship, but please, if you know which base that was, let me know, so I can also check the base.

I’m sorry, I don’t know. The last time I was in-game my ship was floating without the ability to be controlled over an abandoned bunker POI, and it was moving horizontally a little. After I’d tried everything and logged out and logged back in, I couldn’t get into the game anymore so I assume it randomly drifted and crashed into someone’s base or a POI or whatever that is.

I’m sorry for the inconvenience and I wish I knew more. I really hope I haven’t accidentally harmed someone’s base.

Okay I just logged in and boarded my ship, thank you for your help on the issue so far, but, in my hangar there was a ship called something like “Apache Mk II” - an SV, which also had some loot and ammo and such into it (it was what I fight with).

Was it anywhere to be found? I don’t have its ship ID (sorry!) and it doesn’t seem to show up in the list of SVs anymore. Can anything be done about that?

Hey, all good, no problem. Just thought it might have been your base or so.

I restored your SV. Sorry did not look in the ship before. Its where your ship was on Eden.

Thank you! Everything’s there!