It seems that when I fly close to an alien base (probably one I cored myself), the intruder log says that I’m the intruder to the alien base. Also it counts myself as an intruder when I get close to my own base? Is this because my own ship is set to private instead of faction and vice versa? 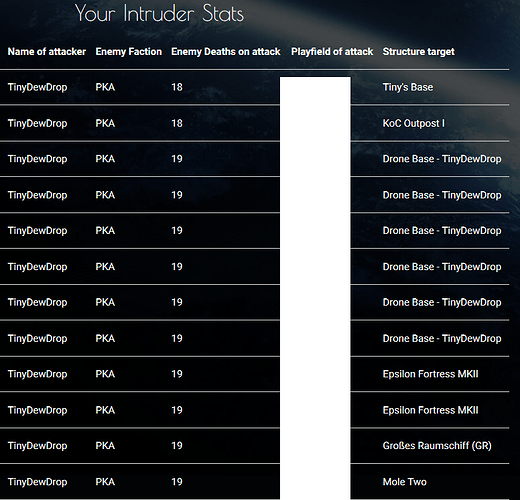 Note that Grosses Raumschiff is not mine. So it should not even turn up in the log right? The log seems to report me attacking/visiting enemies as an intrusion to me?

Also I’m 100% sure that the “Enemy Deaths on attack” is bugged. I didn’t die 19x times visiting a Grosses Raumschiff on PVE when flying nearby it… I also did not die 18x entering my own base lol