This mechanic allows you to safely enter the blocks of your tank, to repair, escape, or use the passenger seat to get back into the tank. 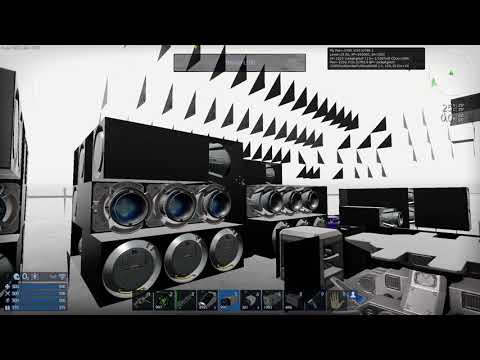 Thank you, I’ll give this a detailed look and see how I can best use this mechanic to win.

Can you expand on your legal cockpick? I’m unfamiliar with cockpicking techniques. 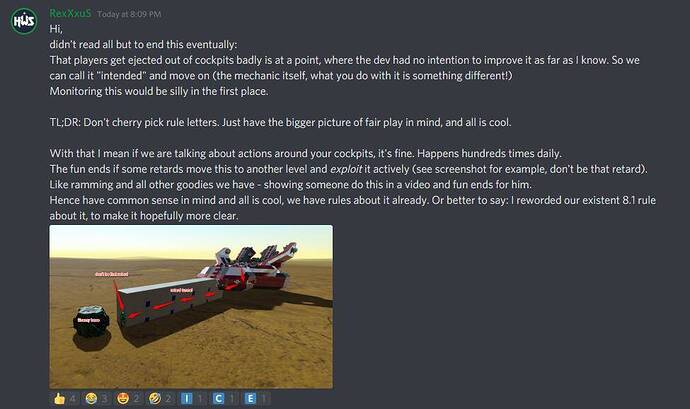 As you can see by the design of the tank, there is only ONE way out of it. Glitched into the blocks. Ranzeth’s team is the one that introduced us to the design, so we appreciate them giving us this information.

Most good tanks only have one way out. Makes it harder for enemies to shoot your cockpit.

Most good tanks have a legal way out, nice try though. By bringing this to light, our goal was to point out what was going on. If all that happens is it stops, perfect. According to Will, he’s agreed not to use this in future designs. Perfect.

Have a nice day Ranzeth.

so now it’s a forum post wasting even more time. pls stop this unclear crusade. u have been posting this the entire day and the only reason seems to be a public soap boxing event. rex has spoken on this. he even copied his discord post here. not sure what ur trying to accomplish other than to bad-mouth unknown assailants that hypothetically could be using an exploit. yes it is an exploit and there is nothing we can do to prevent it. policing this severely under powered exploit is also a waste of time.

u have still yet to provide any evidence of usage other than yourself. are u looking to get banned for exploiting and spreading this around for all to exploit? doesn’t seem very productive.

Abrum just wants everyone to play legally. I think the reason why he is on a crusade is because he views this as the reason why TAW tanks get killed more often than Op4 tanks.

I am just guessing though. Abrum might just be on about it as he views it as an exploit, even though it doesn’t really give you a PvP advantage - and to him, an exploit is an exploit so it doesn’t matter.

Either way, if that’s what he thinks, then all the power to him. But, that cockpit ‘design’ isn’t the reason why TAW loses more tanks.

Speaking of legal and PvP advantages , This is also a legal tactic but what a waste of content. 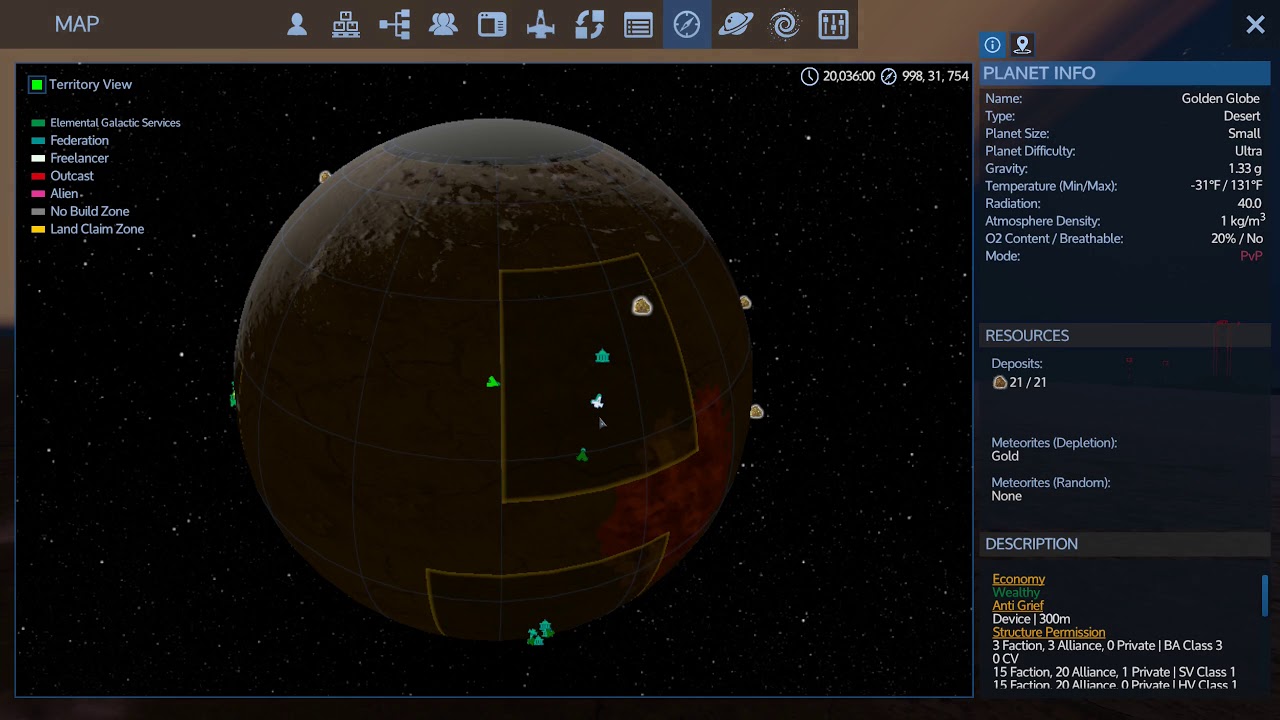 Apparently even in a decent tank, you can die by the game flaws. 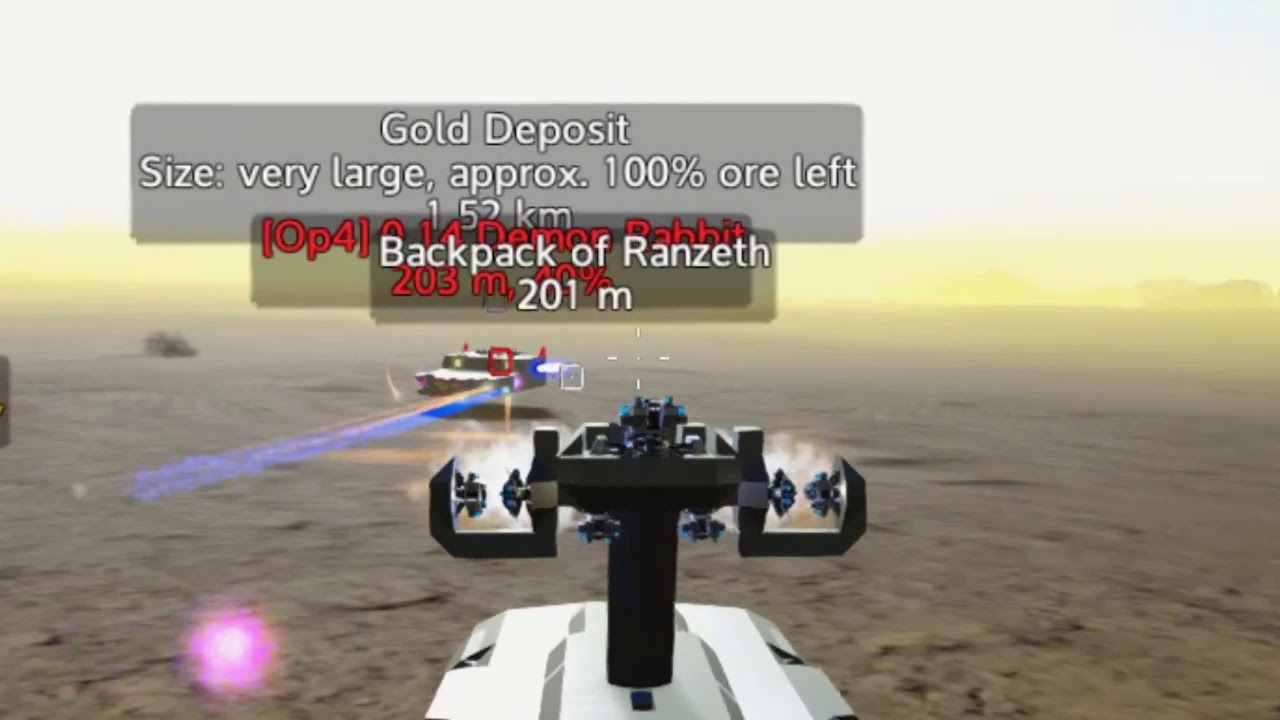 Also, If your new to the proximity logs, here is another great utility for pvp. 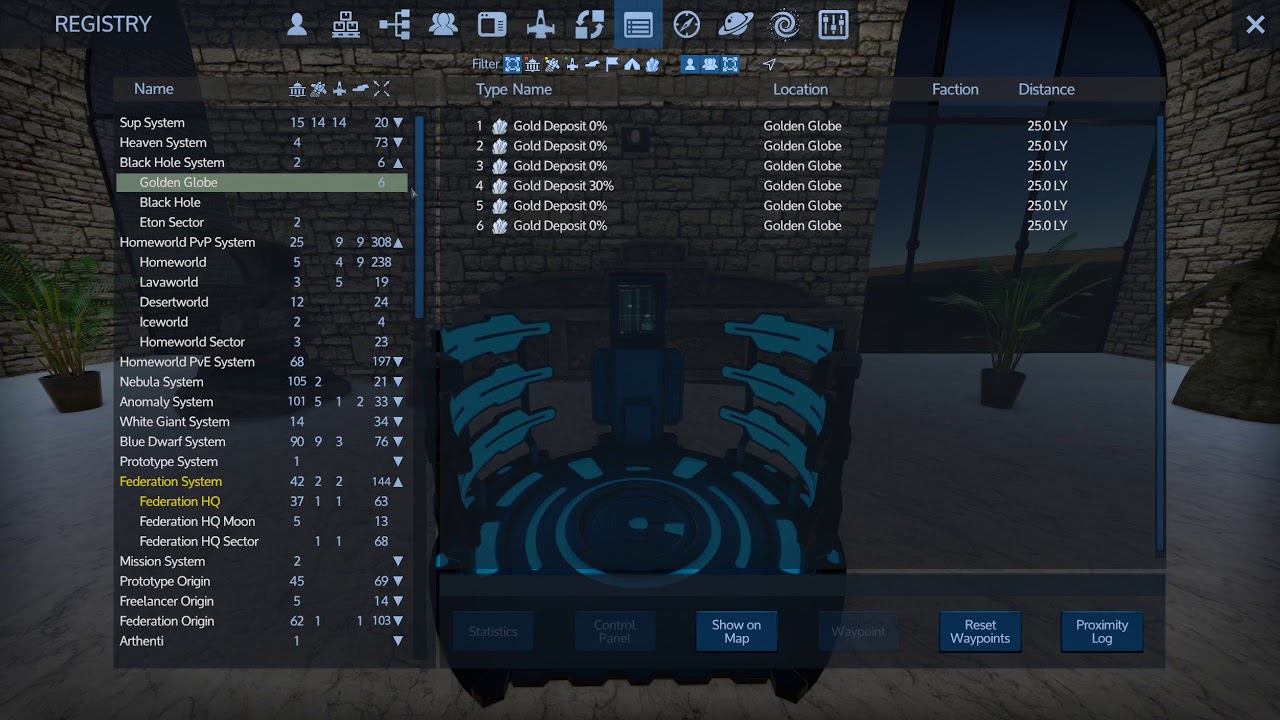 Fair gameplay mechanics is where its at people or it’s just going to be nukes vs nukes at the end of the day.

Also, If your new to the proximity logs, here is another great utility for pvp.

@RexXxuS Video of a pulse bug still shooting through HV shields and killing the player before the shields go down.

@JiNCo Thanks for reporting this bug.

I always report any bug or exploit I find. =) I kind of figured you did, but I wanted to make sure to thank you for it anyone

Just to clear something up, that lagshot isnt new… the fact it is done while shield is on, is interesting, but nothing new.

It was supposed to have been fixed years ago.

The Price Increases Will Continue Until Customer Retention Improves!