I’ve lost all of my RP due to player Telemaque67 breaking rule 2.4 on multiple respawns in the same place/ammo draining 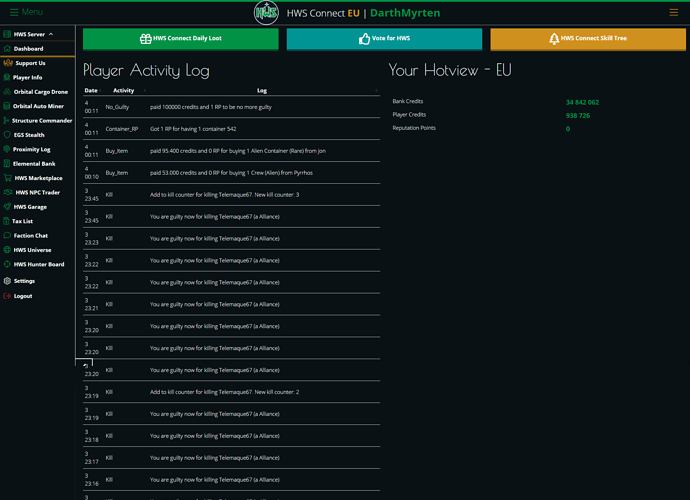 Timeline of events:
I was on Cebu and wanted to go to teleporter monolith, while near it I’ve noticed Telemaque67 and his faction mate near the monolith with CV and two SVs.

I considered diplomatic approach too risky so I’ve attacked them using my HV and won the encounter, but it turned out that Telemaque67 is a member of the alliance, as I am so I got guilty - I acknowledge I could use command to check their origin before so I don’t dispute penalty for first kill, however Telemaque67 kept respawning in the same place in violation of the rule 2.4 despite me telling him on global chat that it’s against the rules so my HV turrets kept killing him and later on I’ve realized that for each kill I’ve lost 10 RP so it fell to zero.

I left the area and asked him to leave it so I could reach the teleporter but he didn’t comply so he got killed by my turrets few more times
Player(s) with issue:

I think he’s a new player and suffered already so I don’t want any penalties for him besides a warning not to do this in future, but I’d like to ask to get my RP back to the level as if I had killed him only one time and he had properly respawned.

our system is programmed in such a way that these kills only add to your kill counter (against Alliance) if you actively killed that guy.
And you did: you were in your HV and enjoyed the show

A HV is an active thing. You could have turned off the Turrets with 2 clicks.

I don’t see the ammo draining rule valid here. For one because it mainly counts for bases and second it was your decision to let it happen.
And it didn’t look like a big battle or what. You just slaughtered him over and over again for no reason… 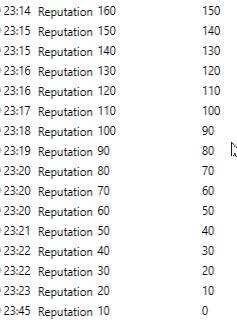 Anyways, since you might not knew some things I restored a portion of the RP as “lesson learned” sign.

Thanks for restoring RP, I just wanted him to leave the area so I could safely use teleporter and quite frankly just didn’t know what to do once he started respawning