the last days we were busy adding more content for you! 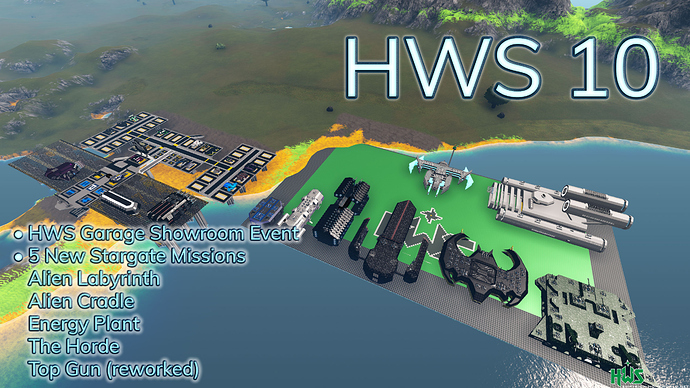 It’s incredible how much time it cost to create Stargate Missions - I realized one more time.
Couple of Missions were reworked from the past, since they were always played before. Some will remember the Alien Cradle or others for example.

The Horde is a new mission, thankfully provided by @Remeey, which I reworked a bit for HWS.

Without any spoiler: please let me know how you like them!

The PDA Integration for ALL Missions are coming along the way!

With a lot of time and even more dedication @Ju could not resist to implement ALL new HWS Garage ships into a single Playfield, which can then be tested by you before buying them!

After a lot of thinking this will be a dedicated HWS Event, where you have every 6 hours the chance to fly around, run around and basically “owning” the ship for a period of time.

It basically means that the Cockpits and doors are set to 0000 so you can check everything out + fly around.
Once the Event ends after 1 hour, it will get completely wiped to have a fresh version for the next instance.

The initial best idea to set all ships to public was not possible in the end, because it would mean you could blueprint the ships for free. And with “you” I sadly mean also my haters, who would just steal insane amount of time and afford you have put in for HWS, not their other Servers.

As often said: player blueprints are for me a holy grail, the most precious and wonderful thing in that game. Without your creativity, style and time you spent into blueprints, it would just be an Agriculture simulator game!

Therefore I protect them as good as possible and crush everyone who breaks my policy.

Anyways, the Showroom Event needs a little bit of preparation in our tool now, to make it work. Once it’s ready, you get the announcement ingame broadcasted.

Building Missions requires tons, tons of time. I keep working on them to give you 36 Stargates in the EGS HQ building! I think it will be a cool feeling to have so many blue / red Stargates there

But without good POIs for the Missions, you can count about 1 week per Mission to make those.

Other than that let me show you a Teaser about a new feature coming very soon! 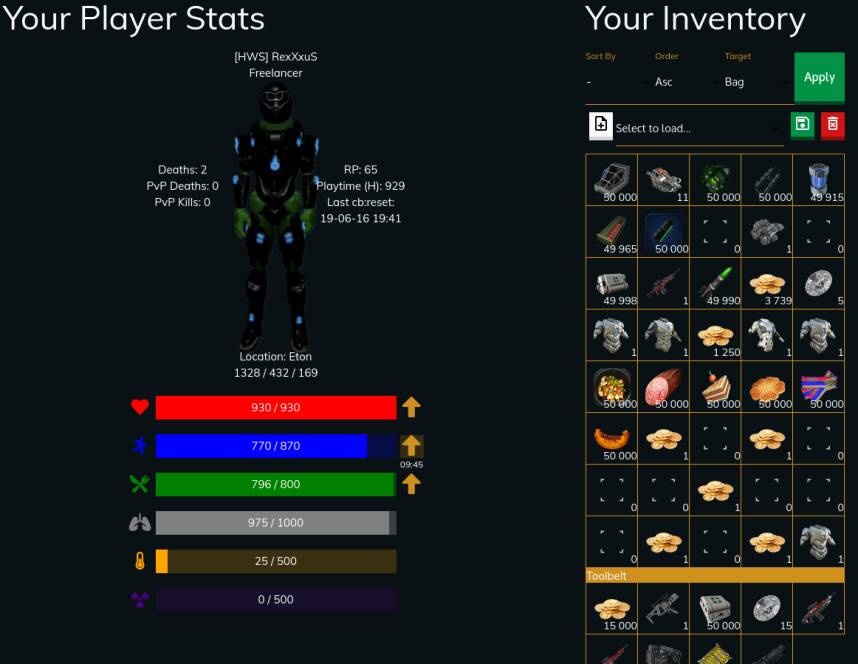 Please stay tuned! And thanks for all your feedback and time on HWS!

You all never fail to impress! Thanks as always.

Very nice can’t wait to get into the new missions and pois.

The opportunity for new missions are awesome, thanks!

I understand being prepared in pvp, but isn’t 50k cockpits a little excessive?

Well done,keep up the good work

Awesome work man! Been on the server about 10 days now and cant get enough of it. Thanks for your hard work, it really shows!