a pvp player named ogplayer55 sit down on top of my cv so i couldnt get away If im not mistaken that is cheating.

I dont know im new to hws and its rules 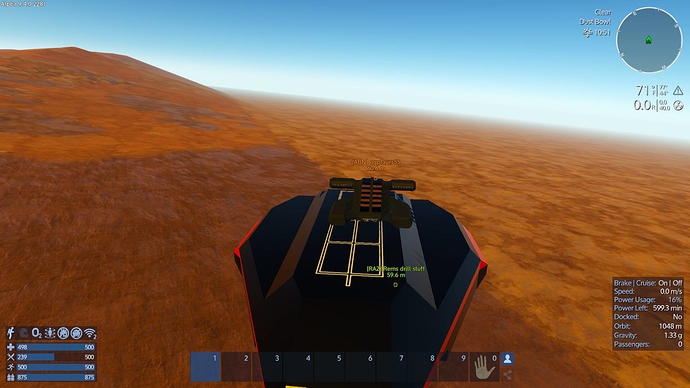 7.1 Do not tackle other ships with your ships! This notion of ‘tackling’ is considered an exploit, and is an ILLEGAL tactic when used intentionally to disable or hinder movement of a vessel.

remeey (04:32)
just to clear things up i was trying to take off in my cv and he landed his ship on to mine
remeey (04:32)
and prevented me from moving

Explanation : Tackling is the REPEATED attempt of one ship to stop another ships movement.

His CV was not moving, he wasn’t on the cockpit when I did it. Tackling does not apply here since it’s a completely different thing.

Last but not least this rule only applies if you get forcefully pinned down for a long time so the enemy can destroy your ship while you can’t do anything.

I basically reloaded my weapons got off his ship and started attacking his CV again, only took a few seconds.

its difficult to say without any video proof.
But obviously @ogplayer55 did purposely hold him down, to destroy him later.

Since there is not much more proof and obviously only one short time, let this be a warning for you. If you would understand the spirit behind the rule you would know that this is not wanted here.

Warning for what, for doing something that is not against any rules? That rule shown above is for “ramming” and “stopping” people from moving to attack them, I did none of that. What if I do it again, are you going to punish me for breaking a rule that doesn’t exist?

Four people were talking about this issue in global chat, the accuser Remeey, myself, and two others, and after reading the actual rule (Explanation) we concluded that it was fair game and pretty much legal. Saying that I need to understand the spirit of the rule is not very helpful because you are being vague and leaves people in doubt about what the rule actually is. Five people had their opinion about this rule, and based on your post your interpretation of said rule differs from ours. Maybe the rule needs to be change a bit so we all can understand it in the same way you do?

My bad I think.

First: Remey wouldn’t spend time for a ticket, if it wouldn’t affect him.
Second: I will make in the rules more clear what tackling and docking means. I see separate things, cause
Third: Ramming is indeed a repeated act and only best seen in the video. Docking however, because crap game mechanic, is an instant knock-out of enemies, he can’t do anything about it. Like nothing.
Sorry, will update the rules better today.

I understand what you mean.
The reason for the rule was something different, as rex mentioned.
This was, as you rightly state, not visible in the rules. Rather it suggested something else.

Therefore as mentioned no punishment will be done here since you acted according to what was understood out of the letter of the rules.

You guys (both sides) know now about it and we can make a clean cut here.

Why do you have to be like that? why would you just dock your ship on top of another’s player? This is becoming like FortNite a daycare for children.