just a quick information that we have implemented three new donation options for you to support us. 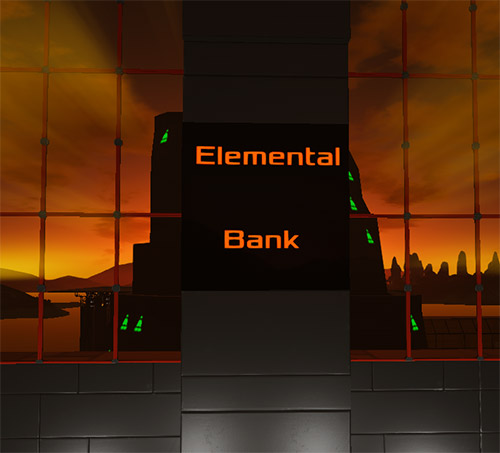 We hope you like them and adds a good way in supporting us without any pay to win aspects or other bad feelings.
Your fun, fair play and a healthy way in running HWS is the most important goal for us.

So check the three new options out here if you want: (probably you have to clean your browser cache since I redesigned the page a bit - CTRL + F5 or CTRL + SHIFT + DEL)

(Please keep the Alien Core warning in mind before using it!)

For the fourth one I would appreciate YOUR feedback!
It is about Resource Packages. At the beginning I was very against them and still are, so I thought about it in a different way!
It not only cost you real money (€uro) but also Reputation Points (RP). Because I REALLY don’t want any pay to win situation out of no-where, you know that.
So a new guy has 0 RP so he can’t make any profit out of it. For existent players it gives even more depth to RP. I think it’s quite cool

BUT what resource package would YOU like to see? What money / RP would you spent for what resources?
I would really appreciate if you put a list in the comments below together.

Excited to hear from you!

P.S.: Gold in any way will never ever be available to purchase in any way.

I think the idea would be to keep it minimal.

I agree, should be more of an emergancy package.

Hmm maybe some penta (refined) as well then, would fit nicely into the “emergency package” idea.

Just before someone will say its p2w…its not, 3x 999 ingots is nothing.

From my side ill reather use any other package or service for donation as i consider amount as this marginal.

Maybe do:re is modified and the donation could add more to your do:re with unlimited limit? fusion cells + penta is probably most important.

With that price i’m sure it would be open to everyone to use if they want to and i’m sure lots would use it, might ease up the need for planet owners being the dominant supporters.

1€ is quite cheap though. Keep in mind taxes + PayPal fee goes on top of it. Maybe 30 Cents remaining for us then. Hm.
But it’s the classical way of “mass sums up” maybe.
My general thought of a Donation is not really that it is a daily service for people to consume which will be probably the case with 1€ donations but rather like “Ok, let’s support HWS”.
So yeah, combining two worlds is the trick here.

Ok what about this 10€ for 20do:re and 10€ for 20do:bp as separate donations, then instead of costing RP per use for donator’s what could happen is that do:re and do:bp can be used anytime by anyone for a cost of 3RP each. This will give more value to RP and at the same time remove any thoughts of P2W. (could always be renamed to fa:do and fa:re)

Some additional ideas for donations could include, recall x 20 for 10€ (home teleport)

teleport’s the user back home (instead of dying and clicking home option) with full inventory instead of empty.

This will help when your game bugs and your home option grey’s out, and your only options are to spawn in nearest clone bay (usually puts you in the enemy base so you can die over and over xD) and fresh start (T_T), do:re / fa:re with a ship ready in f2 with penta + fuel is also good for this type of situation.

Also this would be incredibly difficult to exploit as it takes a long time to find the ID and type it out so can’t use it in clutch situation when an enemy is attacking you, unless your in a really tanky CV and busy dying then it will sort of be like scotty beaming you out while your ship turns to dust with no one there to save it xD.