Next Season of RE - scale universe down for smaller database

Would you consider for next season of HWS RE to downscale the universe itself?
Smaller universe = smaller overall database.

Look at RedScourge’s modified RE scenario “Space Cowboys”.
He has a MP server running his scenario, so he could provide metrics from his server so you can see if it makes a difference. 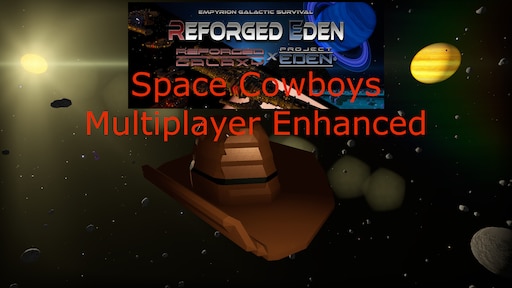 He has other tweaks, but maybe just this one would help with HWS RE, cut back on the db query issues a bit when the player count is near capacity. A 450 LY 17K stars playground is surely enough for HWS players. Just wanted to see if you would think about it for next season RE, certainly you can sit on it until after you finish HWS+.

i personally don’t think RexXxuS should bother with messing around and balancing someone else scenario, taking time away from HWS+
main issue is that any changes (like RedScourge’s scenario) need to again be adjusted to HWS version (custom planets in galaxy center, HWS services…)

and also, if i recall correctly, Ravien said himself several weeks ago he is reducing galaxy size in RE v1.7 for roughly around 75%, that means galaxy should be around same size or even smaller then RedScourges version (by stars number, not 100% sure about LY size)
he was also looking for other ways to reduce games database query mess

game experience “should” be quite better in v1.7, we now just have to wait a while to see it

Hey and thanks for your suggestion.

Right, I don’t want to fiddle around in another ones work.
Ravien said he will reduce it by 33% which is still too big of course but at least something…

Just reducing the count in the GalaxyConfig.ecf isn’t that straight forward as you might think.
I mean yes, it could work but only with luck.
In worse case the stars will be spread more around which would mean I have to increase the warp range as well. And maybe some important story playfields are not reachable anymore as well, which needs Sectors.yaml adjustments.
All of that involves a lot of testing beforehand - something I can’t do right now.

if it helps performance and lowers the lag, then its a great idea, even if it does not, cutting the universe to 1/2 would be a great improvement, but not cutting down the LY, as there are so many stars you cant clearly navigate in the universe, and targeting a single star is sometimes an issue when they overlap.

i dont know if you can see how many of these stars were actually visited and how many planets/sectors discovered, but i am sure its not that great number, below 10k for sure

Hope to see some improvements towards reducing the lags, that have been an issue for quite some time now.

Maybe also removing some useless NPC ships/pois that noone bothers to visit or target as they dont give anything useful.

Some statistics would be nice to see how active people are (visiting stars, sectors, planets, stations, pois, destroying npc ships, harvesting crashed ships, ect), there is just too many things that only drain resources and noone visits/harvests them

Thank you for considering this.

i dont know if you can see how many of these stars were actually visited and how many planets/sectors discovered, but i am sure its not that great number, below 10k for sure

And more crazy data in this 4,6GB big database. In a savegame that is only 6 weeks old…

Nice and crazy, thanks for sharing

hmm so each entity has an ID, even those dinosaur babies?

well no wonder it gets so laggy