Issue resolved.
Summary: Use a subdomain if using Nitrado, makes life much easier.
Highly suggest using the full version with RDP however.

I followed these (somewhat confusing) instructions and followed them correctly but still no luck. How do I find the seperate Telnet IP in Nitrado? Not the port, the IP. And still unable to get the FTP to work.

And that’s with following that guide as it explains.

the telnet server is your game server with specified port in the game server settings; dont forget to enable telnet. you will also need to note the telnet password and update EAHL with this info.

There is no seperate Telnet IP for nitrado.

I thought this was the case, but upon going through that post a second time I noticed the only thing I’d done differently was not setting a separate IP for telnet via the config files. Just doesn’t seem to work. I know I’ll be doing something stupid, or have one thing in the wrong place or something (even though I’m sure I haven’t - I’ve been through over and over again).

EDIT: I’ve managed to get the Telnet section of EAH working, but nothing else works? And I still have to reenter the password, as it says it is incorrect, even though it’s not. But regardless none of the other tables/features/FTP work.

Nitrado is a bit of a PITA to set up… It took me a few runs and wasnt until i helped the last fellow out on this linked post that i nailed it down completely. Its not unique to you.

Ignore much of the beginning of that post, as it was me trying to help the guy figure out his issues… And then i started going into how to set it up.

Here’s my config setup, for your reference - mind, im probably on an older EAHL: 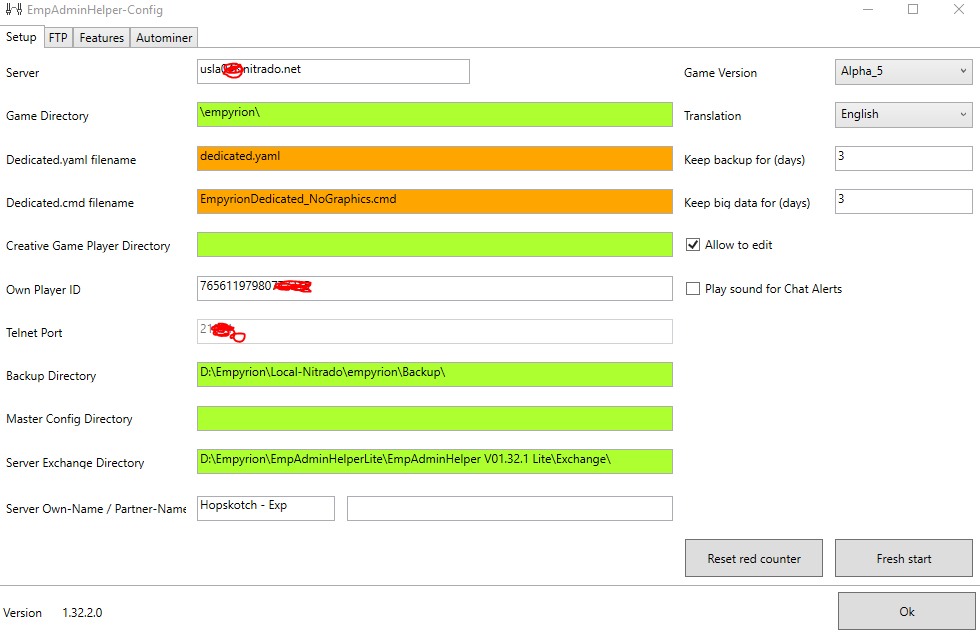 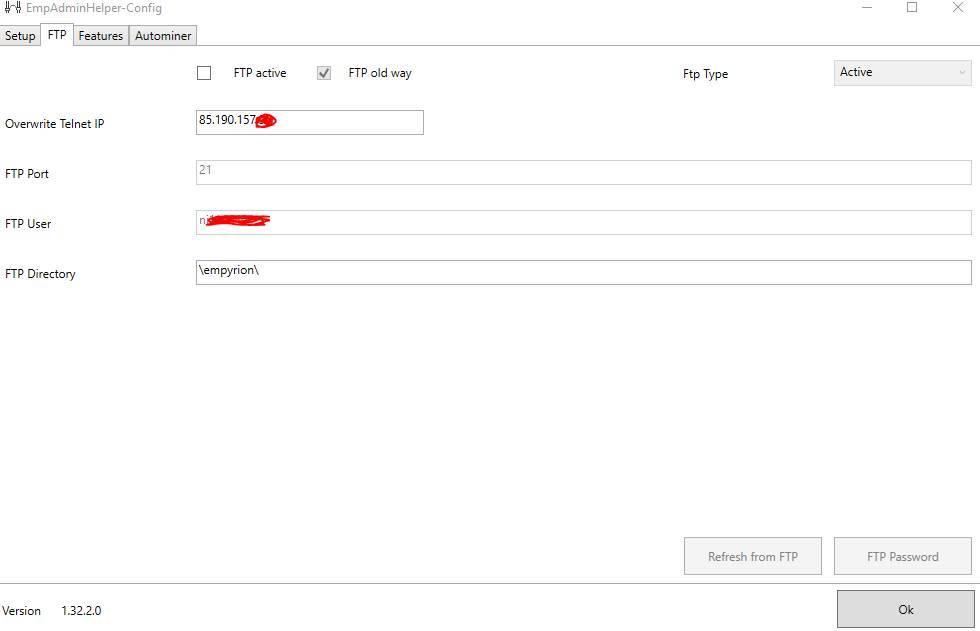 EDIT: I’ve managed to get the Telnet section of EAH working, but nothing else works? And I still have to reenter the password, as it says it is incorrect, even though it’s not. But regardless none of the other tables/features/FTP work.

Thanks for the help!

Strangely, using a subdomain like you have instead of the default Nitrado IP/Port combo has fixed the issues I was having and I think it’s pretty much all working now. Shame most of the features don’t work on the Lite version, looks like I’ll have to think about moving my Empyrion server onto one of my Dedicated servers so I can use the full version. Looks like it’s worth it.

Awesome!! Glad to hear it!

Its definitely worth it if you have Dedicated servers – MUCH more full featured and easy to use. You’re not relying on FTP and restarts and such to make your changes and you get a lot of power.

Try it out on a Azure or Amazon server for a quick check!

I have a nitrado server that I toy with just for testing and use the lite version, but wanted to see what I wasn't missing.... so I set up an azure game server, hooked up a dedicated server and woah! The full version is so much more full featured. I'm not done playing around yet, but already I can see what I'm missing over there. This note is for anyone thinking about one host over another - if eah is your desire, go for a server that lets you do RDP and install the full version. Hint: ni…

Welcome to the family!

Just some notes, since I just helped someone with Nitrado:

Click on the Connect button (Red On/Off button) and see if he can connect.