Hi can we have a dedicated section with pictures of all banned Small Vessels, Hover Vessels Cvs and BAses?
Because is our first season here and only 2 images in the rules of banned building methods is difficult to understand how to build without commit crimes and be pvp competitive.
This will incentivate following rules by new people on HWS and will be a deterrent to veterans to break the rules being scared to have the pictures of their pvp stuff/designs posted on forum.
Thank you.

Well, like the creativity is endless, the pictures would be endless.
I can try to feed this section there with pictures along the way I find, yes…

To be sure, just show them to me via PM for example

Can you explain this?
Ok artillery glitching but the others turrets?
because 2 days ago i was on golden globe and all the tanks had those kind of turrets… 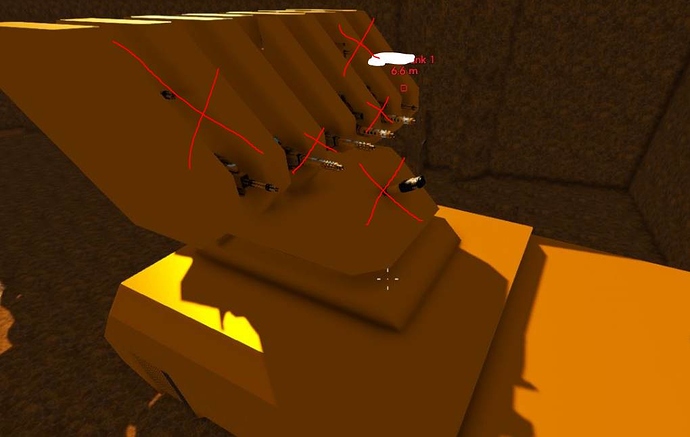 They got destroyed some days ago at least.
They are glitching into the blocks by rotating as well + shoot fine 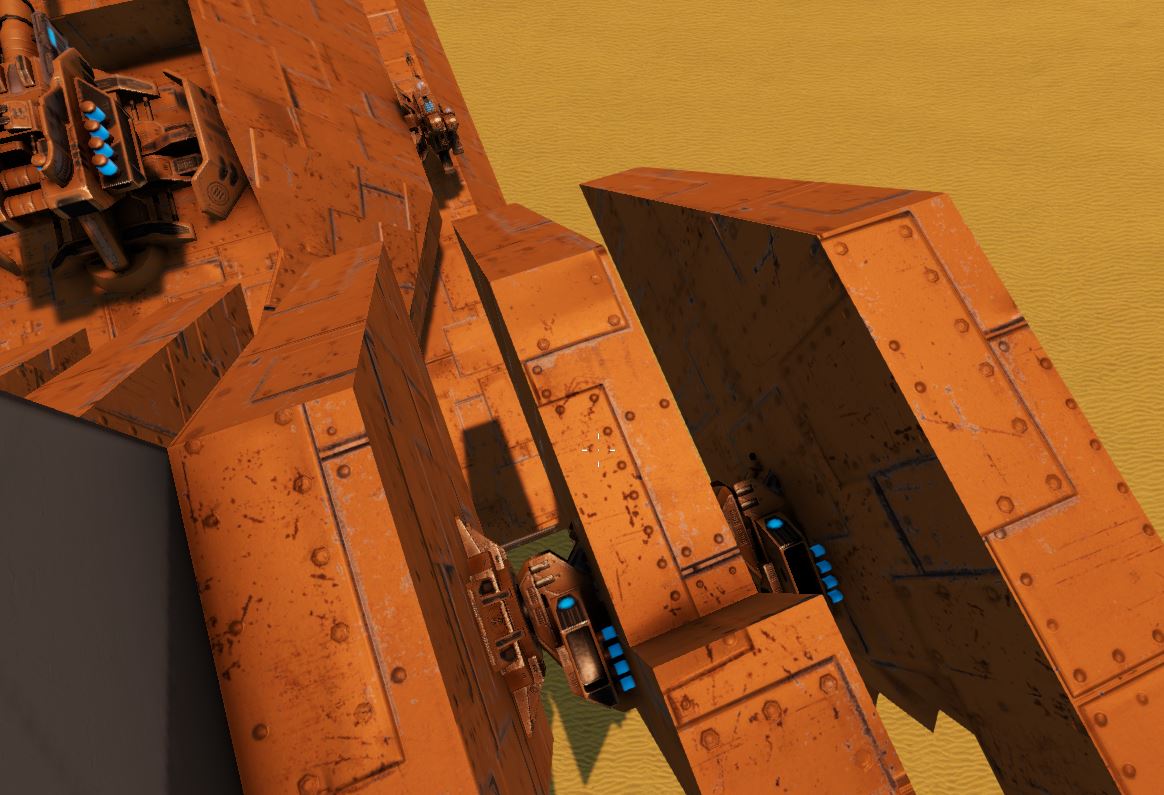 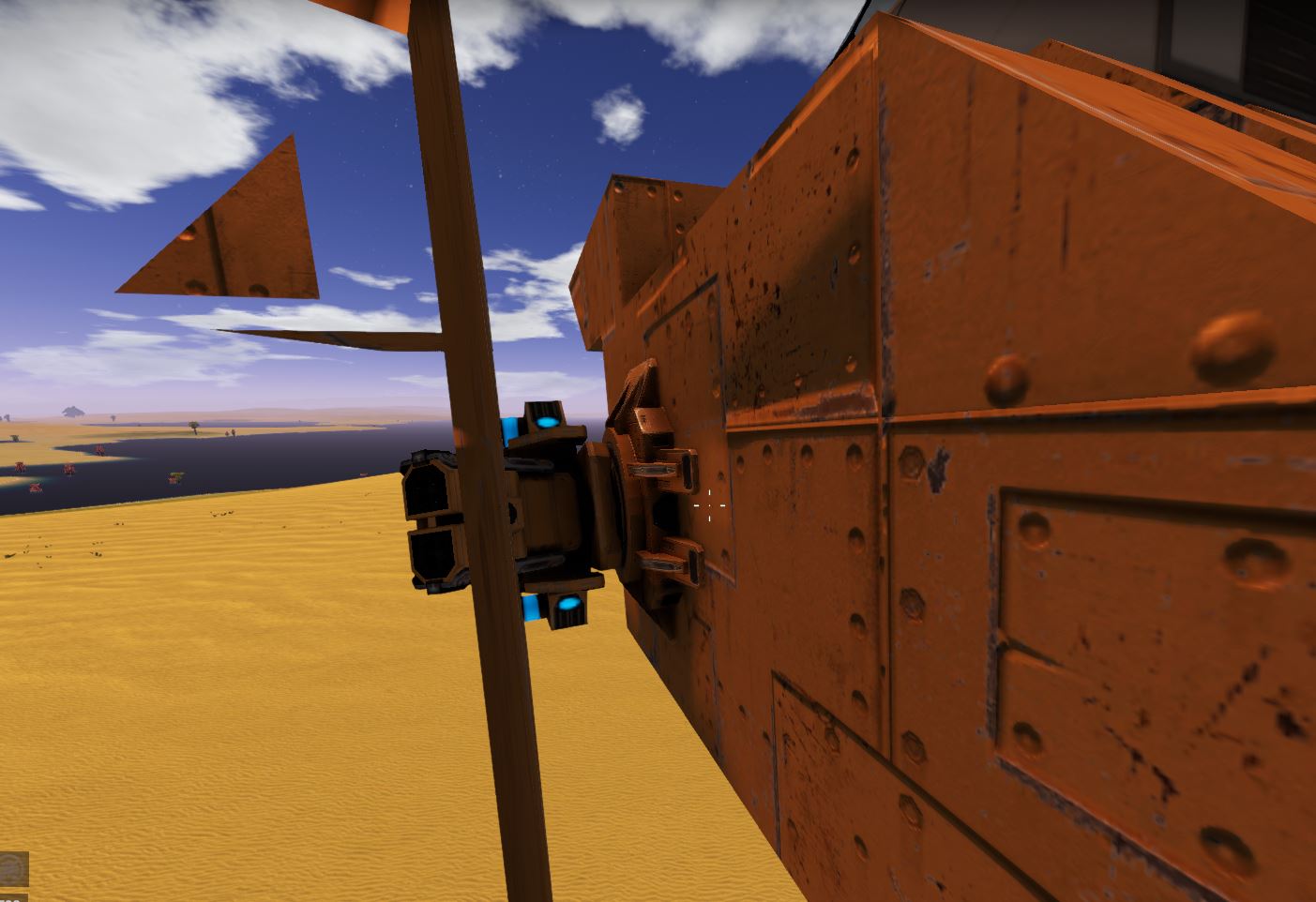 Paxxo is right - there are way too many using the fin-type design - essentially roofs over the turrets when viewed sideways. One EU individual has this very design on his big CV and has gotten away with it over many seasons.

Seeing so many with it i’d assumed the rule had become more relaxed - glad to see it isn’t. Hopefully they’ll be clamped down on by Poh Leece.

This is legal? I blueprinted it yesterday 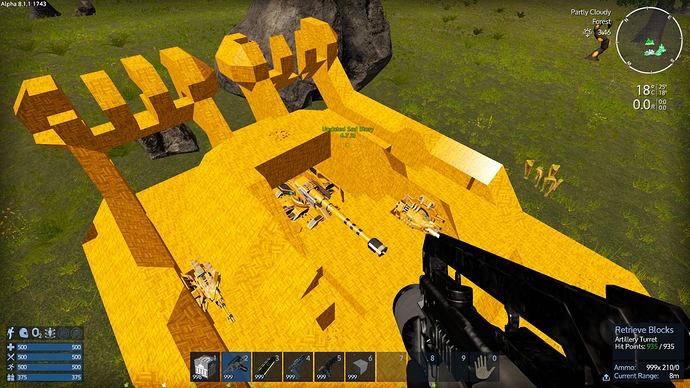 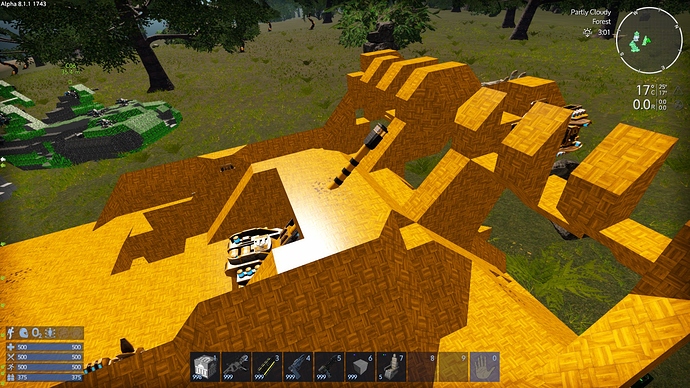 @RexXxuS If fin mounting isnt allowed then plz tell me why Char from RED faction EU is allowed to use the very same design on his CV and has done for quite some time even when is has be mentioned before in the forums. You were quick enough to float about 1 factions entire setup so plz dont start yelling for proof when you can just go look for 5 seconds and see yourself. If you dont have time then allow the police to blueprint peoples ships to take to creative and look inside for illegal builds so they can report back to you. Trying to screen shot when your in combat and someones backing away from you is not always possible. If you let your admins actually carry out spot checks on people esp the larger factions you wouldnt have to deal with all the accusation as the admins or police could activly control it.

Thats the guy that first came to mind when I read this thread. He has been reported many times over the past few seasons yet still continues with the same design.

Sad Story HVs are parked all over that huge AAA alliance base on gg. But they are all honest guys and would never ever do this. ha.

In fairness they may not know Rex deems this fin design illegal. Like I said we spent seasons reporting someone who has gone unpunished - therefore naturally that design concept has worked its way into the accepted category.

This is one of the tank that battled over gg yesterday. The base on gg is gone.
Ok we know now that some fin designs #could# be illegal…but man that artillery is GLITCHING all over the back part and the TWO SIDES.
Veterans should know that is illegal. And is one of the biggest faction of the server and none noticed? There was at least 8 of these battling over GG and this was the one i already spotted 5 days ago on gg.
This is one of their MAIN BATTLE TANK.

I’m sure they’ll make changes if Rex/Gareth mention it to them. Its not too difficult a change. The arty needs more room and the fin design needs an extra block of air before the next upright. 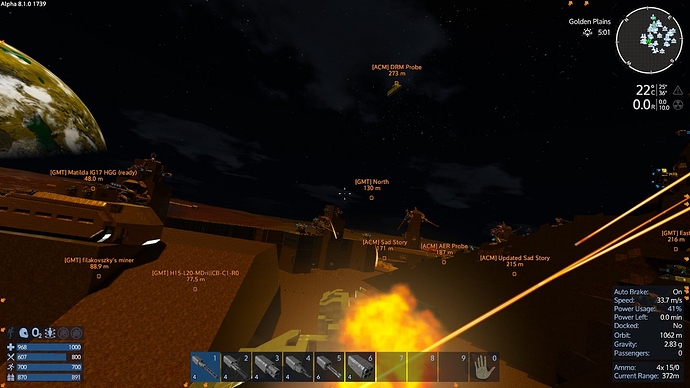 Will anything happen ? No. Rexx is the Prime Minister and that alliance is basically his Cabinet.

someone needs to resign

The rule certainly requires clarification @Rexxxus - Just had a chat with someone and apparently both sides are building this way.

Only a couple of weeks ago we were told that Char’s toast-rack was legal. As a result the Dwarven Alliance started to emulate the design. Two weeks later one of those designs was deemed illegal and deleted during a battle scenario. Those who were using them were under the impression they were legal, and certainly would not have used them if they had known otherwise. @thedevilfrog if Rexxxus was supporting us he would not have deleted all those tanks during a battle, nor would he have deemed the alliance base illegal so that we had to remove it after four weeks of it being ‘alright’. This, too, had to be done during the battle, and you have the nerve to accuse us of being in Rexxxus’s pocket when the exact opposite appears to be more the case. I would also like to point out that the tank design appears to have originated from Char, who has been using it for some months. He also uses that design in his CVs, so please stop accusing the Alliance of bad practice when we are just trying to survive in the present arms race after we waited for some time to find out if the design was legal or not.

Not performance issue but illegale, hence you shouldn’t use them!

Screenshot video is enough. No need to blueprint anything.
People have to come to me in first place and ask if they doubt it’s legal.
The last time I checked ALL HVs and removed if needed. I can’t run around like a dog all the time.
If you find something, make sure to post it in #hws-get-support:hws-police That’s it.

Will anything happen ? No. Rexx is the Prime Minister and that alliance is basically his Cabinet.

Before spreading lies, maybe you ask the Alliance what happened?
First Warning.

I’m tired of this guys. The rules, ALL of our rules are CLEAR. EASY. Some just want to search and search and dare me, it’s not word by word mentioned. It is said in the rules to not have anything clipped, glitched or whatever and so be it.
Everything else is just playing around with me, waiting who is faster: the enemies reporting or I checking. Both results in toxic useless situations.

As far as I know at least, it was about using Hover engines / thrusters in HVs flipped. That was at least the discussion about. I said it is legal. The clipping turrets were not what I mentioned at least.

To be honest mate, to me it was said a couple of things were fixed in Alpha 8 and bigger planets would not be bad for performance… so

Autoturrets are the bane of this game in multiplayer, the root of all problems.

I don’t understand why Eleon doesn’t make ‘placement’ space for the turrets large enough to also include the space the barrel needs to turn 360.

It’s such a simple, simple fix to get rid of 1,000 glitches and exploits for barrel placement.

Because they don’t seem to care about logic at this moment. It’s all about making things pretty for the single players or PvE servers with 20 people max to fly around workshop ship(t)s. They don’t care about the PvP aspects at the moment. Looking at every major update so far we have been scaling backwards on the entire performance aspect of the game. There has not been one focused on performance, only band aids to fix the major breaks from prior patches. Something that should be a simple easy fix like, say, turrets cannot move through structures is neglected.