this is gonna be probably the last announcement before the 6.0 release and some maybe already smelled it - you have

before the end is coming; before the full wipe is happen; before a new era of Empyrion begins!

I can’t spoiler how much will change or how much we still need to do for it but with the 6.0 release announcement you will read it very good!

One thing I promised is to release more details about the donator planets.
I release already a big topic about it but since then a lot have changed, mostly in the game development what I wasn’t aware of. This needs to be adjusted here and there, therefore I give short facts / summaries now.

Everyone who has a donator planet till now has the responsibility to send me a forum pm / discord pm or email that he wants his planet in 6.0 to be active.

This is one of the biggest new changes for HWS. The runtime of a saison will be 2 months. So you can expect a full wipe every 2 month! Only exception is if a big empyrion patch coming a bit before or after this timeframe.

This means that every existent planet donator can keep his planet till end of 2017. Then it will be counted as for every new planet donator with 6.0: you can donate for your planet per saison. It is not permanent anymore.

Since the game is in the alpha state and there is no mechanism to handle massive amounts of people on the server, we have to full wipe the server and the starter systems from time to time. So far our tradition has been to do a full wipe as soon as a major Empyrion patch is coming out. The explanation is easy: The resources are finite - the people joining the server infinite Full wipes The full server wipe will be always announced at least one week before. What will be transferred per default: …

So happy waiting till the end.

every planet will be in one orbit beside all the other “Sanctuary” planets. The orbit however will be taxed to prevent campers

Are you saying ‘reward’ planets are in their own orbit, then the rest of the universe is in another orbit along with ‘hidden’ donator planets? Basically like Homeworld orbit?

I don’t really get ‘pvp restricted’ planet…what are you going to let only certain players come down to pvp?

If 6.0 is coming out in a few days then, why not release full HWS plans now so we can have a few days to prepare? I would at least like to see the universe map.

Booyahh I believe this is only effecting Donator Planets, not the main game planet/layouts etc… the main game/planet layout is the big supprise, id be guessing!

I do however thing 2months per session is rather short, especialy for people just starting out playing the game, slow progression along with limited playtime of new players, will be harmed by a 2month session time. Likely too put some existing players and new players off even starting if they are gonna be wiped every 2 months…

Just my thoughts!
Good Luck All

Are you saying ‘reward’ planets are in their own orbit, then the rest of the universe is in another orbit along with ‘hidden’ donator planets? Basically like Homeworld orbit?

I edited my sentence. Maybe it is more clear now. One orbit = all sanctuary planets.

Now as you ask… actually not needed anymore I guess.
Before it was like: guy with a ship entered planet, didn’t read, lost his ship but got warped out. In PvP people could kill his ship then.
But now the guy AND his ship will be warped… I get rid of this option then.

If 6.0 is coming out in a few days then, why not release full HWS plans now so we can have a few days to prepare? I would at least like to see the universe map.

Well almost not anymore… people will respect the fa:scan soon a bit more I guess.

I do however thing 2months per session is rather short

From our experience this is just the best time where the game still runs “fine”. HWS 5.0 ran now for four months. It was “dead” almost 2 month ago. So a perfect time.
And yes, maybe this will be true for other servers but HWS has just too much of backup plans and keep over options where this shouldn’t be an issue.

At least taking the advantages of regular changes etc. into account.
It is a test - we will see

Can I suggest making the admin POI mandatory on ALL donator planets, regardless of option?

Edit: all donator planets and PvE playfields except EM?

Excellent,
As someone who owns a legacy planet this is more than fair. It is unreasonable to
expect to own the planet forever.

If any Donor planets are left I would like to grab a second one. A PvP unrestricted
in Donor orbit would go along way to keeping the Veterans away from new players.

There is a player war on NA. Most players have chosen sides already or wish to
remain neutral. If any of the allowed for donor planets go unclaimed Op4 alliance
will buy it then donate back as a place for us to have our player wars.

Let me check your intention behind this constructive post… 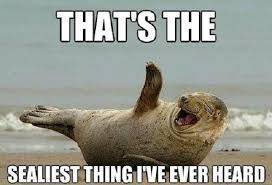 By my way of playing, I’m not interested in a server, where every two months will be wipe. But I say that for me. I still recommend this server. Is my opinion, with this I do not want to make controversy, six wipes (minimum) a year, to me they seem too many

Sorry for my bad english

and one more thing. Because you put my player data?. Are you laughing at my 250 hours of play? I do not understand

where every two months will be wipe

Ok here is the explanation:
HWS 2 and 3 had almost a runtime of 2 months. HWS 4 a bit longer. HWS 5 was just a luxury to have it running 4 months!
That was not only bad in player motivation terms but also regarding Hardware. The game isn’t meant yet for a longer runtime. At least not if you want fun for everyone / everything.

Maybe in the future 3 month are also good but currently 2 is more than ok;

I do not understand

What you don’t understand is that we have a feature called OCD (and others). But with OCD you can save your items persistent. Forever. There is no much tears left over for a wipe. Just upgrade your OCD and you laugh at full wipes, not at OCD level 1 images.

Hope it got more clear now.

It’s very difficult for me to express myself in English, so I apologize if I do not understand myself. I understand perfectly why you have to do a full wipe. I know all the server utilities. But 2 months seems like a very short season. 3 months as you said before I looked perfect … but two months seems very short. More than a month ago announced the 6.0, and from that date and knowing that there would be a full wipe people began to lose interest, waiting for the new season.

Really do not you think excessive 6 wipes a year? I see it very excessive. I would like to know the opinion of other players. Maybe it’s just me who thinks so. Again, I say this is my personal opinion. I do not want controversy or anything like that

Since you asked for other opinions, 2 months is a starting point based on 18 months of server history. We known4 is way too long base on 5 experience, and we know 2 is great from early HWS experience.

I do agree that 2 months isn’t very long to establish a sense of home and all that, but I also agree that let’s start at KNOWN GREAT, and make changes from there.

2 months also helps us develop. If there are big gripes about changes and features it means players don’t need to wait as long

This means we can focus more on the player side of things instead of committing time to quick fixes etc.

As the game progresses it will become longer and longer.

Having Ocd means that you don’t lose anything… Don’t know of many players that have ships & bases 2 months old… Defo not in pvp and in pve only the donators and maybe some reward planet guys.

We lost a bulk of players around 2 months ago. Usually there is a steady stream before a wipe and then a mass influx after… But this time round we have had a very low stream of players to normal which indicates players are bored and ready for a new build.

It has always been just over a few months sometimes less. Every one has different opinions on this I imagine but at this alpha stage performance and stability is the most crucial aspect of the server

I’m wondering also if the 2 month season give people a chance to try out the various origins, change their stripes and reinvent themselves. One season someone’s a pirate looting traders, the next he’s a guardian protecting them… will be interesting to see if the community allows that from a “grudge” POV.

I think three months would be more reasonable. Plenty of time for us to enjoy ourselves and keep up server maintenance.

I would agree with the 3 month wipe. 2 months is a bit short.