Present and Future of HWS (+ and RE)

I got a lot of feedback the last few days and I feel some are worth a public announcement and overall describing the current but also future plan. 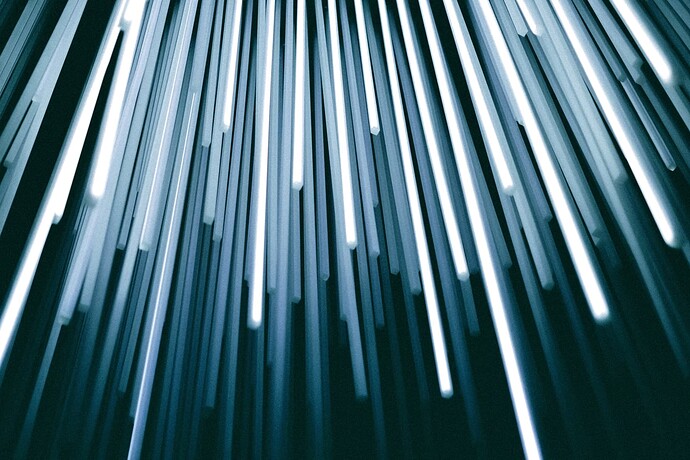 The launch of HWS+, in its Alpha state, was not the best but better than I could hope for.
I know many don’t enjoy an unfinished scenario and left. I totally understand them.
But please, give me the time it needs and give it another try next season or the season after.

I started HWS 2016 as nobody and built it up as well. It was easier of course, because there were no expectations yet and I got much more time.
It should proof the point though, that I’m serious about what I do.
The difference to 2016 is also HWS RE of course but I hope I can deliver to you, that it does not mean that I will stop doing HWS+. Sure, the majority of other servers out there only host RE and rely on it solely - income wise as well. Some fear I will stop doing HWS+ because of it.
While I’m very grateful that Ravien and Vermillion allowed me to run HWS RE (I asked before of course), it’s not something I could only rely on though. With all my knowledge and ideas, it just needs its own scenario and place to “live out”.
The tricky part was just the inevitable change of things over the time. Now, with more modding options and the clear direction of Vanilla (still overall just bad) and Reforged Eden (Singleplayer), we go with HWS+ our own path. Here and there a new one and still to find but a path that neither of the both can deliver (mainly performance and PvP).

That is the reason why I will try to work very hard on HWS+ for the next 3 months and above. Depending on my physical condition (currently not in a good state - my eyes are non stop red, dry and hurting and my broken collarbone has its toll to my thoracic spine right now) we might call the next season HWS+ Beta and end the year with a finished HWS+.
I have a quite clear picture of the end product and I try to communicate that more with you over the time but please feel free to drop feedback whenever you want.

As I said, it’s incredible that it picked up that fast to the most popular server and helped me honestly greatly during the last 1,5 years, where the other servers “had a break”. That much, that we even went for a fourth HWS RE NA server, that is also nicely populated.
But of course basically every other server owner out there is running Reforged Eden on their servers , so what makes HWS different.
Well, beside you awesome community and our unique HWS Features, it’s another task for me to improve it for MP in general.
Keeping an eye out for the database, optimize it with our knowledge for better experience and adding a bit of PvP into it - something MP stands historical the most for.

With the next season I want to iterate once more over the PvP hotzone we have, making it more lucrative for those, that seek the high reward, high risk theme and finally adding those long promised events in - some recent Eleon fixes I just needed for them.

So everyone who loves Reforged Eden or waits HWS+ out, feel free to start your journey in a fresh season:

With the next season we also add Aluminium and Platinum for our HWS Orbital Auto Miner.
(please keep in mind that the OAM lvl 10 Support package does not have them recursively included)

I’ll start a 15% support package discount tomorrow for those interested supporting us and keeping HWS alive.

I hope with this kinda current plans and kinda roadmap, I could clean up some concerns.
HWS runs since 6,5 years by now and I always thought the longer it runs, the easier it gets but here we are, at one of the most stressful times.
But I plan to keep it running for even longer and I’m currently laying the foundation to back up my statement, that it will get easier in the future. Doing occasional balancing, adding content along the way and have 4 servers filled with happy players, my job is done.

With the next season I want to iterate once more over the PvP hotzone we have, making it more lucrative for those, that seek the high reward, high risk theme and finally adding those long promised events in - some recent Eleon fixes I just needed for them.

I have had no problems with HWS+ so far. Well done @RexXxuS

once more over the PvP hotzone we have, making it more lucrative for those, that seek the high reward, high risk

direct course towards the death of RE server, immediately after the release of hws+…

So wait…I just joined up a couple of hours ago. Are you guys full wiping or finishing up a season right now???

if your talking about re that is true however we have some powerful features that will let you carry over materials and money to the next season. of course with the wipe happening this weekend that doesnt give you much time but if nothing else a time to get familiar with the unique features offered here at HWS allowing a smoother start into next season.

Thank you RexXxuS - i like HWS+ and I appreciate all the work you have done to create this world. It comes just in time, when everyone has already put their resources in the cargo drone and there is nothing to do in RE until the wipe

Keep up the good work!

what because you and your other 4 faction mates might leave?
stop being silly.

Told you before, we’ll give you a ship to try it out with so you can see what the fuss is about. no charge.

we’ve also decided we’ll be supplying some basic pvp ships for cheap at the ECC garage all season for purchase at very reasonable rates for any that want to just jump right in.

what is it, your friends are busy and you can’t guard the newcomers at the quest zone? do something else useful, don’t stop people from expressing their opinion.

what because you and your other 4 faction mates might leave?

I am completely calm for myself and my friends, we are all quite experienced players and we know what all this leads to: none of us will fall for the pvp retraction trick
but many other people who play here purely in pve will leave. And the server will die just like HWS died

Told you before, we’ll give you a ship to try it out with so you can see what the fuss is about. no charge.

I will agree if you pay for my time. I value it too much to waste it on such a boring activity.

I will agree if you pay for my time. I value it too much to waste it on such a boring activity.

how could you possibly know if its boring or not without even trying it.

but many other people who play here purely in pve will leave. And the server will die just like HWS died

all the largest factions engage in pvp, we come here just for that, HWS RE is the only server running full volume/mass/cpu RE with pvp. the only one.
immersive full experience, full loot pvp.

I look forward to seeing what improvements are to come.

how could you possibly know if its boring or not without even trying it.

I have been playing online games for over 20 years, so I know

all the largest factions engage in pvp

name a few, except MSF

btw, I would be glad to see from you recordings of pvp fights and not beating 5 on 1

Besides MSF? FRN and ESP off the top of my head, they were the last 2 factions we spared with. you tend to find pvp brings people together which is why pvp active factions tend to grow faster.

check pvp channel for our 1v1 vids, thats the majority of the pvp thats going on at the moment

we usually only dog pile people when they try to jump us as we’re vulnerable doing the poi in blackhole out of our ships,
anyone that doesn’t want to fight with us is welcome to send us an ally request, and we just ignore them provided they stay clear of our facilities. that goes for everyone reading this if you’re looking to explore there but worried about a massive JVI fleet jumping ya, just msg us and send ally request.

You can play all the games you like but nothing is anything remotely like Empyrion PVP, its a pretty unique experience, I’ve been playing online games for over 30 years and nothing comes close, doubly true on the wonderful HWS RE server when you have all the extra immersion from the mass/vol/cpu and pve content that links into it. Gets the blood pumping, edge of the seat stuff that fighting a cloud of 1s and 0s cant replicate.

Anyway, I’m going to avoid commenting here anymore to keep from monopolising the thread.
we can take this to DM’s if you’d like.