I donated yesterday for the XL Resource Pack, but never received it. I found another post that mentioned “do:re” is used to claim the package, though currently the server doesn’t seem to recognize that I made the donation. Help would be appreciated.
Thanks!

first of all thank you very much for your support!

I see you got the XL package today morning as soon as we woke up.
The command is do:rp:xl

do:re is something different; it is the HWS Donator package. We try to make the wording a bit better ingame.
Thanks again.

Thanks RexXxuS, I appreciate the support! There still seems to be an issue, however. Apparently “do:rp:xl” is gated behind Reputation Points? I get an error indicating “Sorry, but you are missing 9 Reputation” when I attempt to use this command. Am I missing something?

The description of the xl resource package clearly states it costs 15 RP per package.

It appears I was mistaken when I paid for this… I was under the impression it was 5 € OR 15 RP… Didn’t make sense to me that you would pay IRL money for something, and then not be able to receive it because you don’t have the proper in game currency. I like the server, but not enough to give something for nothing. Refund please.

You seem to missed something even though it was stated on the page, yes. 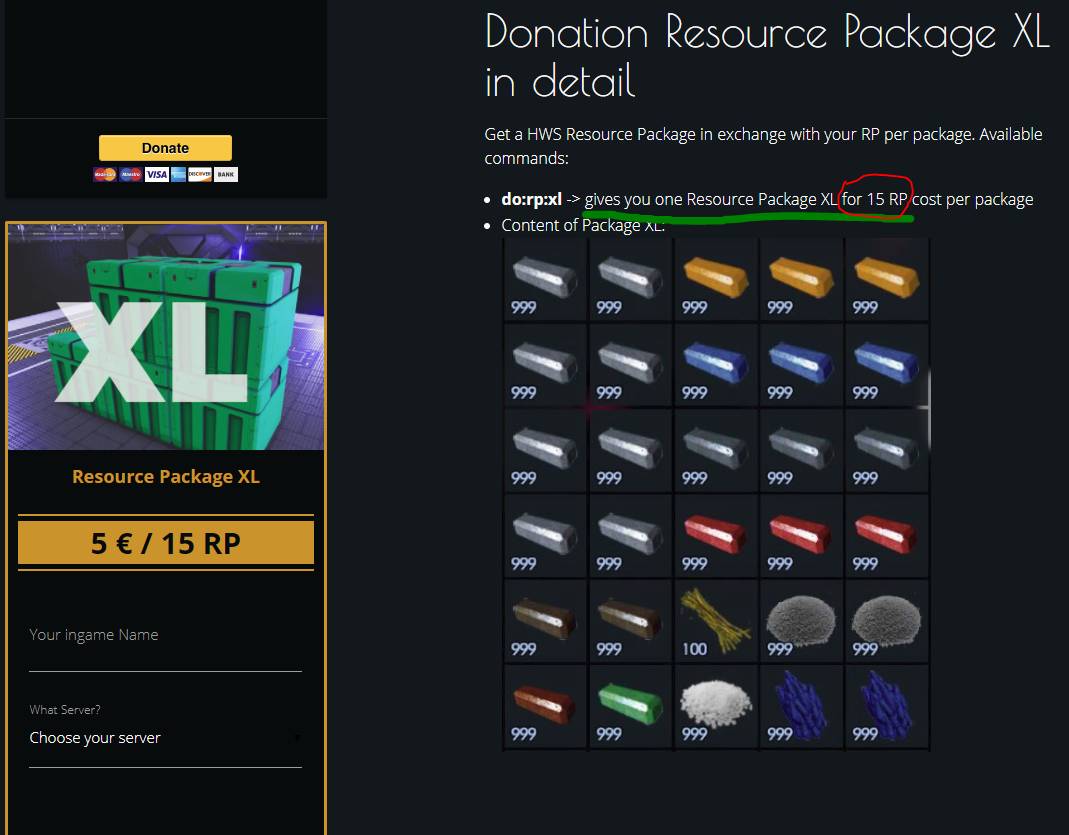 But the “/” (slash, also on the playfield descriptions) seem to confuse people so I will replace it with a & or so.

And why?
Because HWS has the intention to not be a pay 2 win server. To also require RP is quite unique and eliminates this on instant. Otherwise some people would be swimming in resources at day 1.

If you do a proper refund claim via PM, I start the PayPal procedure as an exception…