What happened?
=>Just want to know if this is valid or illegal: placing a base on the GG gold pile with land claim then offline protection> as a ABN have done on EU GG. 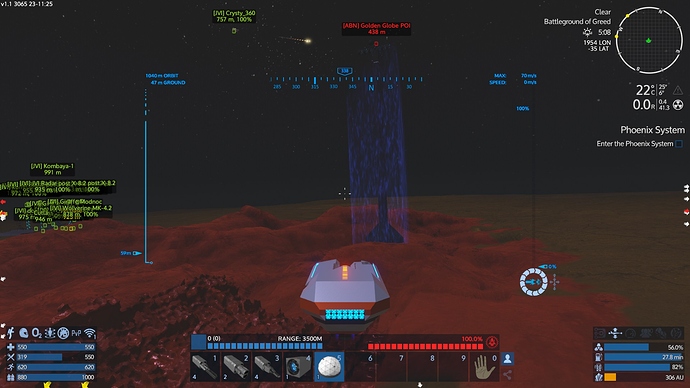 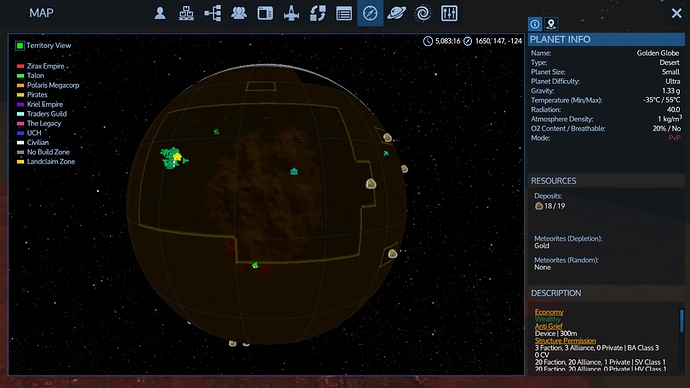 When did it happen? (Use server time: type ingame cb:time)
=> Today

On which Playfield?
=> GG

How can we help you now?
=> Just asking if that’s a valid strategy, seems a bit dirty but I can’t tell anymore what’s valid or not on hws just on intuition alone it seems.

1.Are players allowed to block off the GG gold piles with land claims and offline protection like this?

2.also side bonus question: are offline protected buildings supposed to shoot as well as being invulnerable and killing everything around them anyway with force fields or is the weapons being active a bug?

That is our gold!

Of course that is legal since it’s ABN faction and we are over in EU often. When it would be questionable is if the person who placed it started a solo faction with the intention of only logging on to refresh OLP.

my ynderstanding is no PRIVATE bases in pvp, seen loads with olp . it will shoot at you as long as its powered even if if olp is active

The only issue here i see really is the 2nd question. Offline bases are already invulnerable - for the obvious reason of making sure they can’t be killed - I don’t think Offline bases should operate as an offensive mechanic as well, but thats not an issue with what ABN are doing here, thats a game issue. I’m not even sure if its possible for @RexXxuS to amend whether Offline bases still shoot on players in the Config.

That is since XX Sessions… never change a running system just sayn.

They are able to defend themselves because of issues in the past. For example, building another base right up to the OLP base to block turret LOS. OLP has been like this for years, why all of a sudden the change?

I guess as a 1 season player I’m just not familiar with it, I’d literally not come across Offline protection bases until the last week, as it only seems to be a case when people CSW away from their main server and leave one there.

It seems a very badly thought out mechanic to allow a base to destroy things, while being invulnerable, and highly open to abuse. That said if it was put in due to other abuses in the past that is also troubling in itself.

We are all here to have fun - Yes there is a fun to be had in thinking up creative ways to play, to get around the intention of rules and come up with the best way of doing stuff. Bases that attack you, but can’t be attacked in return aren’t fun for anybody, IMO.

Correct. It is not breaking any of our rules. But as @0z said:

When it would be questionable is if the person who placed it started a solo faction with the intention of only logging on to refresh OLP.

If logging on only to refresh the OP, no matter if solo faction or not, basically not playing really on the server, technically abusing CSW combined with OP, then we would get an issue here.
For now I see regular activity though.

And no, OP is an internal mechanism, it worked like that since years and won’t/can’t be changed.

It seems a very badly thought out mechanic

Most things Eleon do are very badly though out.

Yeah i thought it would be an Eleon thing - i guess the only thing that can be done then is monitor it - it is clearly ripe for abuse, but nothing you can do about it from a technical perspective.

OLP has not really been abused on HWS for the 2 years I have been playing, at least on NA.