SG at REX (Donaris) not listed (to warp to)

What happened: This was my first try at warping using a SG. Fantastic experience. REALY like it. However, I can warp to ECC and Back to Don, but I tried all the Don gates (1-11) 2x and none of them end up at REX. There is a SG at REX so I can jump from there, just not to it.
Player(s) with issue: My guess is everybody, but not sure if anybody else tried this yet, should be easy to check if it works for you or not…
Server: EU
Time (cb:time): 21:22 CET
Playfield: Donaris
Structure Name(s): SG
Structure ID(s): ?
How can we help you now: Can you set a warp destination for SG at REX in Donaris and tell us, or number the SGs so we can tell ourselves what SG we need to get home.

hmm for me it is working.

Sounds like a fantastic place to build a turret ball.

Ok, I did not try Don-0. Was not aware that existed, but prob I did not read through everything. I that the SG we need for Rex? not on atm, will try once I am back 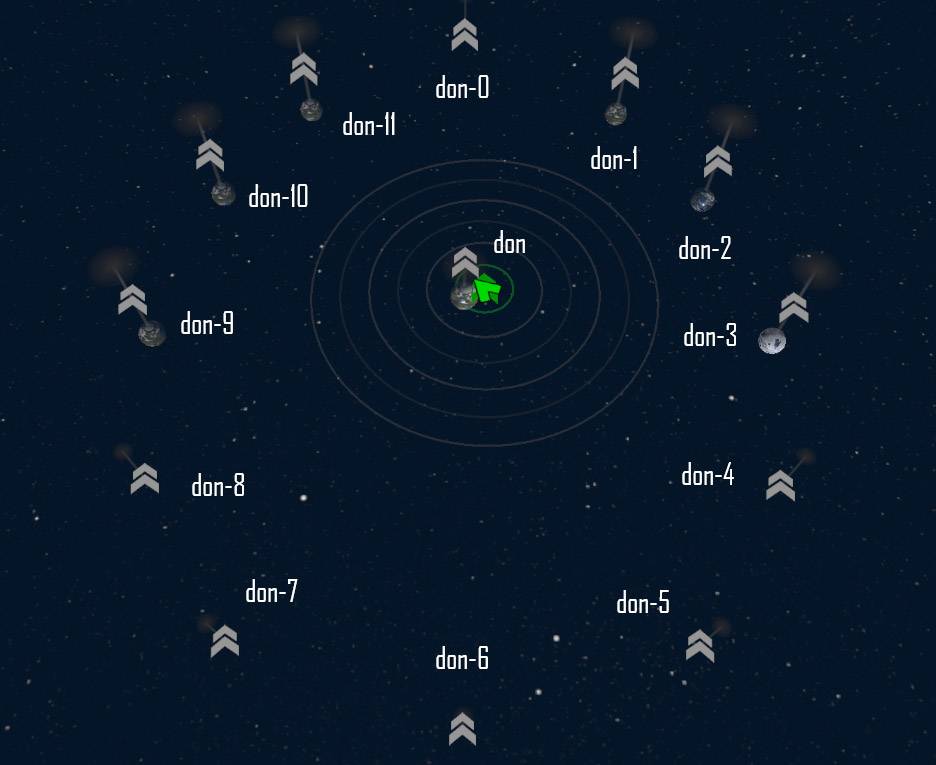 If you look closely you see I aligned all planets like a Clock. REX is at the very top. So yes, don-0 is your code.

Ok thanks, that helps. I will tell the others in our Faction.

Maybe for next round, name the portals with a number so they are easier to recognize (now they all have the same name).

But as I said before. Great new feature, makes our lives a lot easier

Thanks for the suggestion! If this is a welcome system I created here I will do it.

At the moment only one question bothers others and me:
should we make the Donare System PvE, because of Supergate camping.

It has many pros and many cons.
Not sure yet.

I jumped around all 12 gates 2x in a sled without meeting anyone, but this could happen.

I see 2 ways to solve.
Make PvE. I think that would be the easiest as I don’t think Donare was ment to be a fighting aera anyways. We have other systems for that. Disadvantage is that this could lead to parking large fleets of CVs with docked SVs and HVs in orbit. With the new way of dealing with structures (they only come into play when you are close to them), this may no longer be that much of an issue. But you will know that better than me. Putting a limit on it would probably not work very well (all faction members could come back from a battle with loads of CVs carrying SVs and HVs). Maybe a timer/Tax (cannot stay longer than 1 day in orbit) could work. But again, may not be that much of an issue with the new version of Empyrion.

The other issue is that ppl will start living in Orbit. Again Taxes or destroy structures after 1D or so may solve that.

The other is to impose the same rules as warp camping… In other words, it is not allowed and you would have to do a ruling if ever there was an issue around that. And tbh, what could be a reason that anybody but the ‘ppl living on the planet’ have of being around the SG locations… But as we all know, that never stopped anybody from trying… Emotions get high, they want revenge and suddenly rules go out the window. You’ve been there, seen that, many times.

Awesome! Thanks a lot for the feedback!

Great points and I think you brought me to a nice solution: the first time after 2 years (HWS 3.0) we will implement PvPvE rotation also to the orbit again!

So Monday -> Friday the orbit is PvE and Friday -> Monday it is PvP to clean up some lazy campers.

@open6L what do you think here ?

On a related note …
does using a Supergate count as “warping” for Freelancer daily RP gain ?

guess, I will find out tomorrow as I have not warped today, only used supergate…

Good solution. one suggestion : add the ‘no camping at SGs’ to the rules please. It sounds obvious that if warp camping is not allowed this will be the same, but some ppl just need to be told explicitly this is forbidden, otherwise they will probably suffer from selective amnesia at some point in the future…

I think since we cannot rely on common sense to prevent camping in situations that even shouldn’t be situations, then this is probably the best scenario @RexXxuS. I’m fine with the proposed changes to Donare Orbit. I’ve been trying to think of ways that EAH could prevent parking. Maybe an individual playfield timer instead of global where it removes a structure left for an hour or 2 hours in a static coordinate. That way it would clear ‘parked’ structures as well.