What is a game without beggars? 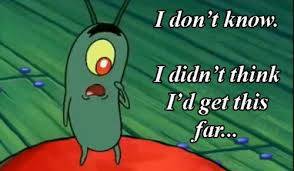 Maybe drop the RP required down a bit. As a space hobo you will be dying a lot and every 10 deaths is a loss of 1 RP.

Maybe have a Discord channel where all hobos can post their adventures around the galaxy and thank those who helped them out.

Are you going to be running a competitive challenge where you all start at a similar time? Or will it just be something that players do for shiggles?

and how you going to earn that RP, if you cant own CV

from guide:
"Freelancer
The smart discoverer - the imperturbable Freelancer

You catch a ride with someone…I do not know of any hobos that owning cars… You don’t need to be the one warping or has that changed?

As long as you have an epic, I am sure that I have done it in the past as a passenger and gotten RP. Perhaps an admin can confirm it