disclaimer i am not held responsible for any stolen BPS from factions because i write this. Hi guy if you ever wondered why your blue print where being used in over places the chances are that you had me in the faction . I would go faction to faction taking as meany blue print as possible and then use them for my own PVP use. yaaa was’t my best idea but i had fun and i suppose that is the point of a game. But i cannot stress another don’t go around doing what i did. Reason being it make a lot of extra work for Rexxus and he has another work to do as is
plus it not a verry nice thing to do. i was hunted in pvp in NA by ABN for 3 sesosns and i am still runing away

so as you can imagen it make my life very hard to get gold and also made it very hard to join any factions and i must admit i liked the adventurer of that and the struggle of getting around pvp . I rember the time when i had a space base in Hw for a hole sesen it was 63mi in deep space that was my first HWS PVP experiences 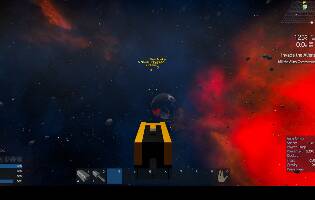 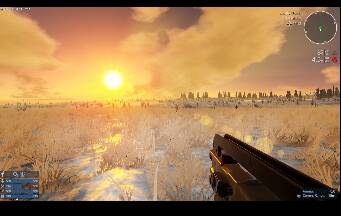 I have meany names on HWS ,fief,chiff,idot and meany more but then i started to sell the blue print i stole and that started a massive political fight in the four rooms which i will link below Pvp ships / But then i got a smack on the butt by Rexxus and did’t do it agine and was a lot more careful of what i did with these ships design

Part 3 How i proved that i did’t BP there ships but i did!
what I did was i went in to my blue print folder from my game file and then made a new folder on my desk top called emergency BP’s so that way i could record my BP list and show faction owners that i was not BPing there stuff. kinda making them think i did’t so i survived
a bit longer in the faction to get as meany BPs as possible. dont get me wrong i did join factions to stay in them Like ACME ,GMC and that lot because thay had respect for the person so i never sheared there stuff .

and after being kicked out of every faction nearly i started to build my own stuff can’t say it was much use but it allowed me in to PVP and could get away with the gold. You can see some of my old design in this YT video https://www.youtube.com/watch?v=Z-VAfF3zDe8&t=45s

part 4 of my story i had been in so meny factions i fell like a am going to need some fresh blood (just jokeing) I have been in ABN,LZR,OP4,Federation alliance,HOH ,ACME,GMC,F-U,PSY,U-T,i tried getting in to RED didt work tryed the hole steam name in Russian did not work at all. good for them:)

1.if thay wont talk on mic for no good reason that could be a traitor just like me
2.check who thay are friend with on steam see if there any of your enemy
3.ask them about what there goles are in the game and what thay wont to do
so if thay say i wont BP probely not the best idar to let them in

Text
4 . if thay are asking to be an admin in the faction all the time thay are probably wanting to nick your stuff:)
5.see if you can find any previus crimes on there record eg ask HWP if your concerned
Note to self one a member is in a faction ADMIN from HWS dont have to do anythink if you think thay are steeling stuff from you but thay might.

Chief is proud of what he did, he said as much and more in discord chat yesterday. He is posting videos and pictures and bragging about all the Gold and BPs he has stolen in his time on HWS. This is not a safe player to have. People work very very hard on their Blueprints, sometimes 100+ hours on a single ship. Chief has shown blatant disregard for this server and the players on it. He is not capturing them in combat, but stealing them from the players who choose to trust him and help him out. He is poison for the server.

After the discord lounge voice chat I have 0 doubt that chief will do all these things again and again, he was laughing and bragging about it not showing remorse less than 24 hours ago.

I was in voice comms with Cardboard and Chief both yesterday, and Cardboard is completely correct with all of it.

Basically, Chief just admitted to spying and thieving from other factions, for his own personal gain. If anybody looks at him like he is a “changed man” then they need their eyes checked. Chief, Cheif, Rhino, or Thief, however you may call him, is a bad name to be associated with. I never was in a faction that directly saw him stealing blueprints, but I have chased him away from many alliance bases when I was allied to him.

Thief Engineer is not to be trusted, and should’ve been banned long ago, in my opinion.

Do you have any idea how this sounds? You didnt stopped because you saw the errors of your way, only because it is getting old for you? Seriously?

I only throw rocks in glass houses. And I expect a different outcome each time.

I approved this “ticket” here to show the community what humans can run around and that they must be careful to let those guys in.
While all the prior incidents were noticed but never fully reported officially the true reason why I approved it is, to give him the last chance here on HWS.

If he ever dares to misuse name changing, faction politics, blueprint policies, etc. again, he will be permanently banned on all servers.

Wait, are you being Frank now, or Rhino? You are confusing me with the names!

i mean i am everythink lol