What happened?
=> I have just manufactured and fitted a T2 Warp Drive in my new CV and it still has a limit of 30 LY the same as the standard warp drive. I check it in the advanced constructor and it shows 30 LY as its max. It used to be 56 LY. The problem is that I cannot get to most of the solar systems which are over 30 LY distance even when going from system to system. 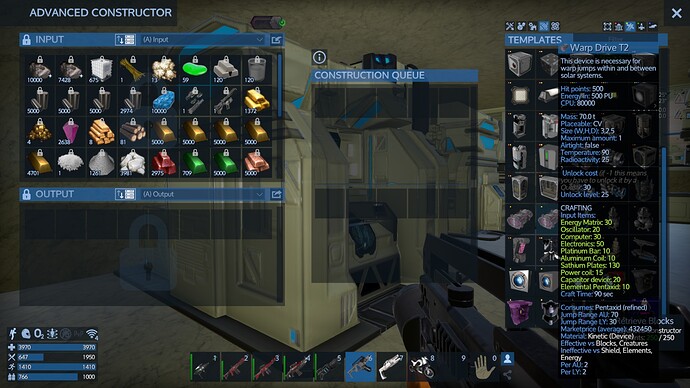 How can we help you now?
=> Please can you correct the Max distance for the T2 Warp Drive back to its original, otherwise no-one who makes a new CV will be able to travel anywhere useful. 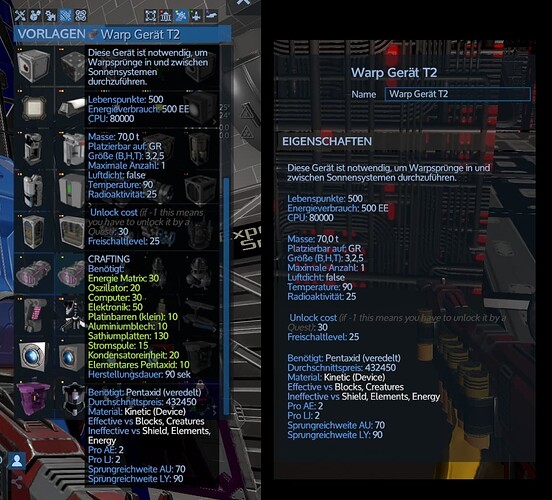 No problem here, also the Warp-Skill gets added.

@WhizZLe when did you get that drive? The T2 drive on my original CV had 56 LY range to start with, but this new one has dropped to 30 LY, which doesn’t seem right. I’ve spawned a superior CV but now I can’t go as far with it. There are systems I can no longer get to that I could get to with the old T2 Warp Drive on the old CV. Unfortunately I fed that back into the factory.
Also where do you get the Warp-Skill from?

I´ve builded it yesterday and put it right after that in my CV. First it also showed 56 LY but RexXxus fixed the missing Skill (i guess he fixed it today).
You can go to the Skill Master in the EGS HQ Building, where you can also get a bigger Stack Size. I am not sure but i think its one floor above the Marketplace or the EGS Zone.

Thanks. I’ll go the Skill Master and improve my warp distance. I think RexXxus will have to explain what happened to the T2 starting distance going down from 56 to 30 LY. Levelling up to Skill Level 2 seems to have got me a range of 90 LY -Yes!

It’s was an unfortunate math issue.
The logic that should be implemented from the start is that: 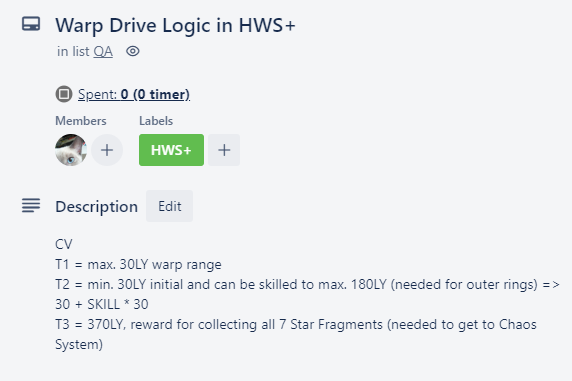