Please read the previous Announcement for some details around HWS:

Dear HWS Community, this is actually my first big announcement in 2020 and I can tell a lot happened meanwhile. I want to talk with you transparent about few things and especially invite you to our upcoming big birthday event on 1st March! [hws-birthday-4] 4 Years HWS It’s nostalgic but always incredible to think / talk about it. On 1st March 2016 I decided to open my own server called HWS. Jascha was kind enough to support my crazy idea and so our main intention was to create a fun and expl…

In this announcement I only want to share details about the Anniversary Event with you. 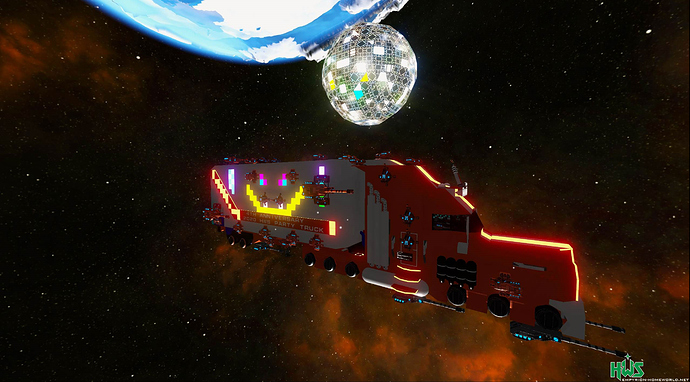 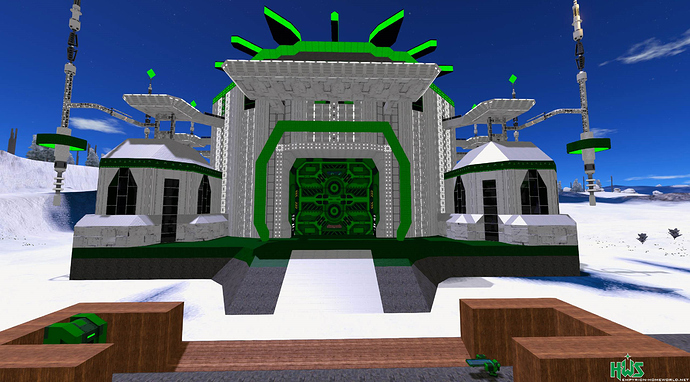 The second part happens either after 1 hour or if you were able to find me and destroy my Party Truck.
To start the last part you have to go back to ECC and fly to the Elemental Galactic Services HQ building.
Use the Event Teleporter (I will activate it then).
You get to the Anniversary Event Planet to start your search again!

Please note that I am in general very busy with Alpha 12 = HWS 12. The next season will be so huge, I have to redesign the Universe, all POIs, the whole Story, the whole PDA and more.
Sorry in advance for that rather sporadic organized event.

Still, I hope you enjoy it and either way: the message is that HWS gets 4 years old, which is insane guys!
With your help all of that was and is possible and we really appreciate that!!!
Be sure that there is coming much much more content and fun to HWS this and next years!

All the Best,
Your HWS Team!

Turrets on your cv is destructible?

no but good idea

What time we doing this? Is this only going to be on EU?

Nevermind, I am an idiot and skipped a couple parts.

I’m out, after the fiasco on EU with coring the disco CVs to deny others their share of the loot, its not worth the ammo to me IMO. On top of the horrible lag for a PvP event, yea I won’t bother. I won’t be involved on the NA event either.

Nothing against the event, its a fun change for once a year, but honestly lost the spirit shortly after it started.

Thanks for the feedback!
I try to improve it for the next year

The Event in detail:

Part 1:
You had to warp to the Anniversary Event Orbit and find me flying in a Party Truck.
But there were also 4 other Alien controlled “Freighter” Party Trucky flying around.

Since it’s PvE only [Aln] faction structures could get destroyed.

So I spawned my Party Truck and since I spawned it with commands, it means no loot would be inside of MY Truck. Random loot is only generated, when it is spawned by the game.
But my Truck is the same blueprint as the other 4 Trucks.
That means my Truck = no loot inside the Alien Container. The other 4 Trucks = Loot inside.

The idea was that those 4 Trucks would be the decoy to lure you away from me but in fact I lured you away from them.
Anyways, the whole objective to kill my Truck was to get the Event Reward of 4m credits and 2540 HWS RP.
Finding the other 4 Trucks and looting them was a gimmik, first come first serve.
I know some were upset about that but for that I prepared Part 2, where a Personal Container is waiting for you where EVERYONE would get something, first or last.

I am aware that some were upset, some didn’t like it and blamed me.
I’m sorry. 54+ players participated and it’s of course not cool for everyone.

Nevertheless I wrote down all the feedback I got from you. I made mistakes of course (sorry for labeling PvP but it was PvE on HWS EU).

Either way, the loot is not bad I think and I’m looking forward for another one year with you guys. The 5th Anniversary will be even more special and better I hope

Good night and thanks to those who participated of course!!

yes it had a few issues bit we still had a blast! this game is a constant learning experience for us all. was awesome to have so many in game and on discord. looking forward to more great events @RexXxuS

It was fun, i had better fps on NA than EU. Thank you rex for your hard work, u did great, cant blame you for buggy game.

ya maybe the PvP meat grinder was not such a good idea for this type of event. some had fun. others have salt. spawn kill prevention would be a way to keep the QQ down if it was possible. perhaps one day eleon will implement safe zones that prevent damage or even a spawn protection cool down timer that gets negated as soon as you fire a shot.

Good Morning,
Thanks again to everyone who participated and celebrated the 4 year existence of HWS!
I got a lot of positive feedback but also some furious, even insulting negative feedback with Patreon rage quits and what not… I’m sorry!
Always a thin line for my motivation to repeat such an event but my hope never dies that I could create an Event where everyone is happy about.
That I’m currently working heavy on Alpha 12 = HWS 12 reduced some quality of the Event of course…
I will improve next time and do better! That is what I’m trying since 4 years and it more or less worked…

Anyways, I clean up some things today and check all the details to hand out the Event Manager Rewards for you.
Additionally all Events will be activated again such as Eton, Battle Royale, FPS, etc.
Have fun and a great start in the week!