A police case on HWS

What happened:
=> At 2:40 am gmt +1 in the morning I decided to mine on GG since most of our hostile enemy are sleeping in this hour besides 1 guy who was busy on hw and having a conversation with Gareth_8000 on global chat. Gareth_8000 ( hws police )told that 1 guy on Global chat that there is someone mining on GG…

As soon I read that I tried to escape from my mining spot as fast as possible but it was too late. And that guy got me without the ability of defending myself.

I blamed Gareth_8000 for sharing a information on global chat about the whereabouts of players on which only a admin or a hws police can get and I blamed him for the disappearance of my 25 m hws garage mining sv which I bought from the 3 years event gift.

Instead of apologizing and taking responsibility of his own mistake. He wrote “always someone cries” and denied the accusation of sharing any information which is a obvious lie as you can see in the chat log. ( Ill send some screenshots again )

To be honest I was pretty suprise to see a hws staff behaving like this. He acted reckless and behaived carelessly. ( Who knows maybe hes been sharing these information in private chats. I cant tell since we cant trust him anylonger. )
These are not the qualities I expected from a hws staff. Would Rex acted and behaived like this? No and so should other staff aswell.

Here are the screenshots from the conversation. 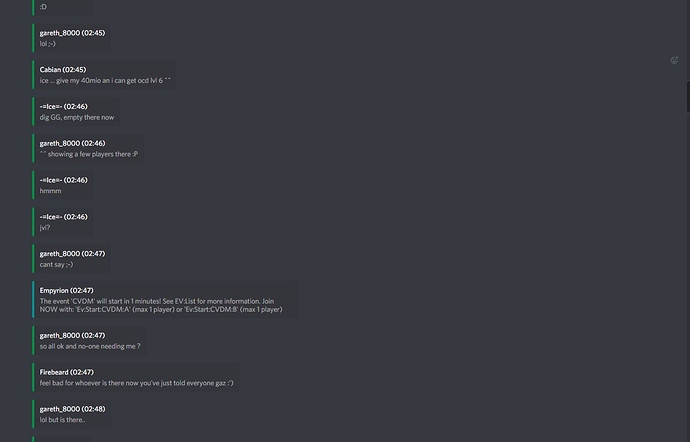 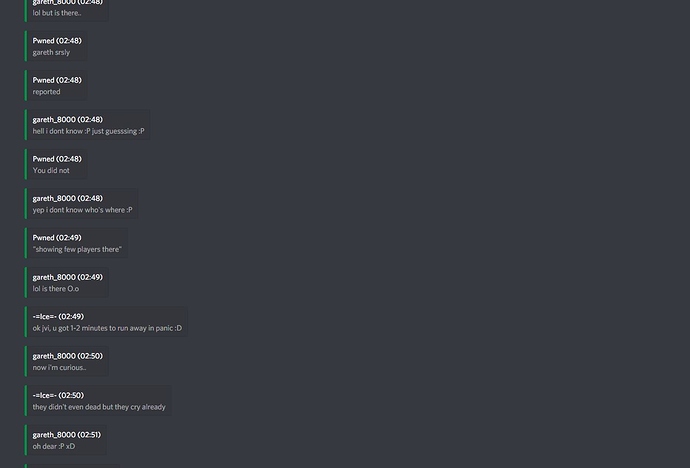 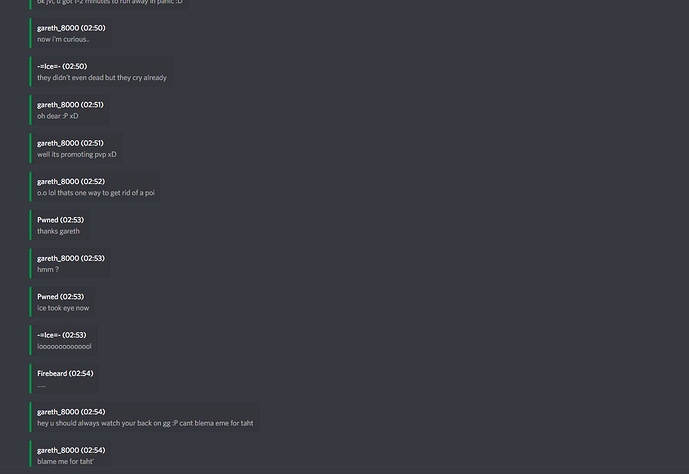 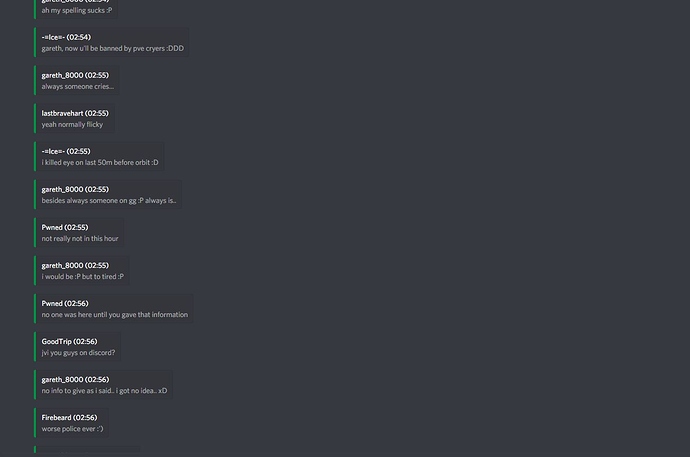 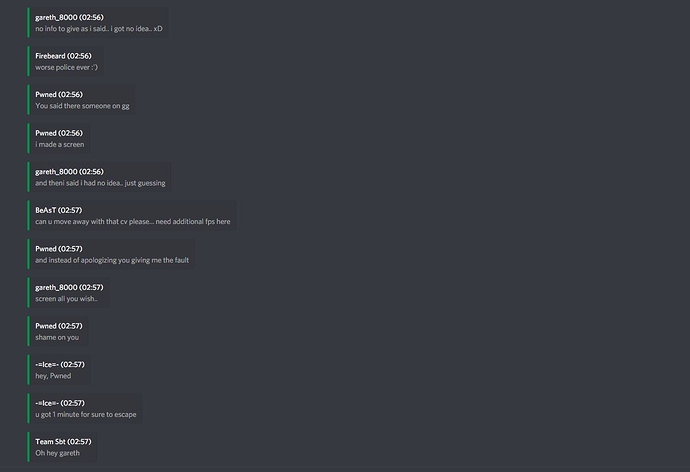 How can we help you now:
=> All I wanted was an apology

Hwp does not have the ability to see where other players are only admins can. So the accusation you have presented are false. If you read the guide it gives a description of hwp abilities and responsibilities.

This is true, we can not see more than the awrage player.
But, he should not use those words anyway, as it may trigger a hunt.

But he did not break any rules at all.

It could have been that he has fa:scan on and was able to say that it was showing a few players there, which would have made that language acceptable.

TL;DR: what @JUNIPER said is true.

I take such things very serious and investigated.
Overall you can call it “bad luck” or “unfortunate incident”. But @gareth did not intentional betray you or wanted to damage you in other ways.
He had no clue if someone was really on Golden Globe because he is not a Full Admin and has only the HWS Police Helping commands.
Here is the list of HWP commands:

Here is what means to show the playerids for example

At 2:46 Gareth made a random statement as you can see in the screenshot 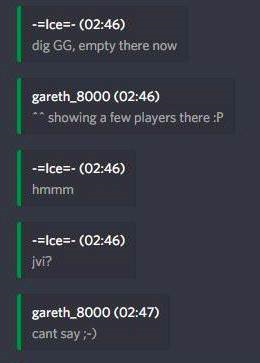 Combined with the explanation above and the fact he wasn’t on GG himself to spot you for example, it was a random guess indeed: 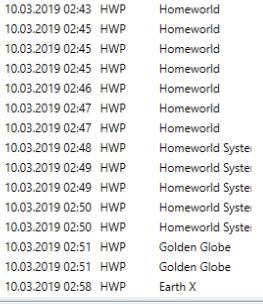 Checking the Golden Globe logs, you see it was also true that he said after that, that he was curious and wanted to check

Following the timeline closely =Ice= was on his way and in Golden Globe already before Gareth was further talking in chat.

The only bad joke from him was “well its promoting pvp xD”, which implies the drama, which happened here.

And as @TheState said, the feature “fa:scan” would show that in general, which is already a subject of criticism for the next season.

Overall quite unfortunately a lot of time was invested in this, even though it was based on just a random, unlucky joke, from an “authority” guy, which should not be accused of abuse - even though from a player perspective it was somehow logic too…

I recommend you clear the situation between each other in PM or so.

If gareth was not even playing, just there seeing if anyone needs help, he should not have been babbling about what was going on in GG or any pvp playfield at all.

I will state openly.
I don’t like the way this has gone down.

I see players feeling betrayed in global chat, other players slating police for this incident.

This is where all those team guidelines i told you about will work Rex…
And this would be one additional guideline for police.admin.staff

“do not announce the pvp activities of others”

It is very obvious since ice was there that as soon as gareth mentioned activity on gg, ice acted on that and went and killed a player.
Gareths position as staff would serve to ensure anyone would act on his information because it would be genuine.

Whether gareth did this with malicious intent or not is beside the point.
Staff members should not be revealing the activity of pvp players.
Especially if they are only there in the first place in help capacity and probably not even playing themselves ? not sure about that one.

I can only assume because shortly after the comments gareth asked if anyone was needing him, this is usually his cue to exit.

Now, anyone can say what they want about this incident, but it wont change the fact that at least 2 players in public chat openly opposed what gareth did and that is what concerns me, that is what tells me we need some TEAM guidelines.
And further, a known troll was made very happy for the event.
I dont like this.

@Pwned you should have got off that planet the instant an admin revealed your activity globally.

okay this has gone wayyy out of hand…

This goes to all parties involved,

yes… last night was just a big mesup and i appoligise to all parties involved, to admins (for this to actually happen), and to Pwned and his faction, and to other people involved.

With regard yes i was just messing around and stated that in chat, and that really bad timmings we’re involved, all of this can be taken from tha chat logs, i’m willings to replace your eye at no cost as this initially was my mistake.

With regard to the post, yes I was in the wrong and that I had no such commands and that yes… acted inappropriately.

I never revealed location of actual players and that the same info can be taken from fa:scan

I’m only human and will make mistakes every now and again and bad judgements calls, but please bare in mind i’ve taken my time on hws now for the past god knows how-ever long to support players as best as I can being called the worst police on hws does hurt, and that I am sorry for this to happen and I will replace what u lost due to my mistake / missjudgement, but please, if you feel that I have done something that you dont agree with, just pm me in discord or forum and we can talk about it outside global chat.

I will continue to use my time on HWS to support / help players out as I have done for the past several months,

take care guys and here is some info:-

To enhance the Role Play, help players in need and help with keeping an eye out, HWS introduced a “Homeworld Police” (HWP) faction on both Servers. But the Police also have some guidelines they have to respect: Police role is to offer advice on Rules and limited assistance if required Police are not to engage in hostility, ever. Defense is permitted as a LAST resort providing repeated warnings are given, but under no circumstances should a hostile player’s ship be destroyed or looted P…

Hey guys You may have seen me around in EU, trying to support players, alot of ppl still dont know who HWP faction are… HWP faction (Homeworld Police) are active on both servers (EU and NA), we try and support players to the best that we can with minimal commands, we have to try and think outside the box in some circumstances but we try and get the job done. We are normal players in the game who have dedicated our time and effort to supporting the admins (Rexxx and Jasch) as they are fully …

If gareth was on the server playing as a player using the same available features to players, discussing his scan results in public are no problem.

The title here is not the best, stating worst police because the activity had nothing to do with any official HWS police duty as far as I saw. It was the act of a player not a police.
As a player gareth has a right to use the features as they are in the context that are allowed.

Also gareth is well known for helping a million people out, I doubt he had any malicious intention.

Although it is easy to see how players could think he was working on behalf of one clan to stitch up another from the way events unfolded and the way this post was displayed, i don’t think this is the case.

He might have been trying to stir a little pvp activity

nothing wrong with that either.

Perhaps he will use better judgement when discussing his scan results in future as a HWS representative.

ah you posted while i was posting, sorry gareth

yeah it is out of hand just misunderstandings.
I wont say anymore.

First of all I want to thank @RexXxuS for his time and taking this matter seriously.

In the end Ice acted according to gareth which led to my misfortune. I agree with @_Furious_Hellfire in which he mentioned most things I would have further replied.

I apologize to @gareth for saying these harsch words towards him by calling him “The worst police” and thank you for the understanding.

Edit: @_Furious_Hellfire And thanks for your involvement on this thread and tried to escape the planet asap but I was kinda stuck underneath the ground