finally, after 3 months a new season is about to start!
But let me make this clear: the rework for the Invader vs Defender II for the Official Eleon Servers / Eleon took almost all my time. It was necessary and I’m happy I did it finally.
HWS however couldn’t shine with all my ideas I had. I am fully motivated for the next season though

And let me tell you as well: it will be a rework of the whole universe and more!

Anyways, here we go as quick as possible 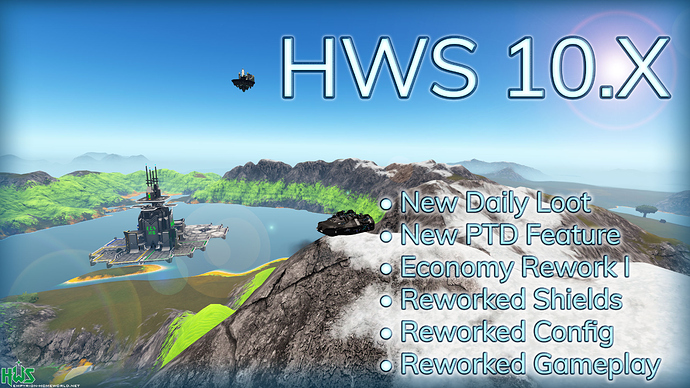 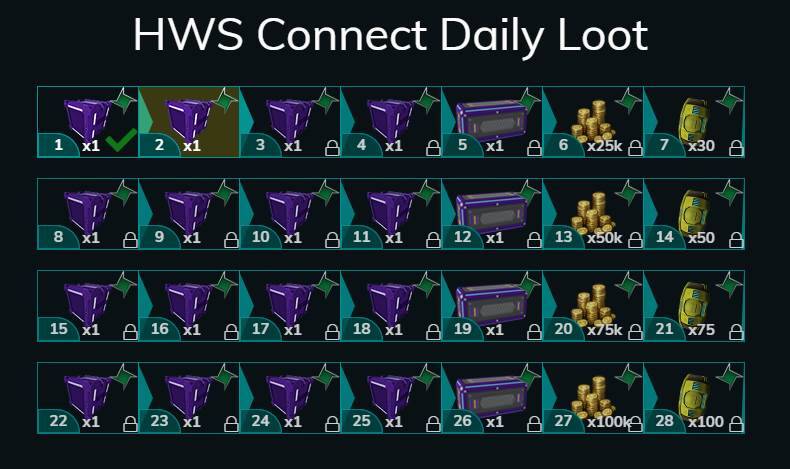 @Hayawen once again helped me with my crazy idea to rework the Daily Loot.
The old one was not intuitive and too simple for such a cool feature in my opinion.

The new should not only give you some goodies but generate also fun and some random chances.

The Large Box gives you a chance of Diamonds, Xeno Substrate, Money Cards, Auto Miner Cores, Epic loot or HWS Ingots.
Make sure to collect daily to be surprised about some new stuff

A hybrid of a Patreon Goal and a cool idea from @Hayawen there is a new Universe feature in HWS Connect.

This PTD can be used to teleport to pre defined locations from me. For now ECC > EGS HQ.
However:

The plan is to implement more locations such as Starter planets, to give you the option to get back in an unique way to help your friends, who joined recently.

Hello again HWS Community! Its been a really interesting several weeks of conversation. Thanks to everyone who participated in the poll I posted and for the new voting that you all contributed as the season came to a close. I’m excited about the work and thought that has gone in to the economy and I’m excited to announce the changes as well as share a bit more about where we’re at on projects we’re not yet ready to implement. A huge special thanks to Hayawen (will tag in final post) for his he…

Changelog v116 | New Season Config With the help of the community and observations, we adjust values continuously to improve the gameplay on HWS. The HWS 10 season is over and a lot of feedback was given. The first attempt of Shields and Carbon Blocks became popular and more or less accepted. However there is big room for improvements and the HWS 10.X season will change couple of things to provide a hopefully better gameplay. That being said, the biggest change is the revert of HWS specific ov…

Please make sure to read the changes in the link above.
I’m very interested in the outcome!
Highlights:

The Universe got some quick updates. The Orbits are now filled with Freighter and Carrier.
As well as new POIs.
Planets have more variety of POIs and rare resources are much more rare now.

The Homeworld System is once again pushed to one of the most lucrative places!

Sorry in advance!
That being said, THANKs for all the support, patience and playing on HWS!
Appreciate to see you being part of the HWS Community!

good work Rexxus keep it up meany thanks!

Shady Trader will buy Epic weapons from you. HWS cares about recycling! #gogreen

Decreased Deconstructor return factor from 90% to 50%

I am definitely looking forward to all the changes! Excellent stuff!

50% of the recycled parts go back into supplying the universe with energy. helps keep the sun spinning to provide light in dark times. it is an adventure all. we never know what’s around the next horizon. together we grow and evolve to make gaming great again! HWS takes a lot of slack for the work that they put in. the server hosts listen to our voices. the game devs listen to the server hosts. stay strong everyone. alpha stands tall

Because some asked: the PTD is coming ASAP once we fixed a little balancement topic