Tomorrow we are releasing the final HWS patch before 6.0.

We have been working hard to enhance the experience on HWS for the remaining time before the big 6.0 patch goes live.

Due to a change in development plans for 6.0 we have decided to release what was initially going to be those starter systems. One key change will follow into the next big patch also, sit down for this…

NO OCD within starter systems

So before anarchy, let me explain.

Balance is something that is really important on the server, We want the server to appeal to as many people as possible and so after some talks and feedback from players we decided that in the initial beginning all players will be on the level playing field.

perhaps ask yourself, when was the last time you needed to actually survive? for sure in the past with survival being more of a grind it wasn’t as much an issue…coming soon will be lots more depth and fun experiences for this aspect and of course we all like surviving otherwise we probably wouldn’t of purchased a game with ‘Survival’ in the name

So the most important reasons why:

We have ensured that the starter systems have more than enough of what you need in this 5.5 build so if you can’t leave you really are doing something wrong

No Trading Stations within starter systems

lots of reason why but main ones

Again originally intended for 6.0 starter systems but you can enjoy them now in all there glory 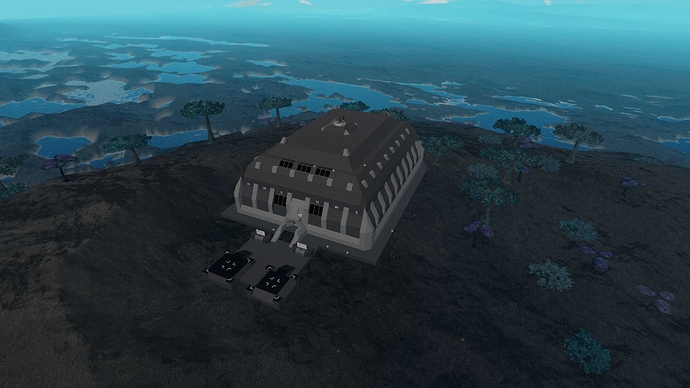 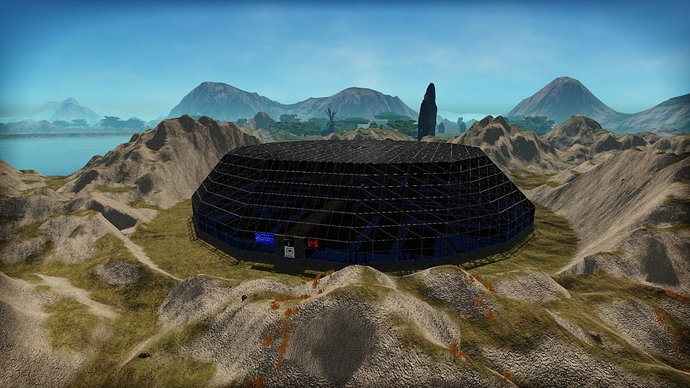 Again as these were for 6.0 i took the time for every origin to have its own unique starter planets. 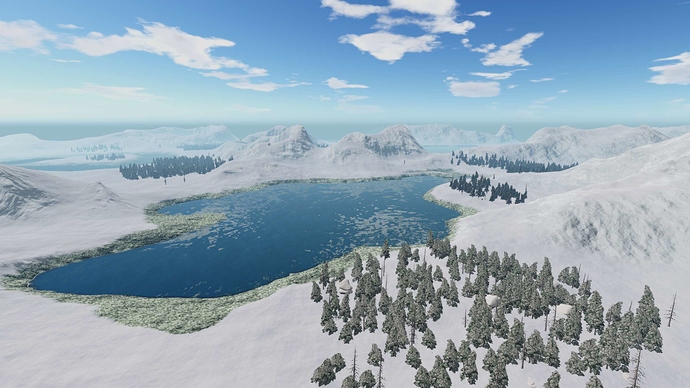 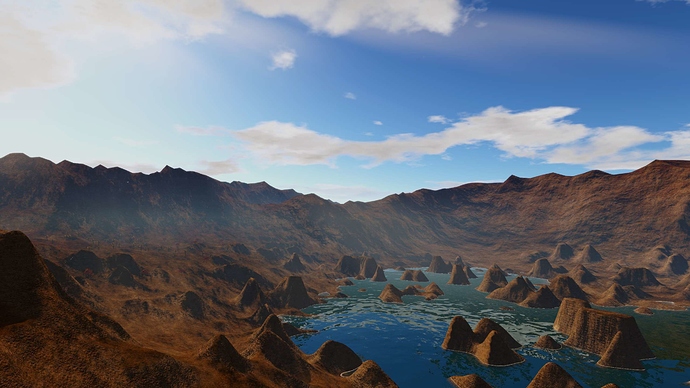 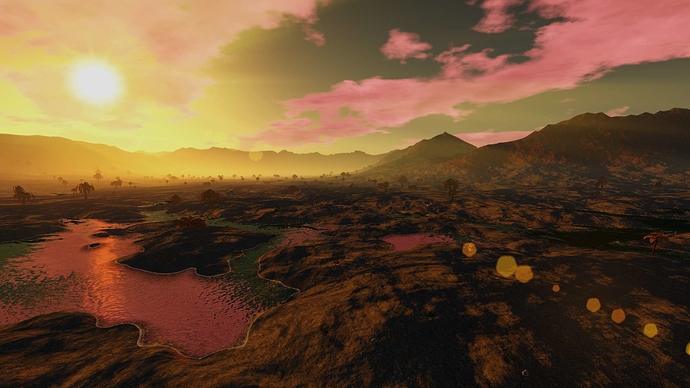 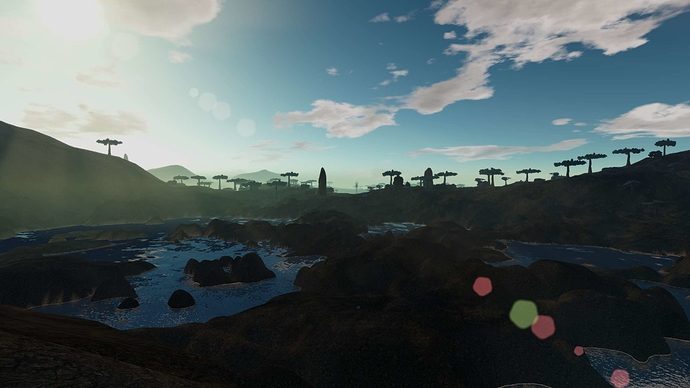 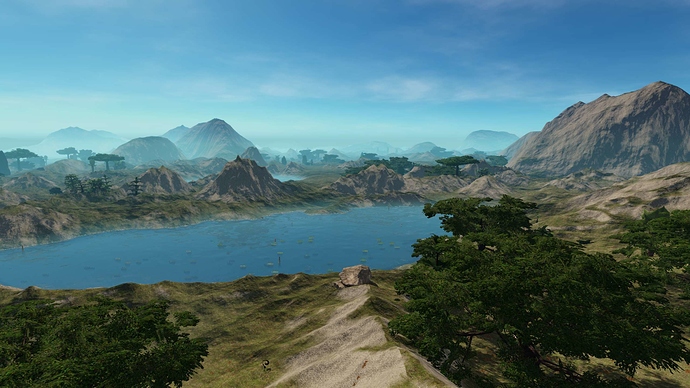 A new EGS command is available! Set your origin planet as a starter planet for faster comeback!
Type EGS:? ingame (must be on target planet to enable)

We implement the starter wipes again (so you also know how it will be in 6.0)

To help with performance and also those cheeky players who always find ways to kill my POI with dirrty tactics we have removed some belts and all the POI except for one…and this beauty offers more loot and danger than all the others combined anyway! 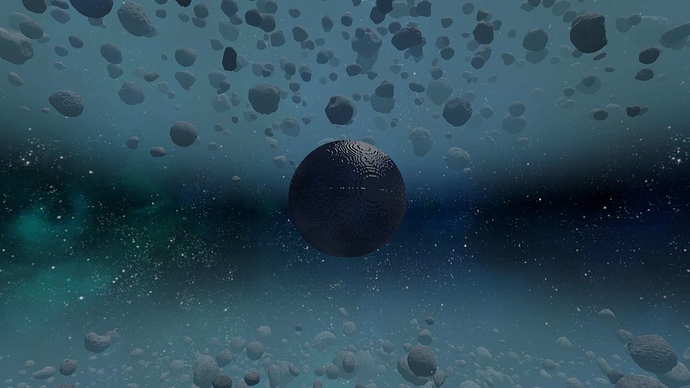 As we saw over the last days huge dramatically issues with Armageddon where nobody could login and not even devs could reproduce it we are forced to surface wipe the planet!

Upgraded Visual of Arma also, Spur of the moment…Snow wasn’t quite cutting it and thinking about performance ;)…It is same biome so Bases etc will all be the same just different visuals

(will still have to dig them out though) 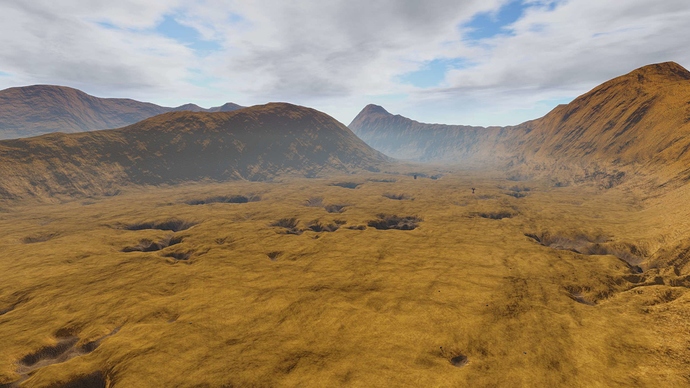 The rework of the planet is now to make it a faction-only planet. Just in case you are a monster lone wolf - create a faction or skip Armageddon:

So when will this patch be applied?

Prepare yourself till then!
At that time we wipe the starters once and from there on every Wednesday

And as a little bonus: CSW is active again! The rework took some time for Jascha but it is awesome now!
Instant, secure, easy if you meet the conditions:

`THIS Is an awesome update!!! Well done guys, as usual!

Yes great work. Thanks. Just one question (for now) - will the Lagoon Nebula or Origin planets be affected?

Also - it might be beneficial to state clearly that starter ‘orbits’ will not be wiped. Presumably that is the case.

P.S.: A new EGS command is available! Set your origin planet as a starter planet for faster comeback!Type EGS:? ingame

will the Lagoon Nebula or Origin planets be affected?

As a teaser: the surface on the origin planets will be cleaned in the second step to gain almost the full performance back.

Also - it might be beneficial to state clearly that starter ‘orbits’ will not be wiped. Presumably that is the case.

I am not a fan of repeating myself over and over again.
Since I put a lot of time in all that I request a very tiny self-management in getting information

Added the announcement that CSW 2.0 is now active too.
Have fun and thanks to @Jascha !

Man it’s funny, I was talking to my faction mates about how I thought it would be cool if no one could use OCD for one entire week when 6.0 drops, they said it would never happen as too many ppl would bitch, but here it is happening a few days later.

Is black hole going to have it’s reset time switched to the prime time that was voted in the last poll?? (Looked like 8pm EST for NA last time I checked)

Not yet. As mentioned in the other announcement. The new reset / restart times coming with 6.0 since we do a bigger tool adjustment then.

Would you consider moving Armageddon Poi reset to reset when the planet goes to PvP instead of pve like it has been? Pretty much the same group of ppl clear all the pois every day within the first few hours. I’ve never got a chance to try the alien cradles yet

A new EGS command is available! Set your origin planet as a starter planet for faster comeback!Type EGS:? ingame (must be on target planet to enable)

I don’t really understand what this means can someone explain this, please?

It means if you type EGS:? a list of commands will pop up if you follow them you can change location of your fresh start
so that you dont appear on starter anymore when you click it but rather on your faction origin planet.

Which is a good thing becuase if you had to start on starter after every pvp death and spend a few days getting off starter alot less people will pvp and more would avoid it.

Great work all! I’m excited to see how this works and is making me excited to be back. The only concern I would like to raise is about the roleplay aspect. 95% of the server understands the fun of RP on this server and even new people eventually reset if they selected the wrong origin.
My concern is that there is that small percentage that aren’t roleplaying and are bringing down the fun in certain origins…cough cough HUNTERS. The way that the hunter origin planet (for example) is being handled now, is not really in the RP of the game, and unfortunately because other origins cant enter that planet, there is no real way the community can police it, so I ask is the hws police going to be back in extreme cases of intentional RP deviation, or is it something that will just need to be ignored? I’m not talking about jail or anything like that, but they need to be forced to there proper origin, so they stop bringing a bad name to a good origin.

You may think you are being coy, but in reality its just confusing. There was no mention in this post that I can see that epics, gold, or autominers are now allowed in ocd 5. THAT is the reason for ocd 6. Not so that you can use it on starter? (which you could do before now with any level)

I don’t really understand what this means can someone explain this, please?

Updated it also on https://cmd.hws.global

It cost you 1 million credits

It cost you 1 million credits

Whoo! Pony up or work yourself off starter like a peasant. I like the grit! Gives people a reason to use those credits!